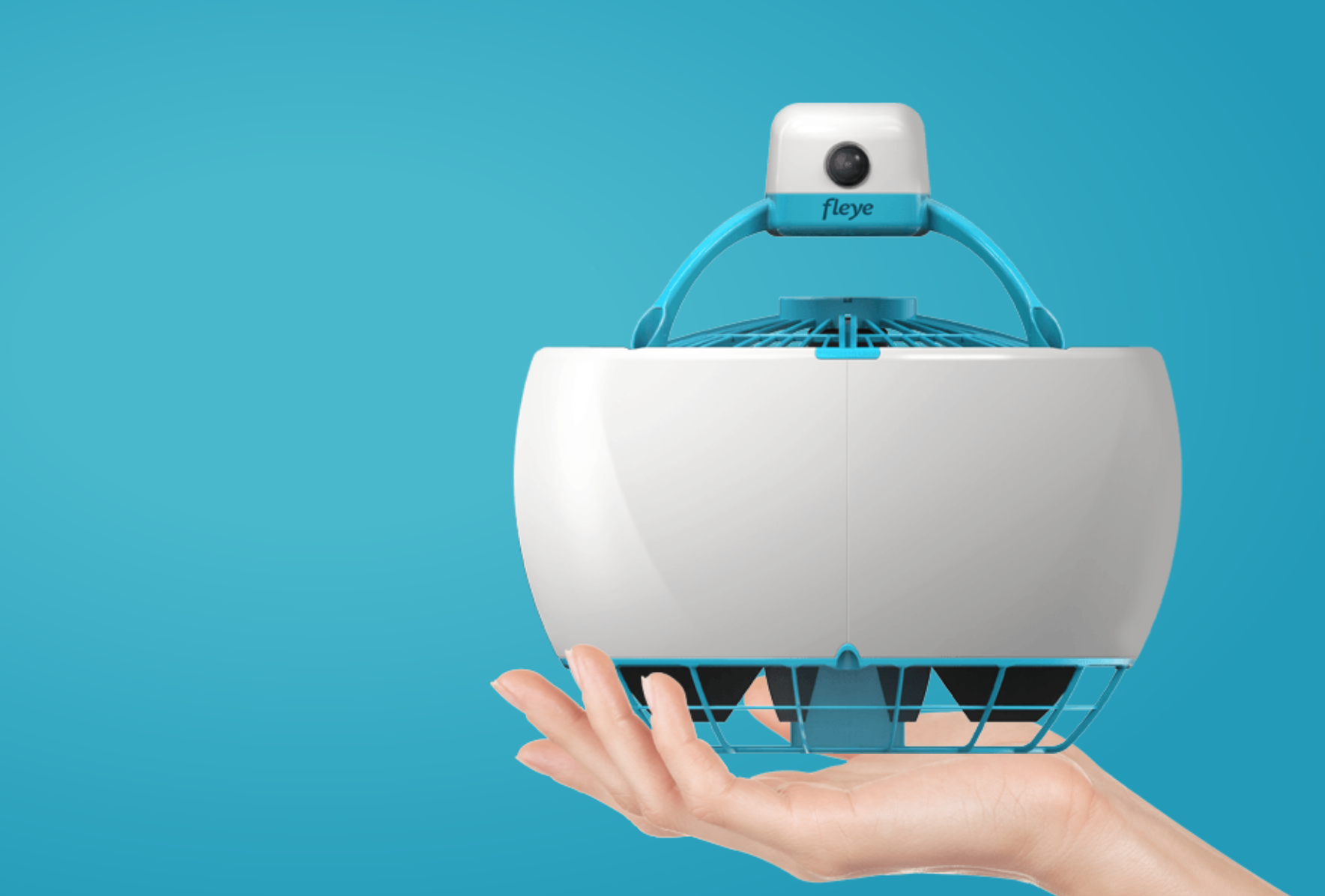 Fleye is a personal flying robot from a Belgium-based startup that features a very innovative design. Its developers are calling it “the world’s safest drone.” It has the shape and weight of a typical soccer ball and is designed in such a way that it’s safe to touch it while it’s in mid-flight.

But of course, it's not just for flying about randomly—it sports an on-board dual-core computer and an HD camera that can shoot 1080p video at 30fps, oh and also take 5 megapixel photos.

It can be flown remotely or with pre-programmed “missions” that allow autonomous flight. These “missions” include a Selfie mode, Panorama, and Manual, which allows users to program a route for Fleye.

Fleye can also be programmed to execute mission autonomously, reacting to what it sees in its environment. This means that, if a person or other object crosses its path, the little guy can move to avoid it.

It also have a number of different operation methods. It can be controlled using either the virtual gamepad in its iOS and Android apps, or with a bluetooth gamepad.

Worried that it will come crashing back down right after takeoff or that you won't be able t go anywhere exciting? Ultimately, a single charge keeps it in the air for 10 minutes. That may not get you to the next town or anything, but Fleye can reach a top speed of up to 16 km/h (10 mph), so it won't exactly be tied to your house either.

Fleye is the brainchild of electrical engineer Laurent Eschenauer and aerospace engineer Dimitri Arendt, and recently launched a Kickstarter campaign with a €175,000 funding goal. To date, they have reached well over $88,000, and they have only just begun. Ultimately, the project still has 38 days to go.

The team plans to start shipping out drones by September of next year.