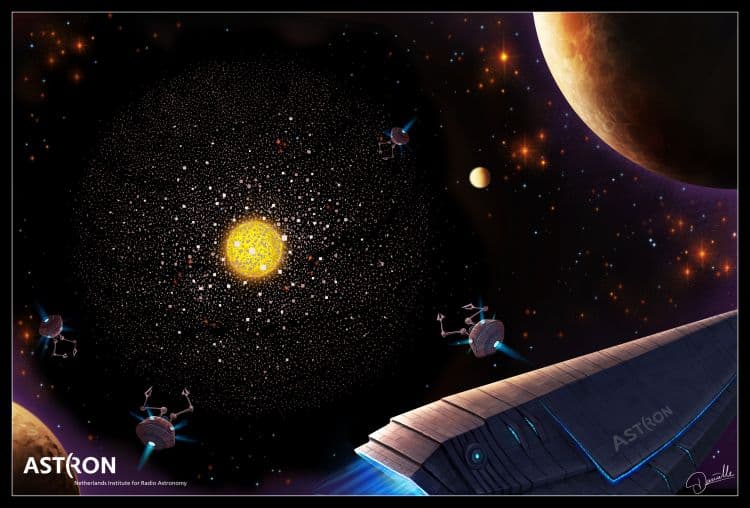 As the search for signs of extraterrestrial life continues to no avail, astronomers keep trying to refine our methods, and approach them from different angles. Now, new research—built on a similar paper published earlier this year—appears to show that finding technologically advanced forms of alien life may be even harder than previously thought.

According to a new report, researchers—led by Jason Wright (Penn State University) and Professor Michael Garrett (Netherlands Institute for Radio Astronomy)—have compiled a catalog detailing hundreds of galaxies where advanced civilizations are most likely to be found. The candidates, which initially numbered in the one hundred thousands, were found using NASA's Wide-field Infrared Survey Explorer (WISE). It scoured the entire sky, searching for galaxies with a specific characteristic—extreme, or otherwise unusual, mid-infrared (MIR) emission.

It has been suggested that searching for powerful sources of MIR could be more practical than looking for life in the visible spectrum, being that all concentrated efforts have proven futile. Specifically, many experts believe that MIR galaxies could serve as extraterrestrial beacons, leading us straight to the advanced, type III civilizations postulated to exist by the Kardashev scale.

The general idea, if it's unclear, is this: As civilizations move up the ladder, and move from pigeon carriers to quantum computers (and beyond), their energy demands also grow. They would inevitably generate significant amounts of waste heat, which should be detectable at certain wavelengths. Since infrared can pick up heat signatures, observing the sky in infrared and looking for unexpectedly strong sources of mid-infrared radiation isn't the worst idea...

Type III civilizations, particularly, would almost certainly leave an imprint on their host galaxies. To clarify, there are 3 main branches (7 in total) of the Kardashev scale. As of now, Earth inhabitants haven't yet reached type I status—and won't for some time to come (if ever).. Naturally, those in the third group are considerably more advanced. To qualify, an alien civilization must not only figure out how to harness the full power of a star, but conquer an entire galaxy—gaining the ability to harness all of its energy.

Painting By the Numbers:

The problem, of course, is circular. Indeed, examining galactic MIR emission could potentially lead us to type III civilizations. But conversely, If we are to assume that civilizations this advance actually exist, whose to say they haven't managed to build technologies that don't emit heat waste, or mask it? After all, isn't that kind of the point? Michael Garrett, one of the co-authors from the Netherlands Institute for Radio Astronomy, thinks so.

“Perhaps advanced civilizations are so energy-efficient that they produce very low waste heat emission products," he suggests. But "our current understanding of physics makes that a difficult thing to do."

This brings us back to another important concession: we don't know everything. Powerful MIR galaxies are poorly understood, but there are a few non-alien explanations. Namely, research shows that the signature can be produced by dust close to some external heat source—like sites of active star formation.

Garrett and other members of this research team believe that the vast majority of the new candidates can be explained by thermal dust emission. Those that can't likely have explanations rooted in natural astrophysical phenomena—demonstrating how tricky this method is.

“In particular, the galaxies in the sample follow a well-known global relation that holds for almost all galaxies—the so-called ‘mid-IR radio correlation.”

“The presence of radio emission at the levels expected from the correlation suggests that the mid-IR emission is not heat from alien factories but more likely emission from dust," they noted further.

Ultimately, the team concludes that one of two things must be true: either type III civilizations are extremely rare, or they simply don't exist at all. To interject some much-needed candor into this discussion, are we really surprised? Don't get me wrong... I love unicorns (especially space unicorns) just as much as the next gal, but I can't help but think that this misses the mark. We aren't even sure type I or II civilizations exist (we would need to increase our energy output thousands upon thousand of times for Earth to cross the threshold from type 0 to I, which some—like theoretical physicist Michio Kaku—speculate could, but probably won't, happen in 100 to 200 years)... let alone alien beings that can utilize the full energy output of hundreds of billions of stars.

To be clear, I'm not saying we shouldn't look, or that all efforts are a waste of time. Type III civilizations may remain elusive, but the research could turn up evidence of other types. I think most would agree with Garrett on this:

“What’s important is to keep on searching for the signatures of extraterrestrial intelligence until we fully understand just what is going on.”

In the mean time, other searches are taking place closer to home. For example, several folks over at SETI (Search for Extraterrestrial Intelligence) believe we should look for Dyson spheres. Read more about them below: