FedEx Wants To Track Packages On The Blockchain, So You'll Know Exactly Who Dropped Your Stuff

According to CEO Fred Smith, it's a case of adapt or go extinct. 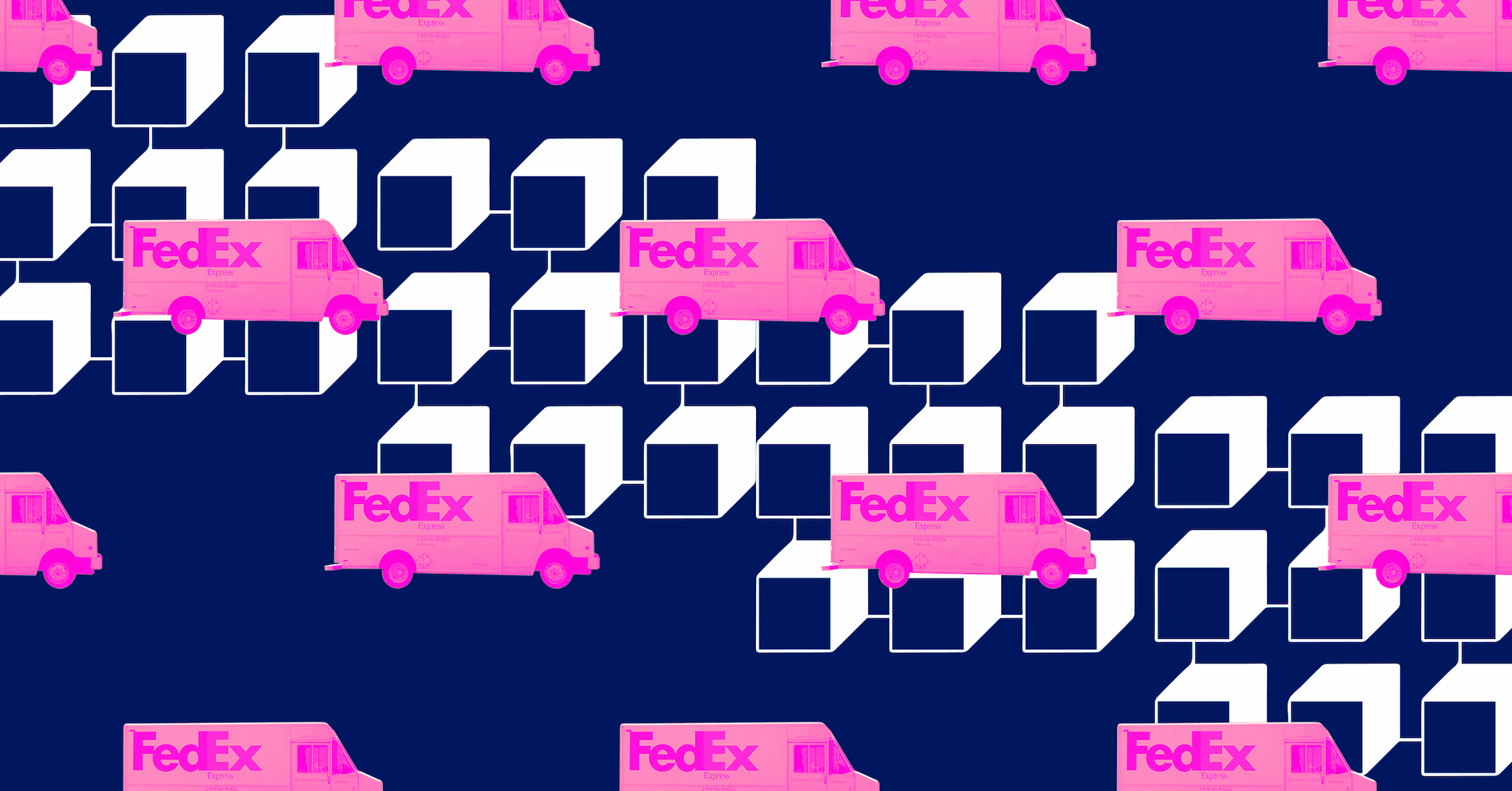 It’s official: FedEx is drinking the blockchain Kool-Aid. The shipping empire's CEO Fred Smith announced yesterday that the company will start using blockchain technology to track large and expensive shipments in the near future.

“If you are not operating at the edge of new technologies, you will surely be disrupted,” said Smith on Monday at Consensus 2018, the massive blockchain conference currently being held in New York. “If you are not willing to embrace new technologies like the internet of things and blockchain to face those new threats, you are, maybe subtly, at some point ... going to extinction.”

Investing in new, emerging tech could make for a good long-term strategy to make sure your company stays relevant in the vague, uncharted high-tech future. Whether or not this means any short-term improvements in FedEx service remains to be seen, but a couple of ways that they could benefit from using a blockchain have already been suggested.

For example: By tracking shipments on a blockchain, FedEx can instantly settle any disputes about delays, errors, and other problems that could happen along the way. That’s because the blockchain ledger, which is shared by everyone on the network, can't be altered by any one user, and the information on it is automatically shared with everyone.

But again, the ultimate problem with blockchain is a human one: While nobody could change the information on the ledger, someone could theoretically enter false information on a ledger, which is then distributed to everyone on that ledger (just because you have an unchangeable record of something doesn't make that record true). As the old zen koan goes: If a package on the FedEx blockchain "falls off the truck," was it ever there to begin with?

Whatever the case may be, FedEx argues that using blockchain technology will lower costs and help everything run smoothly while also leveraging the company as more up-to-date than any competitors. The company is also investing in drone flights and new tracking devices, according to Bloomberg. Hopefully one involves a sting operation on the shady neighbor who keeps swiping your Blue Apron — that would be innovative shipping.

Read This Next
Staking Ether
Oops! Ethereum's Merge May Cause Huge Problems With the SEC
Behind Bars
Guy Sentenced to Prison for Changing People's Cash Into Bitcoin
Much Wow
Two Blockchain Sleazebags May Have Crashed the Entire Crypto Market
Too Good to be True
Shockingly, Crypto Project That Promised 5% Returns Per Week Turned Out to Be a Ponzi Scheme
Fraud Squad
Coinbase Manager Arrested as He Tries to Flee the Country
More on Blocknik
Their Minds...
Jan 28 on the byte
Business Geniuses at Amazon Hard at Work on Hot New Idea: NFTs
Floored Apes
Jan 27 on the byte
Yuga Labs Says Its Bored Apes Are Absolutely Copyrighted, Thank You Very Much
Hi Haters
Jan 20 on the byte
Owner of Infamous Davos Bitcoin Car Gets Sensitive Over Crypto Criticism
READ MORE STORIES ABOUT / Blocknik
Keep up.
Subscribe to our daily newsletter to keep in touch with the subjects shaping our future.
+Social+Newsletter
TopicsAbout UsContact Us
Copyright ©, Camden Media Inc All Rights Reserved. See our User Agreement, Privacy Policy and Data Use Policy. The material on this site may not be reproduced, distributed, transmitted, cached or otherwise used, except with prior written permission of Futurism. Articles may contain affiliate links which enable us to share in the revenue of any purchases made.
Fonts by Typekit and Monotype.