Faced With a Nuclear Blast? Here's What You Need to Do to Survive

Tip: Do not wash your hair with conditioner. 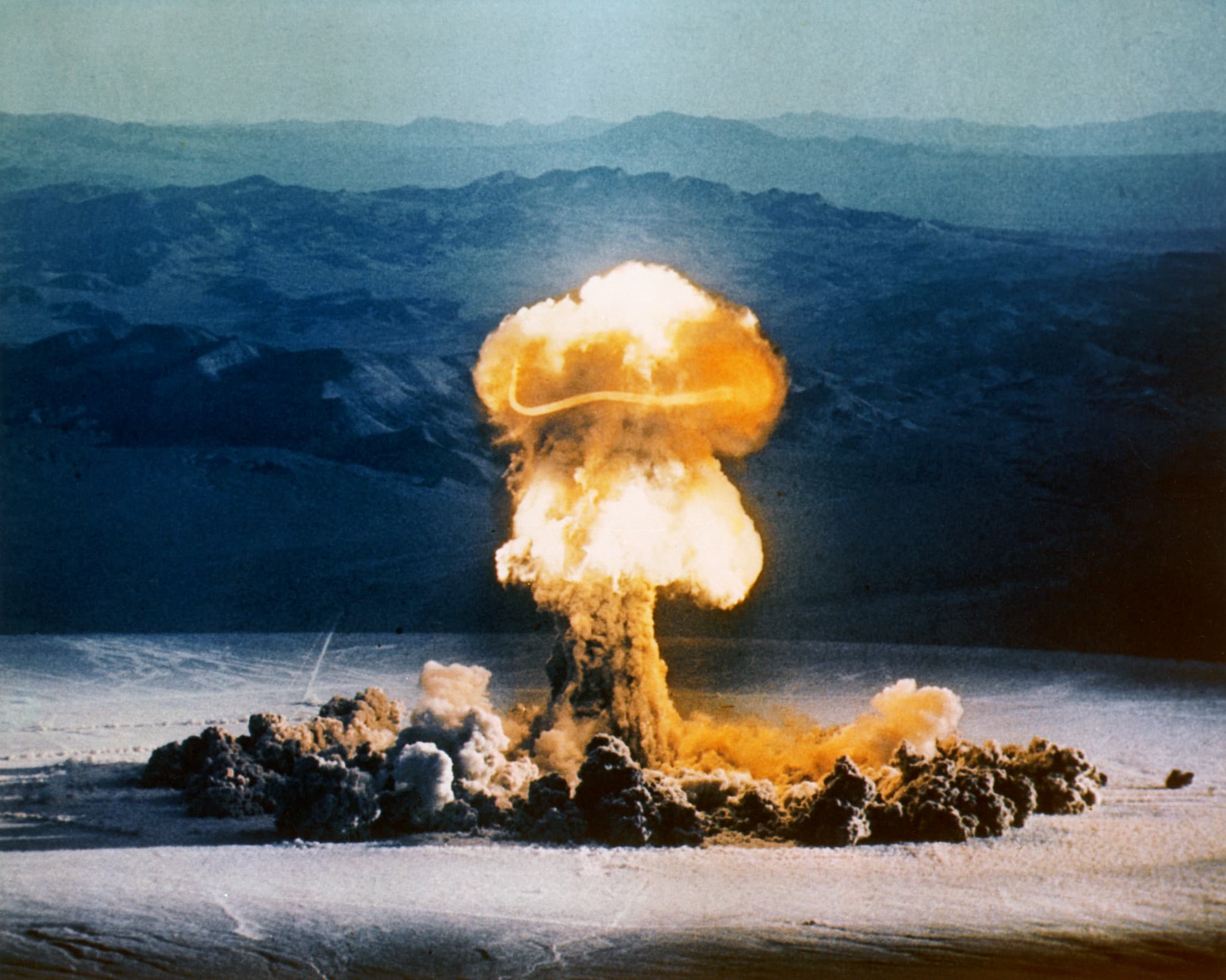 The Doomsday Clock was created after the use of atomic bombs on Hiroshima and Nagasaki to bring about a swift end to the second World War. Developed by an international group of researchers called the Chicago Atomic Scientists, the clock is a symbolic measurement of how close we are to nuclear destruction. The clock peaked at "two minutes before midnight" back in 1953, during the Cold War. More recently, the clock has been moved back to these Cold War era levels, with its tick to two and a half minute before midnight this January.

Now, tensions between North Korea and the United States are peaking, and while the clock has not moved, the rhetoric flying from Pyongyang and the White House is doing nothing to assuage fears of a nuclear showdown.

So, what can we expect from such a horrific possibility? Interviews conducted with survivors of the attacks in Japan give personal insight into exactly what happens to those unfortunate enough to witness a nuclear explosion. The testimonies were collected by the Hiroshima Peace Cultural Center as a part of the "Voice of Hibakusha" project.

Akiko Takakura was 20 years old when the bomb dropped on Hiroshima. He was only 300 feet from the bomb's hypocenter (ground zero). "I lost consciousness right after or almost at the same time I saw the flash. When I regained consciousness, I found myself in the dark," he explained. "After a while, a whirlpool of fire approached us from the south. It was like a big tornado of fire spreading over the full width of the street. Whenever the fire touched, wherever the fire touched, it burned. It burned my ear and leg, I didn't realize that I had burned myself at that moment, but I noticed it later."

Further from the blast, witnesses described intense heat, windows blowing out, and unquenchable fires. The blast could even be felt more than two and a half miles from ground zero. "I looked around and then realized that the girl lying nearby was heavily injured, with lots of broken glass stuck all over her body. Her blood had splashed and made stains on my shirt," recalled then-28-year-old Hiroshi Sawachika.

Read This Next
Futurism
NASA Scientist Says We Need to Stop Worrying About the Apocalypse
Futurism
New Video Reveals the Devastating Aftermath of a Nuclear Bomb
More on Hard Science
Warped Tour
Yesterday on futurism
Professor Believes Door to Warp Drive May Lie With Ethylene Glycol
Sky Bursts
Yesterday on the byte
Astronomers Intrigued by 25 Mysterious Repeating Radio Signals From Deep Space
Tractor Beam
Jan 26 on the byte
Scientists Build Working Tractor Beam, Although It's Comically Tiny
READ MORE STORIES ABOUT / Hard Science
Keep up.
Subscribe to our daily newsletter to keep in touch with the subjects shaping our future.
+Social+Newsletter
TopicsAbout UsContact Us
Copyright ©, Camden Media Inc All Rights Reserved. See our User Agreement, Privacy Policy and Data Use Policy. The material on this site may not be reproduced, distributed, transmitted, cached or otherwise used, except with prior written permission of Futurism. Articles may contain affiliate links which enable us to share in the revenue of any purchases made.
Fonts by Typekit and Monotype.