In Extreme Heat, Trees Stop Sucking Carbon From the Air

They also "sweat" to cool their leaves. 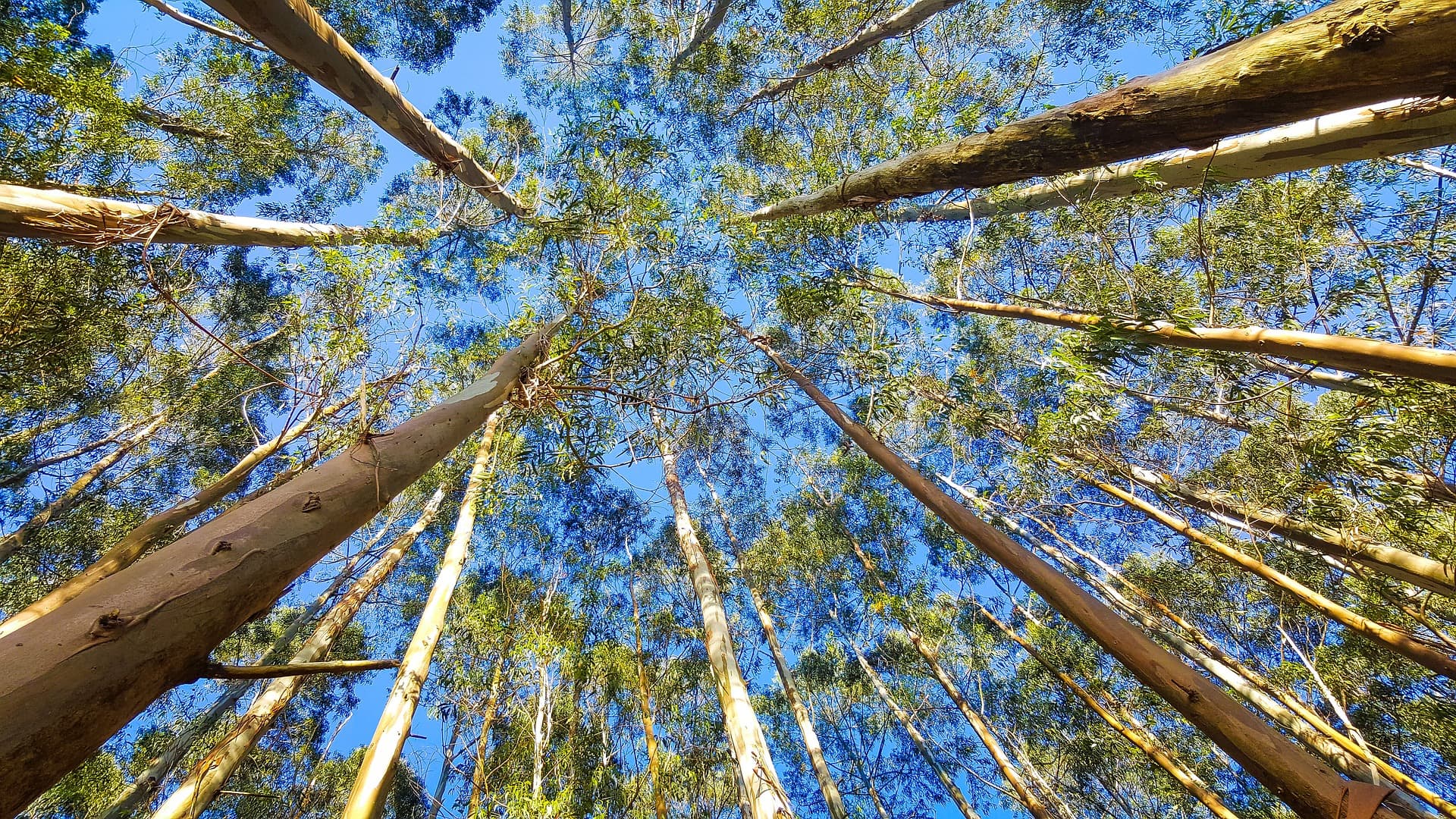 Researchers in Australia have made a strange new observation about how trees respond to extreme temperatures. After observing trees in the country for a full year, scientists from the University of Western Sydney’s Hawkesbury Institute for the Environment found that, in extreme heat, leaves "sweat" to survive.

Until now, it was believed that photosynthesis and transpiration (the process of water release) couldn't occur without each other. The new study, published in the journal Global Change Biology, showed that during extreme heatwaves trees temporarily stop capturing carbon — even as they continue to release water through their leaves. The "sweating" action helps to keep trees cool, but the observations regarding carbon capture have raised concerns about what will happen as global warming progresses.

If current predictions hold true, these extreme heat events will only become more frequent and more severe. Prof Mark Tjoelker, an author on the study from the University of Western Sydney’s Hawkesbury Institute for the Environment, told the Guardian that “If heatwaves occur over a large surface area. . .clearly, the trees and native forests in that area would take up less carbon. And if there is an increased frequency of heatwaves that obviously impacts their ability to serve as carbon sinks.”

The question is, do these findings mean it's conceivable that trees might stop capturing carbon altogether?

For the study, researchers planted a dozen “whole-tree capsules” with seedlings at two locations: the Hawkesbury forest and a site in Yarramundi, near Sydney. The pods were climate and temperature-controlled which gave the researchers the ability to control all the variables.

For half the capsules, the researchers simulated an environment for them to grow in where the average temperature had risen 3 degrees centigrade. This would model what far-future temperatures could be like if climate change is not curbed. Looking at all the trees in the study, they simulated several "heat waves" to see how they would cope. The trees grown in warmer temps didn't necessarily fare any better than the ones that hadn't. “It didn’t matter whether the trees were grown under current climate conditions or the 3C increase of the future," Tjoelker told the Guardian," they responded equally well."

Trees are known to respond to stress in a number of ways, and it seems that "sweating" may be just one example. Often times, that stress comes from human activity: nearby traffic to accidental injuries from lawn mowers, this stress can change a tree's appearance and slow its growth.

Further studies will need to be conducted using other tree species to see if this coping mechanism holds true for more than just the species in Australia. If so, it could spell trouble for humans. Trees are an important part of our ability to survive on planet Earth. Aside from carbon emissions, when we exhale carbon dioxide, trees capture it and convert it into oxygen.

Without major steps to slow climate change, extreme heatwaves and heat events will only become more frequent and intense. If trees begin to capture less carbon or stop capturing carbon altogether, the impact it could have on the human species, as well as the other organisms on Earth which depend on oxygen, could be profound.

For now, more studies are needed to help researchers better understand the process of "tree sweating" and whether or not it's possible that trees could one day stop capturing carbon. If that's the case, though, perhaps the research will also reveal it's possible (and necessary) to genetically engineer trees to ensure their — and our — continued survival.

Read This Next
Coastal Chaos
The Doomsday Glacier Is Hanging on "By Its Fingernails," Scientists Say
Remember Donald?
Donald Trump Goes on Bizarre Rant Against Electric Cars
Dry Dock
The Top 13 Wildest Objects That Terrible Droughts Have Revealed
Harambe 2.0
Freya the Boat-Climbing Walrus Euthanized Because of Stupid Humans
Disease Dilemma
Study: Climate Change Making More Than Half of Infectious Diseases Far Worse
More on Earth & Energy
Worm Solutions
Yesterday on the byte
Scientists Intrigued by Worms That Break Down Plastic Really Fast
Arrested Development
Yesterday on the byte
Climate Activist Conducts Interview While Being Carried Away by Police
Big Ship Big Sails
Tuesday on the byte
Supertanker Becomes Vastly More Efficient by Adding Small Sails
READ MORE STORIES ABOUT / Earth & Energy
Keep up.
Subscribe to our daily newsletter to keep in touch with the subjects shaping our future.
+Social+Newsletter
TopicsAbout UsContact Us
Copyright ©, Camden Media Inc All Rights Reserved. See our User Agreement, Privacy Policy and Data Use Policy. The material on this site may not be reproduced, distributed, transmitted, cached or otherwise used, except with prior written permission of Futurism. Articles may contain affiliate links which enable us to share in the revenue of any purchases made.
Fonts by Typekit and Monotype.