Kick battery anxiety to the curb. 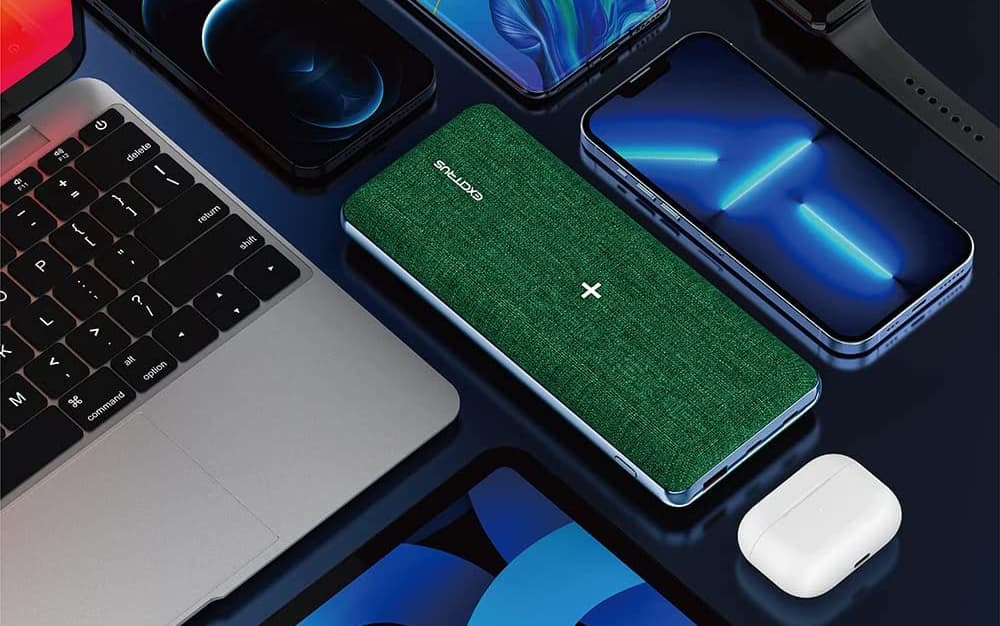 Nobody wants to deal with battery anxiety during travel, and you can end that issue once and for all  with Excitrus' excellent 100W Portable Charger. And for a limited time, you can get $10 off the price of $99.99 with a coupon on Amazon.

The 20,800 mAh power bank has one USB-A port, two USB-C ports, and a wireless charging pad built into the top, so you can charge multiple devices at once. In our experience, Excitrus' power bank recharged phones, tablets, game consoles, and even laptops at their highest possible speeds. The charging speeds did slow down when multiple devices were connected, but that's to be expected.

One of this power bank's understated features is its mesh-covered top, which makes it easier to grip while being pleasing to the touch. In a world of electrics made exclusively of black plastic, the dark green cover stands out in a good way. The wireless Qi charger built into Excitrus' battery pack is compatible with any device that supports wireless charging, but it has magnets that automatically align the iPhone 12 and iPhone 13 into place, and keep them from moving around.

We've primarily tested this power bank while traveling, and it's amazing how big of a difference it made during international flights. We never had to worry about whether we were near outlets, or wonder if our phones were going to conk out during an unexpected, extended layover. Many of us have had to keep our screen brightness low to conserve our device's batteries during travel, which inevitably leads to eye strain.

Knowing we had a power bank with enough juice to fully recharge our devices allowed us to keep their screen brightness to a far more comfortable level. It also allowed us to get work done on a laptop through an entire trans-continental flight without enabling any low-power mode features.

We guarantee it'll become an immediate part of your travel pack, whether you're on a train, plane, or automobile.