Even if We Save the Honeybee, Other Wild Pollinator Species Will Still Be in Trouble

"Levels of wild pollinators, such as species of solitary bumblebee, moth, and hoverfly, continue to decline at an alarming rate." 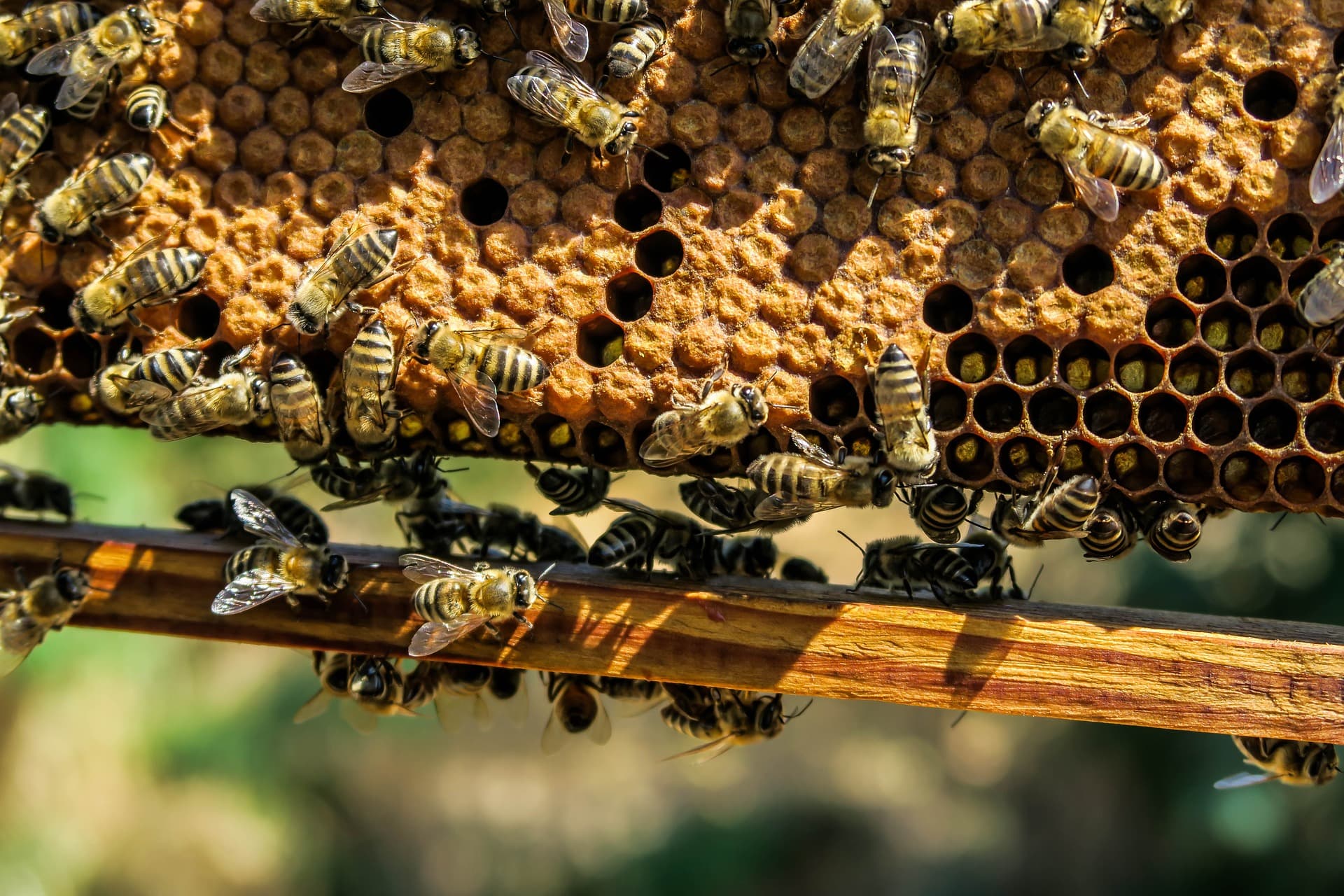 The importance of honeybees to agriculture and the pollination process is well known, and in recent years, a number of plans to save the declining honeybee population and protect them from their foes have emerged. However, based on a new study from a group of Cambridge researchers, we may want to think twice before stepping up to save this threatened species.

In a study published in the journal Science, the Cambridge group suggests that honeybees are actually contributing to the ever-increasing decline of other wild pollinator species. They say the public's perception of the situation has been skewed by charity campaigns and media reports, which mistakenly conflate the plight of the honeybee with that of other wild pollinator species.

"Levels of wild pollinators, such as species of solitary bumblebee, moth, and hoverfly, continue to decline at an alarming rate. Currently, up to 50 percent of all European bee species are threatened with extinction," said Jonas Geldmann, co-author of the study, in a press release.

Neonicotinoids, a type of pesticide, are hurting both domesticated honeybees and wild pollinators. Climate change is also a factor in their overall decline, as it could lead to pollinators coming out earlier in the year, only to starve due to a scarcity of food. But that's all pollinators that are in danger. Not just honeybees.

"Honeybee colony die-offs are likely to be a 'canary in the coalmine' that is mirrored by many wild pollinator species. The attention on honeybees may help raise awareness, but action must also be directed towards our threatened species," said Geldmann.

According to Geldmann, saving honeybees doesn't help preserve wildlife. In fact, their continued breeding in large numbers is actually having a negative impact on pollinators as a whole. Farming has decreased the effectiveness of honeybees' immune systems, and feeding from the same flowers as wild species can spread diseases into those populations.

Additionally, honeybees are, in a way, almost too good at pollination in terms of how long they're active and how far they can travel.

To illustrate this point, the Cambridge team points to how flowering crops such as fruits and oilseed rape/rapeseeds only bloom for several days or weeks. Honeybees, however, are active between nine and 12 months and can travel nearly 10 kilometers (6.2 miles) away from their hives. This means that once honeybees are done with whatever crops they were bred to pollinate, they will end up pollinating crops usually taken care of by wild pollinators.

Juan P. González-Varo, a co-author of this study, saw this situation unfold firsthand. During a previous study, he reported that the number of honeybees in the woodlands of southern Spain had increased eight-fold after orange tree crops fully bloomed.

"Keeping honeybees is an extractive activity. It removes pollen and nectar from the environment, which are natural resources needed by many wild species of bee and other pollinators," said González-Varo in the press release. "Honeybees are artificially-bred agricultural animals similar to livestock such as pigs and cows. Except this livestock can roam beyond any enclosures to disrupt local ecosystems through competition and disease."

González-Varo suggests we categorize honeybees as livestock that have a specific use, just as pigs and cows do. This shift in perception could lead to policies governing the size of honeybee colonies, where honeybees are kept, and the areas in which they're able to operate. Regulating honeybees in these ways could enable other wild pollinators to thrive and return to pollinating their own territories without competition from honeybees.

A recent study by scientists at the University of Hohenheim estimated that honeybees contribute between $235 billion and $285 billion annually to the food production economy. Perhaps finding a way to make other pollinators equally as profitable as honeybees could help their plight.

For now, though, ensuring that people understand the conservation crisis involves more than just honeybees is a good first step. This can be achieved through additional research looking into ways to promote the longevity of other species, and by charities and media outlets shifting the spotlight from honeybees to other pollinators.

Read This Next
My Octopus Teacher
Critics Horrified by World's First Octopus Farm
Big Fellas
George Church Has Raised $15M to Bring an Elephant-Mammoth Hybrid to Life. Could It Actually Work?
It's Baaack!
Scientists Thought This Creature Was Extinct For 30 Years. Then It Returned.
Pig Heaven
Assault Rifles Won't Solve Your Feral Hog Problem, Say Scientists
Futurism
AI That Counts And Identifies Wildlife Could Be A Game-changer For Ecologists
More on Earth & Energy
Dishonorable Disc...
Yesterday on the byte
Scientists Alarmed by Video of Deep Sea Mining Company Spewing Waste Into Ocean
Save Yourselves
Feb 5 on the byte
Furious Marsupial So Thirsty For Sex That It’s Dying, Scientists Warn
Stem Ware
Feb 3 on the byte
Scientists Discover World's Oldest Preserved Vertebrate Brain
READ MORE STORIES ABOUT / Earth & Energy
Keep up.
Subscribe to our daily newsletter to keep in touch with the subjects shaping our future.
+Social+Newsletter
TopicsAbout UsContact Us
Copyright ©, Camden Media Inc All Rights Reserved. See our User Agreement, Privacy Policy and Data Use Policy. The material on this site may not be reproduced, distributed, transmitted, cached or otherwise used, except with prior written permission of Futurism. Articles may contain affiliate links which enable us to share in the revenue of any purchases made.
Fonts by Typekit and Monotype.