European Space Agency Wants to Build a Village on the Moon 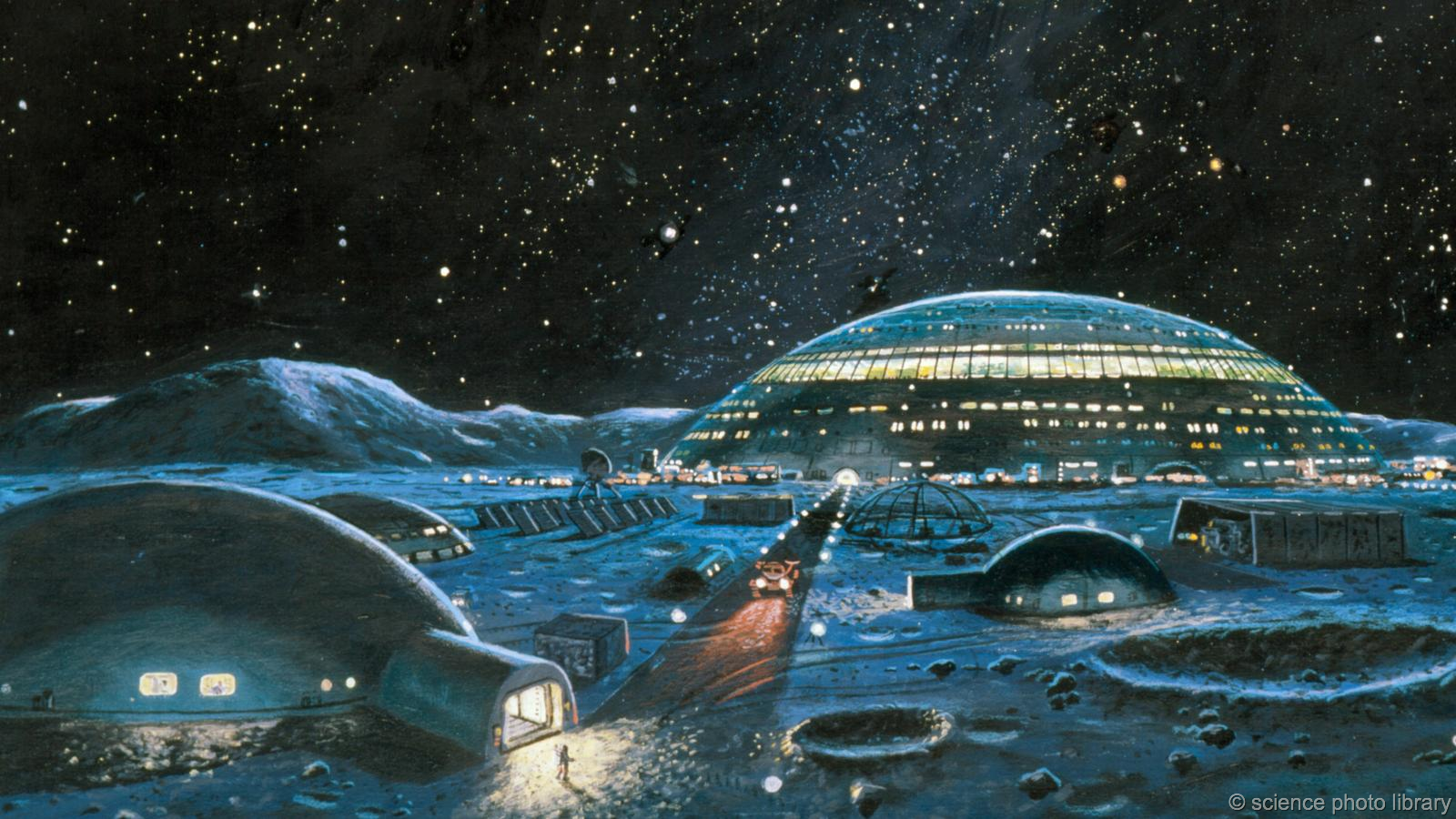 Diversity on the Moon

The European Space Agency (ESA) is planning to build a village on the moon. No, not a tiny research facility with a couple of sparse structures, but a full-on, habitable village with citizens from around the world, supported by robotic astronaut missions and support communication satellites.

The new Director General of the ESA, Professor Johann-Dietrich Woerner, has only been in his job for a week, but he has already produced a vision for the future of space exploration that is both ambitious and exciting. As a believer of international cooperation, Woerner sees the moon as a place to bridge Earthly problems, referring to America’s refusal to participate in the Chinese space program. He envisions the moon village to have astronauts, Russian cosmonauts, and Chinese taikonauts.

Woerner suggests that there is a wide array of practical reasons for going back to the moon. “The far side of the moon is very interesting because we could have telescopes looking deep into the universe, we could do lunar science on the Moon and the international aspect is very special,” he says. Woerner is skeptical of NASA’s current plans of skipping moon exploration in interest of Mars, suggesting that the technology that is to be used on Mars is first tested on the moon. For example, NASA intends to use a giant 3D printer to construct a base on Mars, an ambitious move for such a far-off location. Woerner suggests using the moon, which is four days away, to test the technology before flying off six months away with no failsafe.

While NASA had similar ambitions to Woerner in the 1960s regarding moon exploration, the U.S. space agency seems to have lost interest in the endeavor. “We should look to the future beyond the International Space Station,” states Woerner. “If you think about an alien visiting the Earth and seeing what we are doing here, I’m not sure whether they would land.”

The World Out There

The moon village remains a proposal for now, but Woerner emphasizes that every dollar put into space research is well spent. “Experience shows that there is no wall between exploration and practical applications,” he explains. “Look at the greenhouse effect - everyone knows what it is and we use satellites to investigate it - but this was not discovered on Earth, it was discovered by an exploration mission to Venus.” This idea is just the start to open up discussion on the future of space research, exploration, and technology.

“In our genes there is something beyond just practical applications,” Woerner says. “We like to discover, to pioneer – this is humankind and this is what brings us into the future.”

Read This Next
Monkey Business
China Plans to Send Monkeys to Space Station to Have Sex With Each Other
Overview Effect
William Shatner Says His Space Trip Left Him With a Feeling of Terrible Grief
Astronaut Drip
We Just Got the First Peek at NASA's Artemis Moon Landing Suits
Blast Off
Former Astronaut Details Quest to Grow Cannabinoids in Space
RIP
Unfortunate Comet Flies Too Close to the Sun, Disintegrates and Becomes a Ghost
More on Off World
Drama Bomb
Wednesday on the byte
European Space Agency Halts Plans to Send Astronauts to Chinese Space Station
Futurism
Wednesday on the byte
Asteroid Mining Startup About to Launch First Mission
Carry On, Wayward...
Wednesday on the byte
NASA Says Lucy Spacecraft Will Forge Ahead With Busted Solar Array
READ MORE STORIES ABOUT / Off World
Keep up.
Subscribe to our daily newsletter to keep in touch with the subjects shaping our future.
+Social+Newsletter
TopicsAbout UsContact Us
Copyright ©, Camden Media Inc All Rights Reserved. See our User Agreement, Privacy Policy and Data Use Policy. The material on this site may not be reproduced, distributed, transmitted, cached or otherwise used, except with prior written permission of Futurism. Articles may contain affiliate links which enable us to share in the revenue of any purchases made.
Fonts by Typekit and Monotype.