ESPRESSO Is Our Most Powerful Planet-Hunting Tool Yet

The terrestrial device could help us find habitable planets. 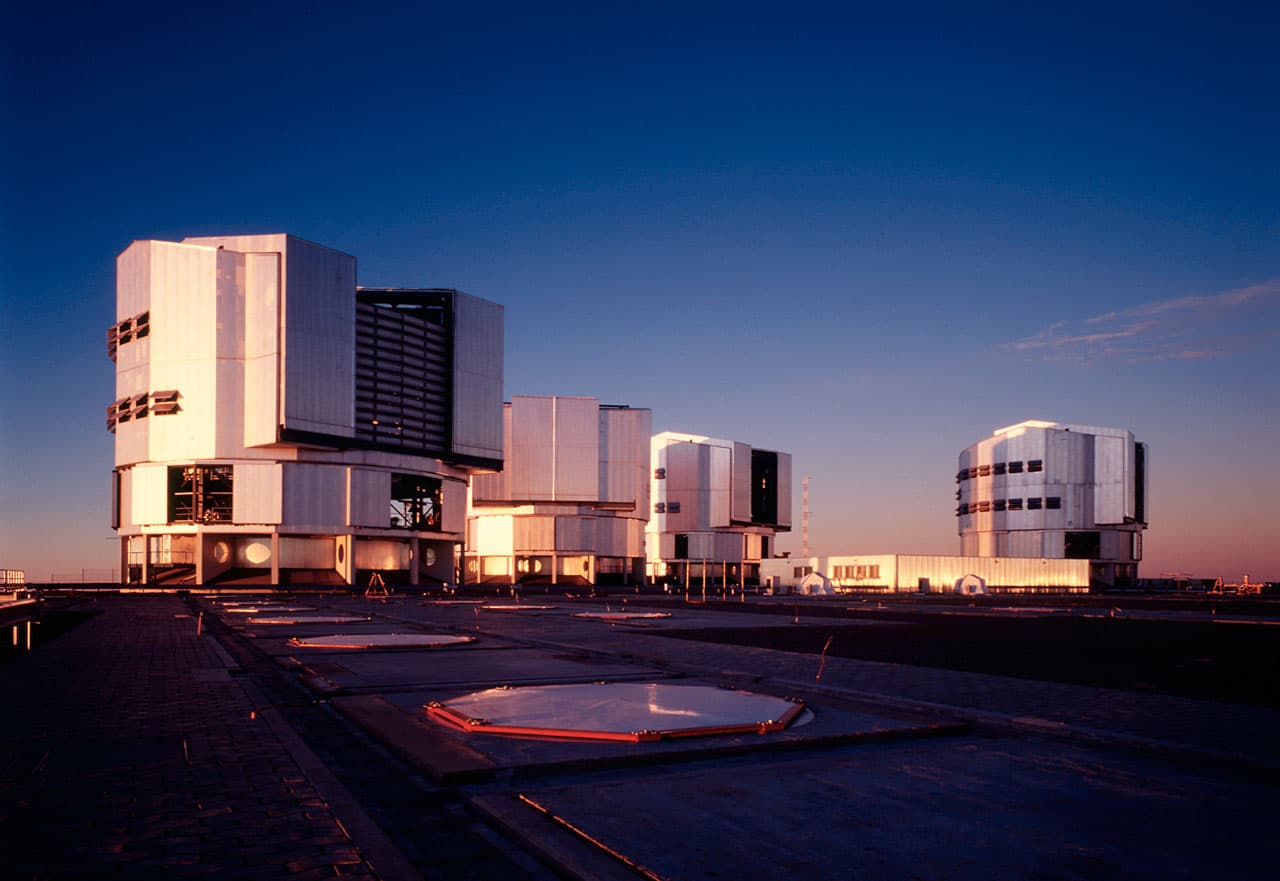 A spectrograph is an instrument that separates light into its various wavelengths, and a newly built one in Chile will serve as the most powerful planet-hunting tool ever used.

The Echelle SPectrograph for Rocky Exoplanet and Stable Spectroscopic Observations (ESPRESSO) is a massive device connected to the European Southern Observatory's Very Large Telescope in Chile. Based on the light the instrument detects, researchers can determine the radial velocity of stars in far-off areas of the galaxy. They can then look for variations in this speed that would be caused by planets.

"You imagine that you have a star which is low in the universe, so it's traveling by its own. So it will travel with a constant speed," Francesco Pepe, principal investigator on the project, told CBC News. "If there is a planet around this star, then by gravitational pull, the heavier the planet and the closer to the star, the easier it is that it will produce a larger gravitational pull, so the signal will be bigger."

ESPRESSO is hunting, specifically, for potentially habitable planets. So far, it has found dozens of rocky planets similar to Earth during its "maiden voyage," but the planet-hunting tool still needs to undergo an extensive calibration phase to ensure everything is working as planned.

Both ESPRESSO and the forthcoming James Webb Space Telescope (JWST) will scour the far reaches of space for habitable planets, but each has distinct advantages and disadvantages as a planet-hunting tool.

ESPRESSO has the advantage of being located on Earth, so anything that might go wrong with the instrument can more easily be fixed. However, that advantage comes at a cost — because it is terrestrial, the instrument has a much more difficult time seeing past Earth's atmosphere.

The JWST is predicted to be the most powerful telescope ever launched, but it won't hit the skies until 2019. Meanwhile, ESPRESSO has already been fired up and shown to work.

So, as our space-imaging capabilities continue to advance and new machines are built, will they look more like ESPRESSO or the JWST?

The answer to that will likely be determined by how well the two fare in practice. If the JWST operates without a hitch or researchers find they can remotely repair any issues with ease, that device might win out as the leading planet-hunting technology. But if mechanical issues that impair imaging arise consistently, ESPRESSO could be the blueprint for future systems.

Either way, ESPRESSO is a magnificent addition to our arsenal of devices helping us explore the far reaches of our galaxy. Perhaps the combined efforts of researchers using ESPRESSO and the JWST will lead to the discovery of the first extraterrestrial life or a second home for humanity.

Read This Next
Psychological Warfare
Experts Excoriate NASA Report Claiming James Webb Wasn't Homophobic
Accuracy Wall
Harvard and MIT Scientists Warn That James Webb Data May Not Be What It Seems
Outing Life
Swiss Government Scientist Says We May Be on the Brink of Discovering Alien Life
Nightmare Fuel
This Horror Story About the Webb Telescope Will Chill Your Bones
It's Baby
NASA's TESS Mission Has Spotted Its Smallest Exoplanet Ever
More on Off World
Light Me Up
Yesterday on the byte
Wall of Lasers Cuts Across Hawaii's Night Sky
Water Sign
Yesterday on the byte
Scientists Find New Evidence of Hidden Ocean World in Our Solar System
Trashing Orbit
Thursday on the byte
Elon Musk Says SpaceX May Build Starship That Dies on Purpose
READ MORE STORIES ABOUT / Off World
Keep up.
Subscribe to our daily newsletter to keep in touch with the subjects shaping our future.
+Social+Newsletter
TopicsAbout UsContact Us
Copyright ©, Camden Media Inc All Rights Reserved. See our User Agreement, Privacy Policy and Data Use Policy. The material on this site may not be reproduced, distributed, transmitted, cached or otherwise used, except with prior written permission of Futurism. Articles may contain affiliate links which enable us to share in the revenue of any purchases made.
Fonts by Typekit and Monotype.