How Are Energy And Matter The Same? 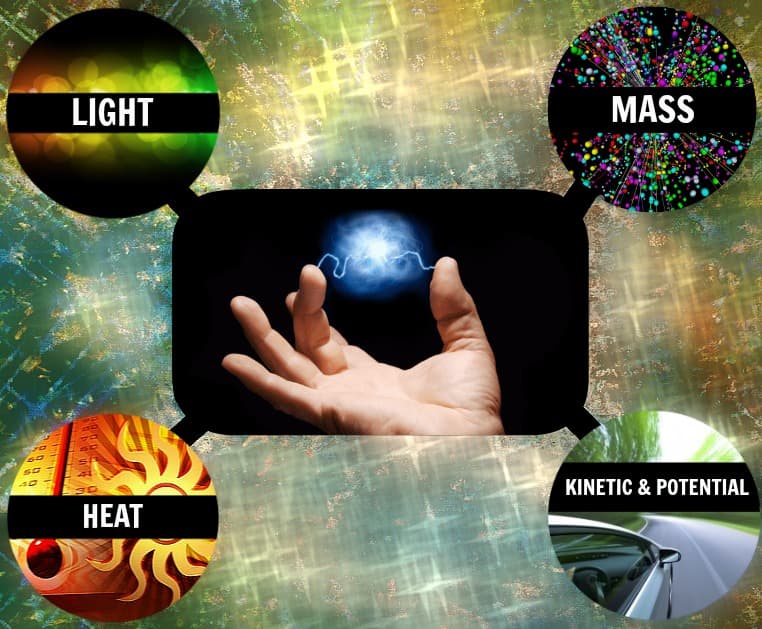 Albert Einstein’s most famous equation says that energy and matter are two sides of the same coin.
But what does that really mean? And how are equations famous?

I like to believe equations can be famous in the way a work of art, or a philosophy can be famous. People can have awareness of the thing, and yet never have interacted with it.  They can understand that it is important, and yet not understand why it’s so significant. Which is a little too bad, as this is really a lovely mind bending idea.

The origin of E=mc2 lies in special relativity.  Light has the same speed no matter what frame of reference you are in. No matter where you are, or how fast you’re going. If you were standing still at the side of the road, and observed a car traveling at ¾ light speed, you would see the light from their headlights traveling away from them at ¼ the speed of light.

But the driver of the car would still see that the light moving ahead of them at the speed of light.

This is only possible if their time appears to slow down relative to you, and you and the people in the car can no longer agree on how long a second would take to pass. So the light appears to be moving away from them more slowly, but as they experience things more slowly it all evens out.  This also affects their apparent mass. If they step on the gas, they will speed up more slowly than you would expect.

It’s as if the car has more mass than you expect. So relativity requires that the faster an object moves, the more mass it appears to have. This means that somehow part of the energy of the car’s motion appears to transform into mass. Hence the origin of Einstein’s equation.

How does that happen? We don’t really know. We only know that it does.

The same effect occurs with quantum particles, and not just with light. A neutron, for example, can decay into a proton, electron and anti-neutrino. The mass of these three particles is less than the mass of a neutron, so they each get some energy as well. So energy and matter are really the same thing. Completely interchangeable. And finally, although energy and mass are related through special relativity, mass and space are related through general relativity.  You can define any mass by a distance known as its Schwarzschild radius, which is the radius of a black hole of that mass. So in a way, energy, matter, space and time are all aspects of the same thing.

What do you think? Like E=mc2, what’s the most famous idea you can think of in physics?