Norway may no longer have gas-powered vehicles by 2025—that is, if a new piece of legislation gets ratified.

The proposal seeks to ban the sale of gas-powered vehicles in order for the country to reach zero vehicle emissions by 2025. And although many are skeptical about whether the legislation actually has a chance of passing, some individuals are pushing for it…including Elon Musk.

Understandably, this new legislation has the Tesla CEO pretty excited. After hearing of the news on Norway’s impending ban on gas-powered cars, Musk posted on Twitter a photo of the business newspaper Dagens Næringsliv, with the headline, “Stop sales of diesel and gasoline vehicles in 2025,” and added his own, “You guys rock!” 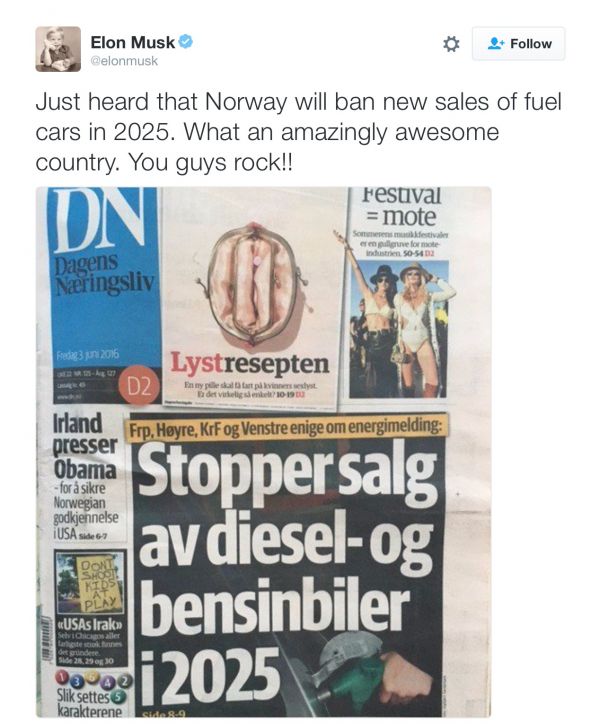 So far, four of Norway’s political parties have given their thumbs-up on the ambitious plan, but have neither finalized the legislation yet, nor given any word on when it might become law.

Still, this move from a giant oil and natural gas-producing country is laudable—oil and gas accounts for roughly 39% of Norway’s exports.

To date, 24% of Norway’s cars are already electric, and the country is spending $923 million to create new bike highways to usher riders around cities.