First Autonomous, Human-Sized Drone Will be Used for Organ Deliveries

These human-sized quadcopters are set to make important deliveries...organs. 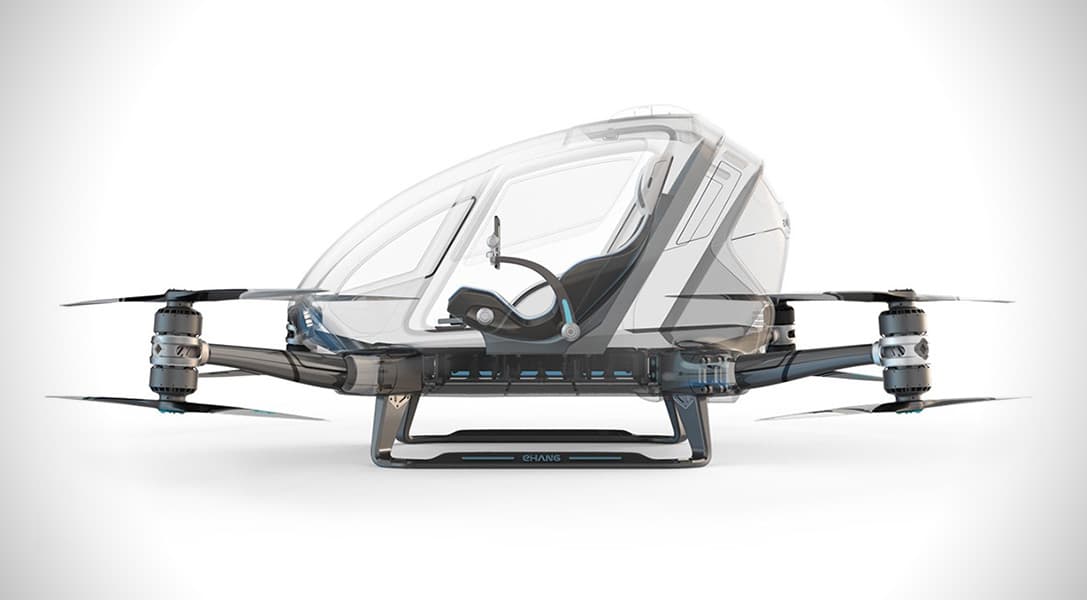 When the 184 was first unveiled in January, there was a lot of speculation regarding what EHang's human-sized drone, capable of transporting a passenger over 10 miles at up to 65 miles per hour, was going to be used for. While drone enthusiasts were looking forward to the Chinese manufacturer actually bringing its impressive machine to the market, others wondered if it was merely a promotional machine that would ultimately bring more attention to the company’s future fleet of unmanned aerial vehicles (UAVs).

However, today the company announced that the quadcopter is actually going to serve a very practical cause—delivering organs to transplant patients.

In partnership with Lung Biotechnology PBC, the 184 will be customized so that it can efficiently transport organs swiftly. The company is set to purchase and develop up to 1,000 units, with the intention of using it to automate the organ transplant delivery system.

The plan is part of the Manufactured Organ Transport Helicopter (MOTH) system—a 15 year plan that is still in its early stages, but could one day see contributing to hundreds of organs deliveries on a daily basis.

"The well-known locations of transplant hospitals and future organ manufacturing facilities makes the EHang technology ideal for Highway-In-The-Sky (HITS) and Low-Level IFR Route (LLIR) programs," said Martine Rothblatt, Ph.D., Chairman and CEO of Lung Biotechnology. "We anticipate delivering hundreds of organs a day, which means that the MOTH system will help save not only tens of thousands of lives, but also many millions of gallons of aviation transport gasoline annually."

Read This Next
Futurism
The World's Smallest Drone is Voice Controlled, And it Can Fit in Your Pocket
Futurism
This Autonomous Patrol Drone System Can Even Change its own Batteries
Futurism
Nevada to Begin Testing Autonomous Passenger Drones
Futurism
Malawi is Using HIV-Fighting Drones To Help Protect Infants
Futurism
This Flying Saucer Zaps Fires with Sound
More on Artificial Intelligence
Making Waves
Yesterday on the byte
Alien-Detecting AI Finds Eight "Suspicious" Signals
DAN vs ChatGPT
Yesterday on futurism
Devious Hack Unlocks Deranged Alter Ego of ChatGPT
Big Fish
Yesterday on the byte
Getty Images Sues AI Art Generator Stable Diffusion for Copying Millions of Its Photos
READ MORE STORIES ABOUT / Artificial Intelligence
Keep up.
Subscribe to our daily newsletter to keep in touch with the subjects shaping our future.
+Social+Newsletter
TopicsAbout UsContact Us
Copyright ©, Camden Media Inc All Rights Reserved. See our User Agreement, Privacy Policy and Data Use Policy. The material on this site may not be reproduced, distributed, transmitted, cached or otherwise used, except with prior written permission of Futurism. Articles may contain affiliate links which enable us to share in the revenue of any purchases made.
Fonts by Typekit and Monotype.