DuoSkin: The Tattoo That Lets You Control Electronics From Your Skin

It's way cheaper than other on-skin touch interfaces. 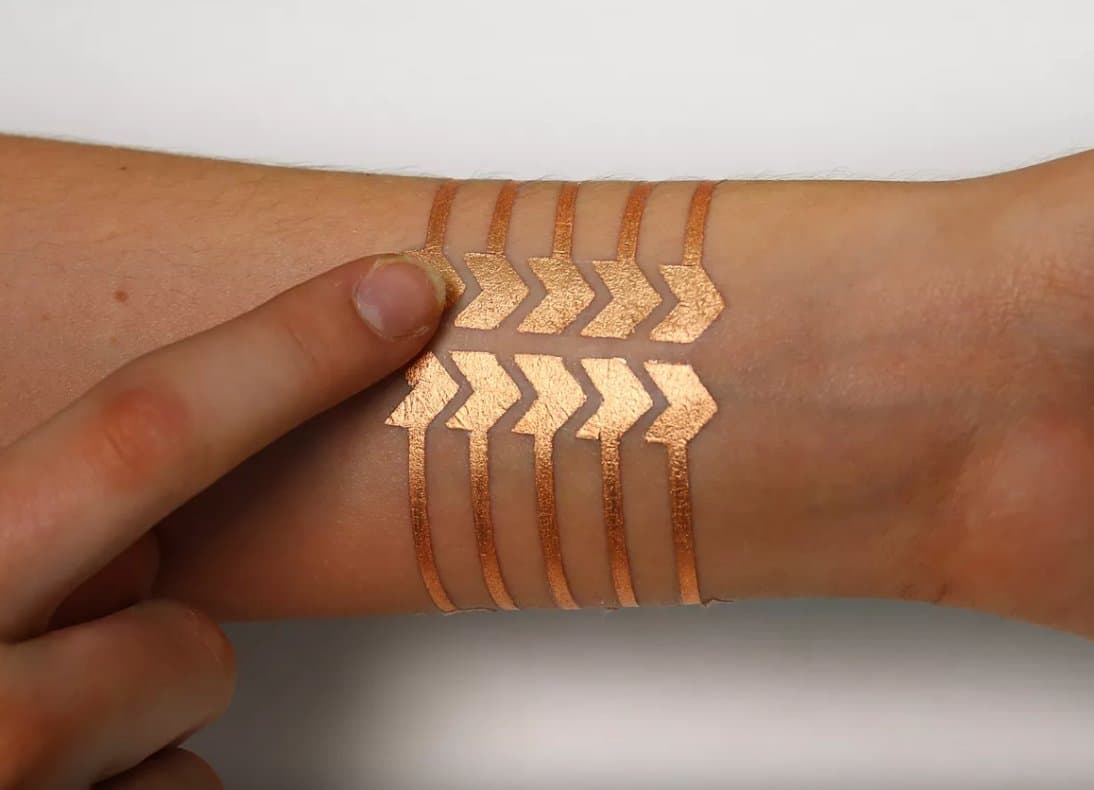 Researchers from MIT have developed a way to turn your skin into a touch interface for your devices using gold leaf tattoos — and it’s way cheaper than other on-skin interface fabrication processes.

The simplicity of this process brings us to an era of decorative body-infused electronics that would look much more organic than other currently existing devices.

“We believe that in the future, on-skin electronics will no longer be black-boxed and mystified; instead, they will converge towards the user-friendliness, extensibility, and aesthetics of body decorations, forming a DuoSkin integrated to the extent that it has seemingly disappeared,” the team notes on their site.

The process involves simple materials: vinyl film, thin tattoo paper, adhesive, and gold leaf sheets. These are layered on and cut based on a stencil that can be made through any design software. Surface-mount electronics are then punched through a small hole in the tattoo paper. This attaches them to the gold leaf which does its magic as the conductive material.

The whole process can be mass produced by machine, or created by users manually. Users would apply this onto skin, just like a temporary tattoo—by sticking it face-down on your skin and dampening it with water.

So far, the team has used the gold leaf tattoo interfaces for three main functions. First, they used it as an input device, specifically as a controller for a music player. They created design stencils of traditional user interfaces like buttons, sliders, and 2D trackpads.

Next, they also tried it as an output display that changes color and lights up based on emotion or temperature using thermochromic pigments, which change to one of its two states when heated beyond body temperature.

They also tested the interface as a wireless communication device that uses near field communication (NFC) tags. This means data can be sent from the tattoo to mobile phones with NFC capabilities. By their estimate, a 3 x 4 square centimeter gold leaf tattoo interface with an NFC tag would only cost less than $2.50.

Oh, and they also tried embedding LED lights into the tattoos.
Watch the video below to see it in action.