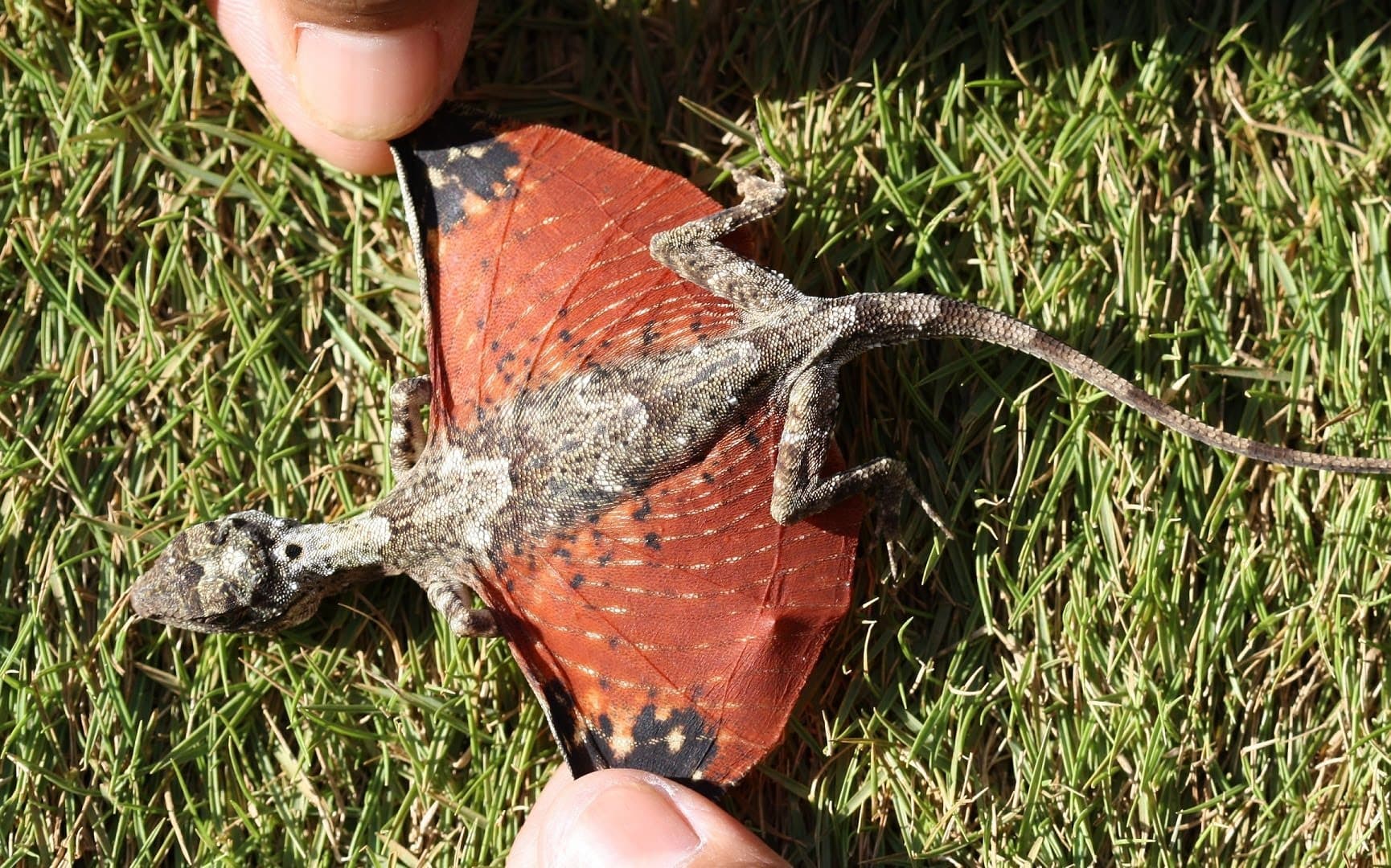 As it turns out, dragons do exist. Well, these little guys technically aren't dragons, but they are flying lizards, which seems pretty close. The tiny lizards are known as "Draco volans," and over the course of thousands of years, they developed an amazing way to evade predators: Flight.

Their small, wing-like appendages allow them to soar from tree to tree in order to escape from predators, find insects, and attract potential mates. Ultimately, they have the ability to soar more than nine meters (about 30 feet) in one go.

Their wings are rather different than your average bird's wings, as they are actually a set of elongated ribs, which they can extend and retract on command.

Fortunately, we don't need to worry about them pillaging any towns any time soon (Smaug, anyone?). Dracos only reach about 20 centimeters (eight inches) long. Also, they don't breath fire (alas). However, in spite of their size (and their lack of fire breathing), they are rather territorial. Most dracos have territories that consist of  about three trees. And in these small spaces dracos spend almost their entire lives. It is where they find their food and their mates. It is where they live and, generally, where they die; however, it's not where they are born.

In order to lay their eggs, females must take to the ground. To keep their eggs safe, female dracos use their pointed snouts to dig a hole in the earth. Strangely enough, the lizard will stay on the ground to protect its eggs, but only for 24 hours. After this point, they return to the trees and leave their offspring to whatever their fates may be.

Read This Next
Futurism
Death Adders: Meet Australia's Deadly Snakes
More on Earth & Energy
Save Yourselves
Yesterday on the byte
Furious Marsupial So Thirsty For Sex That It’s Dying, Scientists Warn
Stem Ware
Feb 3 on the byte
Scientists Discover World's Oldest Preserved Vertebrate Brain
From Bad to Worse
Feb 2 on the byte
Global Warming Is Worse Than We Thought, AI Tells Scientists
READ MORE STORIES ABOUT / Earth & Energy
Keep up.
Subscribe to our daily newsletter to keep in touch with the subjects shaping our future.
+Social+Newsletter
TopicsAbout UsContact Us
Copyright ©, Camden Media Inc All Rights Reserved. See our User Agreement, Privacy Policy and Data Use Policy. The material on this site may not be reproduced, distributed, transmitted, cached or otherwise used, except with prior written permission of Futurism. Articles may contain affiliate links which enable us to share in the revenue of any purchases made.
Fonts by Typekit and Monotype.