We Just Discovered One of the Closest Earth-Like Planets Ever 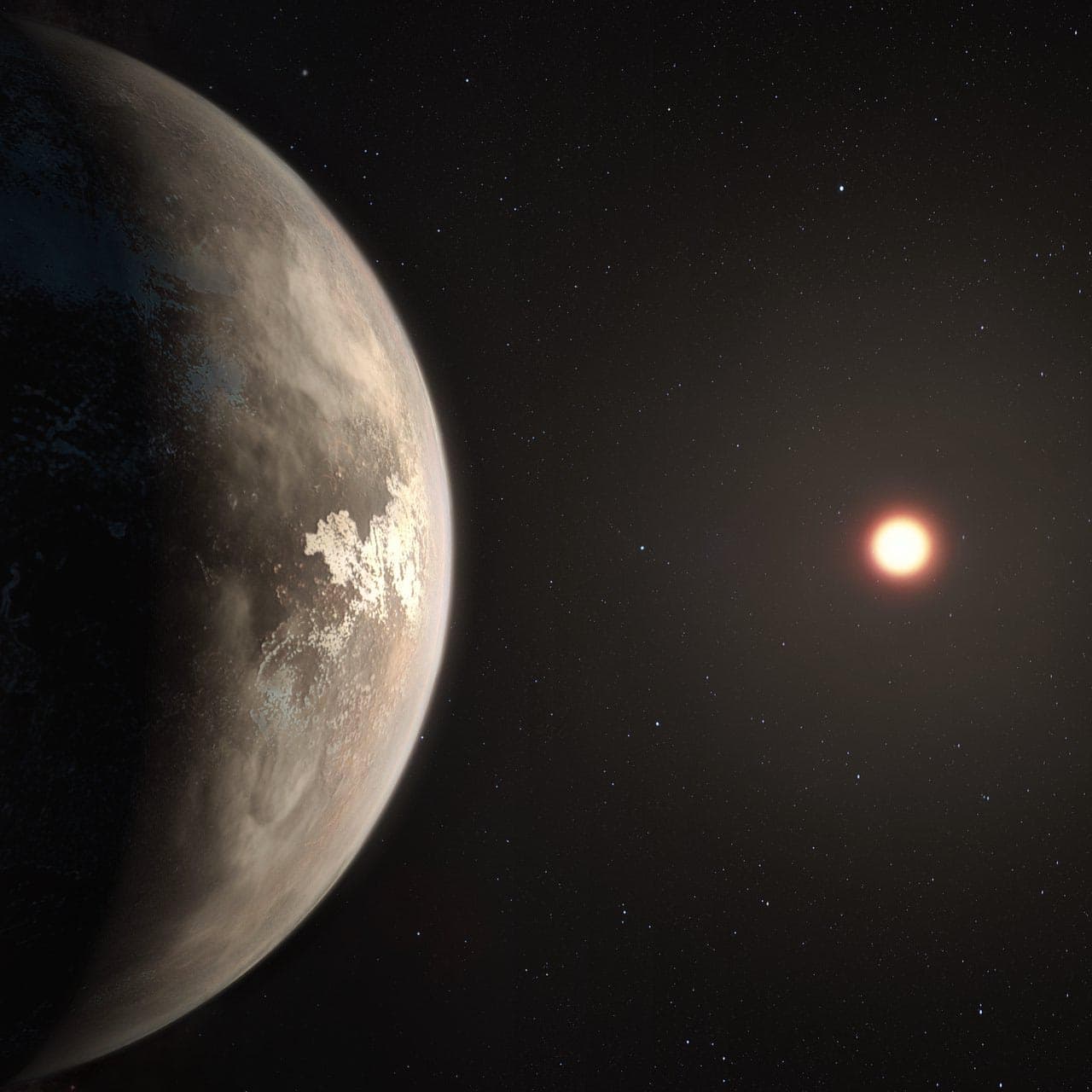 A team of researchers just used the European Southern Observatory's (ESO's) High Accuracy Radial velocity Planet Searcher (HARPS) to discover a low-mass alien planet — also known as an "exoplanet" — orbiting the red dwarf star Ross 128. Notably, this planet has a mass that is similar to Earth's.

In fact, it's thought that the planet, formally known as Ross 128 b, could be similar to Earth in terms of both its size and surface temperature. And it is just 11 light-years from our solar system, making it the second-closest temperate planet to ever be detected. Ultimately, the little world comes in just after Proxima b.

"This discovery is based on more than a decade of HARPS intensive monitoring together with state-of-the-art data reduction and analysis techniques," said Nicola Astudillo-Defru of the University of Geneva, who co-authored the paper outlining the exoplanet's discovery, in a press release. "Only HARPS has demonstrated such a precision, and it remains the best planet hunter of its kind, 15 years after it began operations."

The team behind the work notes that, while most red dwarf stars experience extreme solar flares — flares that bathe their planets in deadly radiation — Ross 128 is a "quiet star." As a result, its planets are thought to be the closest comfortable locations for any possible alien life. Thus, the discovery of an Earth-mass world orbiting the star is significant.

"Proxima Centauri is particularly active, with frequent, powerful flares that may sterilize (if not stripped out) its atmosphere," lead author Xavier Bonfils of Institut de Planétologie et d'Astrophysique de Grenoble told Futurism via email. "Ross 128 is one of the quietest stars of our sample, and although it is a little further away from us, it makes for an excellent alternative target."

The orbit of Ross 128 b is 20 times more proximal (20 times closer) than the distance between the Earth and the Sun – but the planet receives only 1.38 times more irradiation, which keeps its equilibrium temperature between -60°C and 20°C (-76°F and 68°F). But while scientists do believe that it is, in fact, a temperate planet, there's still no confirmation that it lies within the habitable zone, which is the zone surrounding a star in which liquid water is able to exist.

"Ten years from now, we will be capable, thanks to giant telescopes, to directly 'see' the planet and characterize its atmosphere," Astudillo-Defru told Futurism via email. "In the meantime, we need to better constrain theoretical models to elucidate if liquid water can be found on Ross 128 b's surface."

As was previously noted, Ross 128 is currently 11 light-years from Earth, but it's moving toward us and, as a result, it will one day be our nearest stellar neighbor...not for 79,000 years, but in cosmic terms, that is just the blink of an eye.

Red dwarf stars have proven very fruitful, as of late, for astronomers who are hunting for Earth-like exoplanets. In June, one was discovered in the orbit of GJ 625, around 21 light-years away, and in August, an exoplanet was spotted in a system that's just 16 light-years away.

Ross 128 itself could even yield more Earth-like exoplanets. "It is common that stars harbor more than a single planet," Astudillo-Defru told Futurism. "For now, we will continue to monitor the star to search for evidence of additional companions."

Today's technology is giving scientists a greater capacity to study these worlds, and even more advanced systems are just on the horizon.

"We have many instruments coming online to boost the search for planets around similar stars, notably SPIRou at the Canada-France-Hawai-Telescope and NIRPS to complement HARPS at the 3.6m telescope in La Silla," Bonfils told Futurism.

"These two instruments will transpose to the infrared the precision of HARPS in the visible. Small stars like Ross 128 emit most of their light in the infrared, so infrared HARPS promise much more discoveries," he added.

As for Ross 128 b, Bonfils told Futurism one forthcoming telescope in particular should prove useful for further study.

"To characterize the planet, we'll have to wait for the ESO's Extremely Large Telescope around 2025," said Bonfils. "Then, we shall be able to see the planet and search for an atmosphere."

Read This Next
Accuracy Wall
Harvard and MIT Scientists Warn That James Webb Data May Not Be What It Seems
Outing Life
Swiss Government Scientist Says We May Be on the Brink of Discovering Alien Life
Sun Gazer
Researchers Want to Use the Sun As a Giant Telescope to Look for Aliens
Space Invaders
Study: There May Be as Many as Four Evil Civilizations in Our Galaxy
Search for Life
Former Astronaut Suggests Specific Planet for James Webb to Search for Life
More on Off World
Wrong Rocket
Yesterday on the byte
Space Tourism Company's Website Accidentally Shows Photo of Rocket Exploding
SpaceX Spies
Yesterday on the byte
SpaceX Unveils Military Satellite Called Starshield
I Don't Like This...
Tuesday on the byte
Fun Website Lets You Simulate an Asteroid Impact in Your Hometown
READ MORE STORIES ABOUT / Off World
Keep up.
Subscribe to our daily newsletter to keep in touch with the subjects shaping our future.
+Social+Newsletter
TopicsAbout UsContact Us
Copyright ©, Camden Media Inc All Rights Reserved. See our User Agreement, Privacy Policy and Data Use Policy. The material on this site may not be reproduced, distributed, transmitted, cached or otherwise used, except with prior written permission of Futurism. Articles may contain affiliate links which enable us to share in the revenue of any purchases made.
Fonts by Typekit and Monotype.