Save on Smartphones, Smartwatches, TVs, and More During Discover Samsung Spring Deals

This is Samsung’s first major sale of the year. 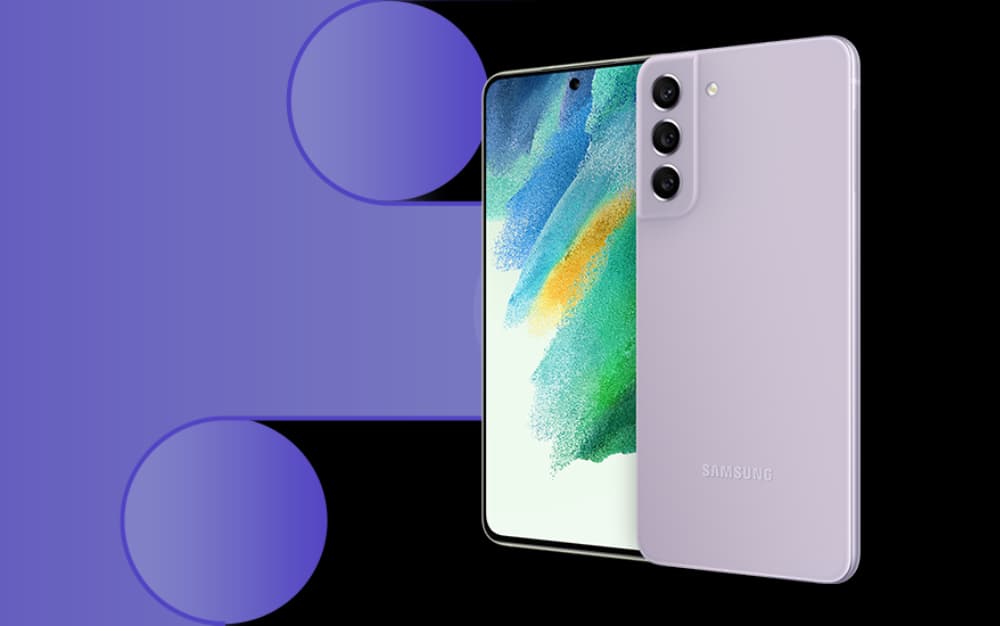 If you’ve been holding out on upgrading your phone or tablet, or have been saving up to build your dream home-theater system, you’re in luck with the Discover Samsung Spring Deals. Samsung has just released a ton of great savings on its latest smartphones, tablets, and even appliances as part of the company’s Discover Samsung sale, which runs through March 27. No promo code or special account is required to gain access to any of these deals, and none of the discounts are part of a mail-in-rebate.

Samsung’s Galaxy S21 FE (Fan Edition) 5G was released in January as an entry-level smartphone in the company’s lineup, and it’s receiving its first-ever discount right now. This $100 price cut brings the Galaxy S21 FE down to $599. This is Samsung’s “offer of the day” today, so you’ll have to act quickly to snag one.

The Galaxy S21 FE’s price might draw your eye, but its set of features is comparable to what you’d expect to find in higher-end smartphones. The phone has a high-resolution 6.4-inch AMOLED display, so text, photos, videos, and games will look really sharp. The display has a maximum refresh rate of 120 Hertz, so scrolling through webpages and apps will feel extremely smooth.

Everyone who orders a Galaxy S21 FE today will receive a $100 discount, but Samsung is sweetening the pot further by including four free months of YouTube Premium, six months of SiriusXM Streaming, and three months of Spotify Premium. If you take advantage of those offers, you’ll save over $100 when switching from other services. During Discover Samsung Spring Deals, the company is also offering generous trade-in offers for older devices, so you may even end up paying far less than $599 for the smartphone.

Samsung’s Galaxy Watch4 is the company’s latest smartwatch, and this $40 discount as part of the Discover Samsung sale brings it down to its lowest price in a couple of months. The Galaxy Watch4 features several improvements over Samsung’s previous smartwatch, including double the storage (16 gigabytes instead of eight), 50 percent more memory, and a faster processor.

This is also the first Samsung smartwatch to run on WearOS, Google’s smartwatch software, which allows the Galaxy Watch4 to run a variety of apps, and receive updates with new features on a regular basis. Despite running WearOS, the Samsung Galaxy Watch4 can be paired with either an Android or iOS device. The Apple Watch is only compatible with the iPhone, which can be limiting if you’re considering switching smartphones.

The Galaxy Watch4 is available in two sizes: 40mm and 44mm, both of which are on sale as part of the Discover Samsung Spring Deals. Both watches have the same set of features, including a high-resolution screen and has a circular face that resembles a traditional watch. The only differences between the watches are their weight (25.9 grams or .91 of an ounce and 30.3 grams or one ounce) respectively. The larger Galaxy Watch4 can display more information, which may make it easier to use when reading text.

While the Galaxy Watch4 is primarily designed for smartwatch tasks like receiving notifications, so you can check them without reaching for your phone, it can also be used as a fitness tracker. The Galaxy Watch4 has sensors that can track your movement and heart rate, and can be used for sleep tracking with the right apps. We’ll be honest, the Samsung Galaxy Watch4 is the only premium smartwatch we can recommend besides the Apple Watch, and it’s available at an excellent price right now.

Samsung’s TVs have earned a reputation for being among the highest-quality options around, and you can save up to $1,200 on one by shopping right now. We’ve chosen to highlight the 55-inch version of the Q80A because of it hits the sweet spot between features and price — especially given its current $150 discount. Samsung offers this TV in 50-, 65-, 75-, and 85-inch sizes, which all have the same feature set, so you can find one that suits your space the best.

This 4K TV is loaded with features that make a substantive difference each time you watch a movie and TV show, or play a video game. That starts with its custom-designed Quantum processor, which continuously analyzes what’s happening on your screen and makes small adjustments to the color, contrast, and other features to make your video look its best. The TV’s 100-percent Quantum Dot panel is capable of displaying colors with impressive accuracy, which means it can actually show the video optimized by Samsung’s processor at its full quality.

Samsung breaks out these visual features into specific names like Adaptive Picture and Quantum HDR (high dynamic range) 12x, but all you need to know is that the TV is doing the heavy lifting for you, so you won’t have to worry about adjusting video settings manually. Gamers will appreciate the fact that the Q80A has a 120-hertz panel with a feature Samsung calls Motion Xcelerator Turbo+. That means this TV can play high-frame-rate games smoothly. Few games support refresh rates higher than 60 hertz right now, but this will change over time, so you’ll want a TV that supports that feature today.

Finally, Samsung’s Q80A is smart — it has Amazon’s Alexa built in, and can be configured to work with the Google Assistant or Bixby, Samsung’s smart assistant. By enabling this feature, you’ll be able to turn your TV on and control settings like its input and volume settings by using your voice instead of a remote. You’ll also be able to search for content on streaming services totally hands-free.

If you’ve been searching for a good deal on a premium TV, we highly recommend taking advantage of the Discover Samsung Spring Deal on the Q80A.