Customized Implants May Soon Be Made From Lab-Grown Bones 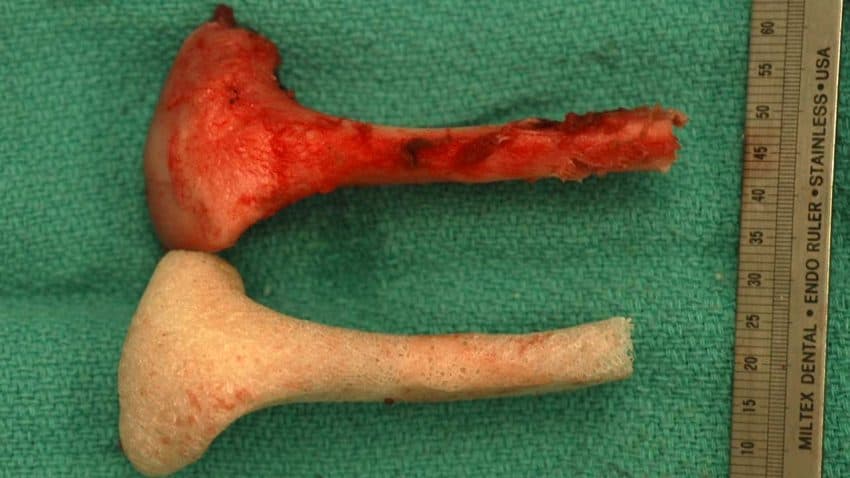 Scientists were able to grow and sculpt miniature pig bones to be used as replacement for missing anatomical structures. It was used to repair a pig's lower jaw, one of the strongest and most complex bones in the face. This means that bone repairs may be done in the other parts of the body.

Bones differ in shape making it hard to find matching replacements from an injured patient's own body. Titanium is sometimes used but such artificial replacements lack bone marrow, which performs important roles in the body. Patients can opt to receive donated bones but it is prone to tissue rejection. Also, harvesting bones from another part of the body may cause major damage and extreme pain.

This made doctors hope for bones grown in the lab. Researchers focused on the ramus-condyle unit, the part where the mandible meets the skull near the ear, the part of the face that mainly bears weight. They experimented on Yucatán minipigs for they have similar jaw anatomy and mechanics to humans.

They first took portions of cow thigh bones and removed all of the cells then carved perfect fits for ramus-condyle units that were removed from the pigs. They then seeded these with stem cells from the receiver minipigs. The implants were then placed in a bioreactor where oxygen and nutrients were supplied. It took three weeks for the stem cells to develop into immature living bone.

Six months after implantation, the grafts incorporated themselves successfully into the pigs' jaws without any problems. The pigs were able to use their jaws again. The clinical trial for the implants will be conducted through the company epiBone.