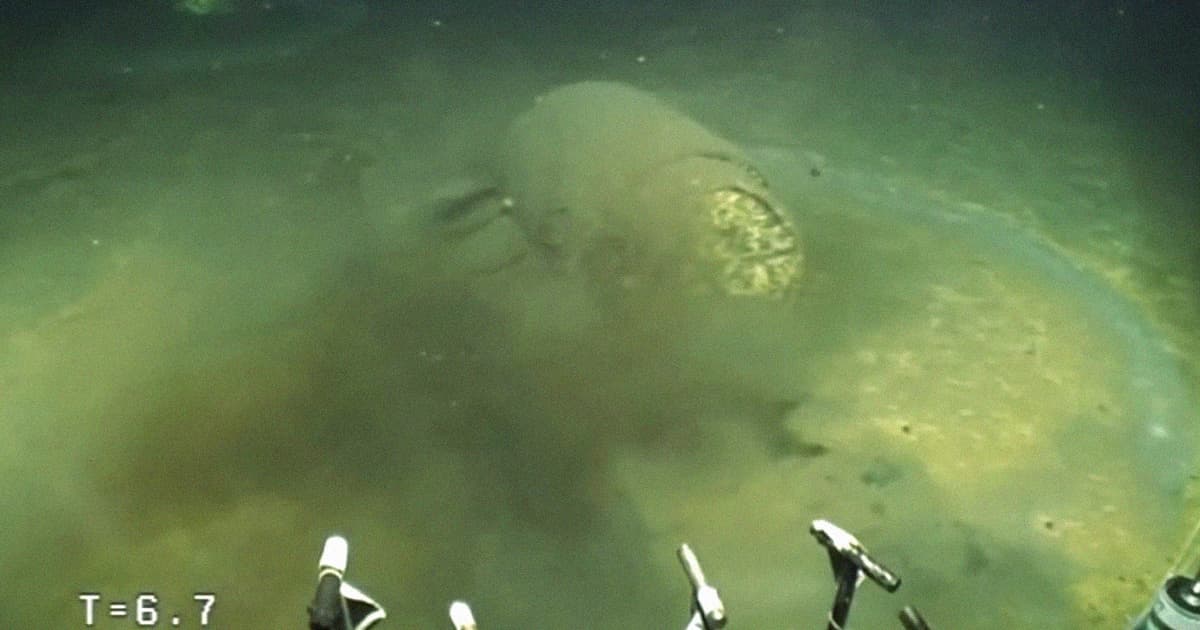 University of California marine scientist David Valentine has made a shocking discovery, 3,000 feet below the ocean's surface just ten miles off the coast of Los Angeles: "countless" barrels of toxic waste, laced with DDT, as CBS reports.

DDT is an odorless compound that was originally developed as an insecticide during World War II. In the 1960s, the compound was found to be highly toxic to both humans and animals, with the Environmental Protection Agency now labeling it as a "probable human carcinogen."

The newly discovered barrels had been lying hidden there since the 1940s. We also still don't know how far-reaching the environmental damage will be. A recent study found that one in every four adult sea lions in the region had developed cancer.

With the help of an autonomous robotic submarine, Valentine came across the barrels between Long Beach and Catalina Island. It's still unclear just how many there are, but some accounts estimate there be as many as half a million barrels, according to CBS.

The location is not far from the Montrose Chemical Corporation, once the country's largest manufacturer of DDT. Much of the company's hazardous waste was piped out via storm drains and the sewer system.

But much of it was also disposed in barrels and later dumped ten to 15 miles off shore. They weren't acting illegally, as the prevailing belief at the time was that the ocean would be able to dilute the DDT.

According to Valentine, however, some of the barrels were slashed to allow them to sink, resulting in copious amounts of poisonous DDT to leak.

DDT has also been previously dumped in much shallower waters, causing harm to nearby marine life.

Restoration crews are now trying to ward off danger. For instance, conservationists are building artificial reefs to attract fish away from contaminated watres and towards uncontaminated areas to build up healthy fish populations. The thinking is simple: fewer fish in the vicinity of DDT, the less of it will enter the food chain.

That could also have a knock-on affect, ensuring the health of anybody relying on the fish as a source of food.

It's a grim story of our past coming to haunt us. Only thanks to the hard work by the likes of Valentine has the public been made aware of the environmental horror, perhaps remedying some of the harm caused decades ago.

READ MORE: How a shocking environmental disaster was uncovered off the California coast after 70 years [CBS News]

More on toxins: EPA: Low Doses of Toxins, Radiation Could Actually Be Healthy

Read This Next
Futurism
Catalysts Efficiently and Rapidly Remove BPA From Water
More on Earth & Energy
Do The Worm
Yesterday on the byte
Scientists Name "Funky Worm" Amphibian After a Weird 70s Funk Song
Cow Chow
Thursday on the byte
Bill Gates Gives $12 Million to Flatulent Australian Cows
Dye in the Water
Thursday on the byte
Scientists Dye Chunks of Ocean Water Pink for Head-Turning Coastal Experiment
READ MORE STORIES ABOUT / Earth & Energy
Keep up.
Subscribe to our daily newsletter to keep in touch with the subjects shaping our future.
+Social+Newsletter
TopicsAbout UsContact Us
Copyright ©, Camden Media Inc All Rights Reserved. See our User Agreement, Privacy Policy and Data Use Policy. The material on this site may not be reproduced, distributed, transmitted, cached or otherwise used, except with prior written permission of Futurism. Articles may contain affiliate links which enable us to share in the revenue of any purchases made.
Fonts by Typekit and Monotype.