Could You Put A Black Hole In Your Pocket? 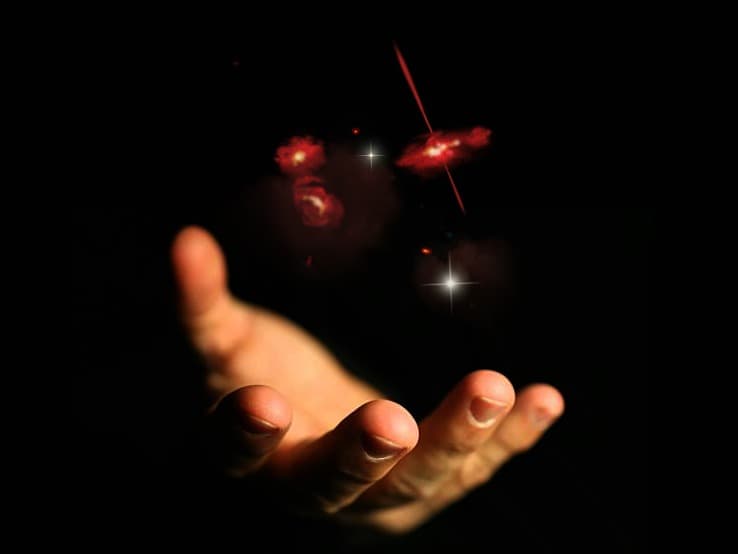 Black holes are notorious for their strange, somewhat counter-intuitive, nature. However, not all are created equal. For instance, we've seen many that outweigh billions of Suns, some that shouldn't exist at all, and others that simply defy explanation. The strangest type theorized to exist is the micro (or primordial) black hole. As the name suggests, they are very, very, very small (microscopic, even), and quite unstable.

Since the strength of a black hole technically hinges on its size (deciding the boundary of its event horizon, or the so-called point of no return), could we possibly put one of them in our pocket without consequence (or at all)?

WATCH: "Could You Put A Black Hole In Your Pocket?"

As a side note, physicists have suggested that the Large Hadron Collider could theoretically create micro back holes. In the case that it did, a baby black hole still wouldn't do any damage, as it would take well over the universe's current age for one to consume a milligram of matter. By that time, it would have evaporated into nothingness anyway.

Read This Next
Hall Effect
Test Suggests Ion Thrusters Could Power Crewed Interplanetary Missions
Shoo
Scientists Warn Giant Asteroid Is Actually Swarm, Nearly Impossible to Destroy
What Does It All Mean?
The Second Alien Probe We Detect May Be Particularly Bizarre, Scientist Says
A Sip of Opal
NASA Discovers Precious Gemstones on Mars
And He Scores
We Are Completely Puzzled by This Video of a Chinese Astronaut Playing Ping-Pong in Space
More on Off World
Trashing Orbit
7:17 PM on the byte
Elon Musk Says SpaceX May Build Starship That Dies on Purpose
Cat and Mouse
3:38 PM on the byte
SpaceX to Launch "Hunter" Satellites for Targeting Rival Spacecraft
Space In Space
1:44 PM on the byte
NASA Official Admits There's a Bit of an Issue on the Space Station
READ MORE STORIES ABOUT / Off World
Keep up.
Subscribe to our daily newsletter to keep in touch with the subjects shaping our future.
+Social+Newsletter
TopicsAbout UsContact Us
Copyright ©, Camden Media Inc All Rights Reserved. See our User Agreement, Privacy Policy and Data Use Policy. The material on this site may not be reproduced, distributed, transmitted, cached or otherwise used, except with prior written permission of Futurism. Articles may contain affiliate links which enable us to share in the revenue of any purchases made.
Fonts by Typekit and Monotype.