"With this initiative, we aim to improve our detection of real-world, first-person footage of violent events." 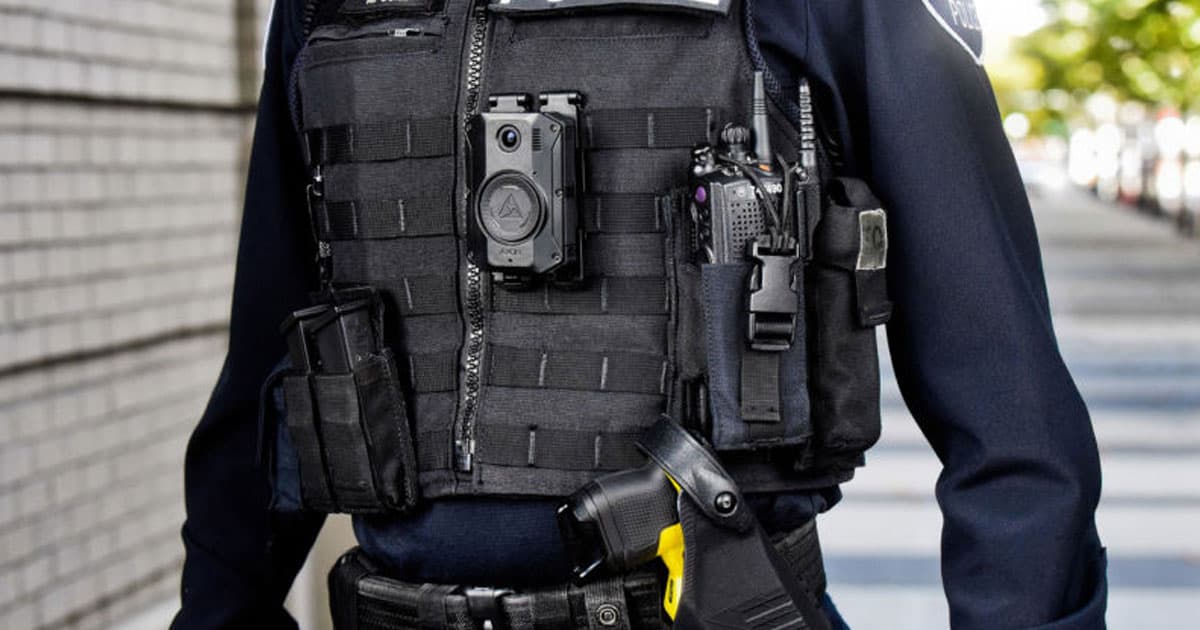 When a gunman used Facebook to livestream an attack on several New Zealand mosques in March, Facebook's automatic detection system should have immediately flagged and removed the content.

But it didn't — and the reason it didn't, Facebook’s public policy director Neil Potts told British lawmakers in April, was the video's perspective.

"This was a first-person shooter video, one where we have someone using a GoPro helmet with a camera focused from their perspective of shooting," he explained, adding that it "was a type of video we had not seen before."

Now, in an effort to provide its content-policing AI with the training data it needs to detect such videos in the future, Facebook is giving the U.K.'s Metropolitan Police free body cameras — on the condition that the Met provides Facebook with bodycam footage of police shooting their firearms during training programs.

"With this initiative, we aim to improve our detection of real-world, first-person footage of violent events," Facebook wrote in a news release on Tuesday, "and avoid incorrectly detecting other types of footage such as fictional content from movies or video games."

Facebook is also in talks with government and law enforcement officials in the U.S. to enact a similar partnership, according to the release, though it didn't provide a timeline for when such a partnership might be solidified.

Neil Basu, the Met's Assistant Commissioner for Specialist Operations, seems optimistic that the initiative could prove worthwhile on a number of levels.

"The technology Facebook is seeking to create could help identify firearms attacks in their early stages and potentially assist police across the world in their response to such incidents," he said in a statement.

He also noted that if Facebook can effectively train its system to automatically spot — and stop — livestreams of attacks, it could "significantly help prevent the glorification of such acts and the promotion of the toxic ideologies that drive them."

AIs typically require a massive amount of training data, and Stephanie McCourtit, Facebook’s Law Enforcement Outreach Lead (UK), said in the same statement that the partnership with the Met alone will produce enough bodycam footage to effectively train Facebook's system to know a first-person shooting livestream if it sees one.

Still, the addition of footage from U.S. law enforcement could increase the accuracy of the AI — and with the American government seemingly desperate to see Facebook and other platforms crack down on extremist online content, there's a solid chance the social network will soon get its hands on bodycam footage from U.S. police as well.

Read This Next
Make Mark Happy
Facebook Employees Seem Completely Confused by the Metaverse
Midlife Crisis
Rumors Swirl That Mark Zuckerberg Is Fighting at a UFC Show
Mark's Bad Year
Layoffs Hitting Facebook as Zuckerberg's Vision Stumbles
Saving Face
People Bullied Mark Zuckerberg So Much That He's Improving the Metaverse Graphics
Meta-Terrorism
OnlyFans Accused of Paying Bribes to Put Enemies on Terrorist Watchlist
More on Future Society
Gas Giant
Yesterday on the byte
Journalist Eats Lab-Grown Chicken, Gets "Weirdly Gassy"
Musk Rats
Thursday on the byte
Twitter Is Quietly Re-Suspending the Lunatics Elon Musk Let Back On
Going Wireless
Wednesday on futurism
Hackers Took Over a Subdomain of Wired.com for Several Months and Replaced It With Sleazy Online Casino Content
READ MORE STORIES ABOUT / Future Society
Keep up.
Subscribe to our daily newsletter to keep in touch with the subjects shaping our future.
+Social+Newsletter
TopicsAbout UsContact Us
Copyright ©, Camden Media Inc All Rights Reserved. See our User Agreement, Privacy Policy and Data Use Policy. The material on this site may not be reproduced, distributed, transmitted, cached or otherwise used, except with prior written permission of Futurism. Articles may contain affiliate links which enable us to share in the revenue of any purchases made.
Fonts by Typekit and Monotype.