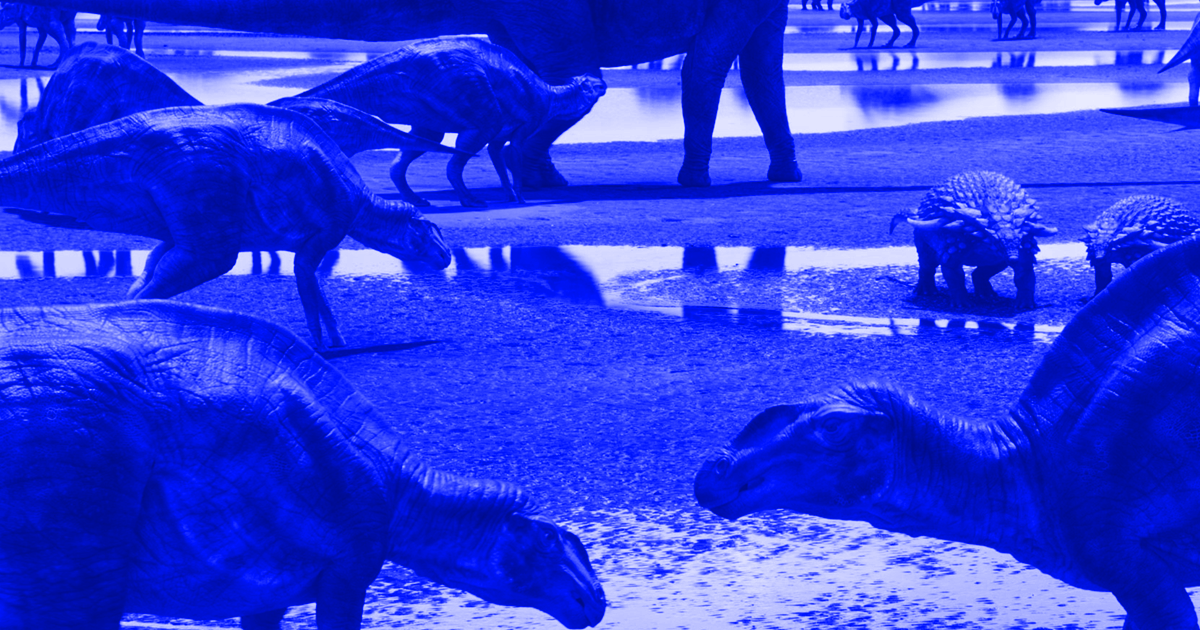 If you’re looking for a truly one-of-a-kind gift for someone with an appreciation for natural history and/or dinosaurs, the folks at Mini Museum have just the thing: jewelry made out of coprolite, also known as dinosaur poop.

Seriously. Just think what a great conversation starter it would make.

Mimi Museum was the lifelong dream of entrepreneur and self-described adventurer Hans Fex. It was officially founded back in 2014, when Fex launched a Kickstarter campaign to raise money for a collection of expertly curated miniature artifacts and specimens “from earth and beyond.” Since then Mini Museum has released three more editions of the original Mini Museum, which include things like extraterrestrial amino acids, dinosaur bones, water from the Amazon River, moon dust, Viking axes, Egyptian mummy beads, and pieces of the White House, among other things. Now, in an effort to cater to collectors with very specific interests, Mini Museum also now sells individual specimens. And without a doubt, one of the most unique things you can buy from Mini Museum’s fossil and geology collection is dino poop jewelry.

Of course, dino poop jewelry is not as gross as it sounds. The dino poop in question is fossilized. The much less exciting scientific name for it is coprolite. These trace fossils were formed over the course of millions of years as minerals such as chalcedony and quartz replaced the original organic material. That process created a colorful mixture embedded in fine-grained crystalline rock, which allows scientists to study the diet and lifestyle of creatures that have been extinct for hundreds of millions of years. They also happen to make exquisite jewelry when polished and shaped.

The coprolite specimen Mini Museum used to create beads for their handmade jewelry collection was formed from sauropod feces—so we’re talking things like Brontosauruses, Brachiosauruses, and Diplodocuses. It was excavated from the Morrison formation in Utah, one of the most studied fossil beds of the upper Jurassic Period.

Can’t decide which one to get? Well, if you get both, Mini Museum will apply a 25 percent discount at checkout. So you might as well live large.

Of course, if dino poop jewelry isn’t your thing, Mini Museum has a ton of other incredible items for sale.

Tires might not seem like a very important piece of equipment for a spaceship. However, they’re one of the most important components of any craft that’s expected to land safely on the ground with all the astronauts inside not dead. That’s why the tires on the Space Shuttle Columbia were no ordinary tires. They were rigorously engineered and tested over and over to make sure they could withstand extreme and sudden changes in temperature, plus a payload of up to 240,000 pounds.

This irregular mission-flown specimen comes from a nose landing gear tire that was removed from service after the Space Shuttle Columbia's 13th mission in 1992. It’s encased in an acrylic specimen jar and housed in a 4" x 3" x 1" glass-topped riker box, and comes with a small information card.

If you’re a space buff, this is the perfect piece with which to start your own private collection. Then again, you could also just go all in and get one of the original Mini Museums.

The Mini Museum Third Edition is a collection of 29 rare miniature specimens and artifacts spanning billions of years, all encased in a clear acrylic block just five inches tall, four inches wide, and one inch thick. Specimens include a 4.5 billion-year-old space gem, a Spinosaurus spine, a Megalodon tooth, a giant sloth claw, Egyptian papyrus, a 14th century Samurai sword, a piece of Alcatraz, a fragment of one of Steve Jobs’ turtle necks, and so much more.

Each and every Mini Museum is handmade and individually numbered with laser etching. They come with a certificate of authenticity, a detailed hard-cover specimen guide, a microfiber pouch, and display and storage box. Whether you’re huge science and history buff, or you’re looking to inspire someone with a one-of-a-kind gift, the Mini Museum Third Edition will not disappoint.

Read This Next
Brands We Love
For Valentine’s Day, Mini Museum Makes Jewelry That's Unlike Anything You've Ever Seen
Brands We Love
Mini Museum Brings Priceless Scientific and Historical Artifacts to the Masses
Futurism
Paleontologist Confirms Blood Vessel Find Belongs to 80-Million-Year-Old Dinosaur
More on Sci-Fi Visions
Human v. Giraffe
Tuesday on the byte
Chaotic Italian Fashion Line Baffles Facial Recognition Software
Step One
Tuesday on the byte
World’s Third Richest Person Says He’s Developed "Addiction" to ChatGPT
Mouse Bot
Monday on the byte
Scientists Build Gruesome Robots That Move With Mouse Muscles
READ MORE STORIES ABOUT / Sci-Fi Visions
Keep up.
Subscribe to our daily newsletter to keep in touch with the subjects shaping our future.
+Social+Newsletter
TopicsAbout UsContact Us
Copyright ©, Camden Media Inc All Rights Reserved. See our User Agreement, Privacy Policy and Data Use Policy. The material on this site may not be reproduced, distributed, transmitted, cached or otherwise used, except with prior written permission of Futurism. Articles may contain affiliate links which enable us to share in the revenue of any purchases made.
Fonts by Typekit and Monotype.