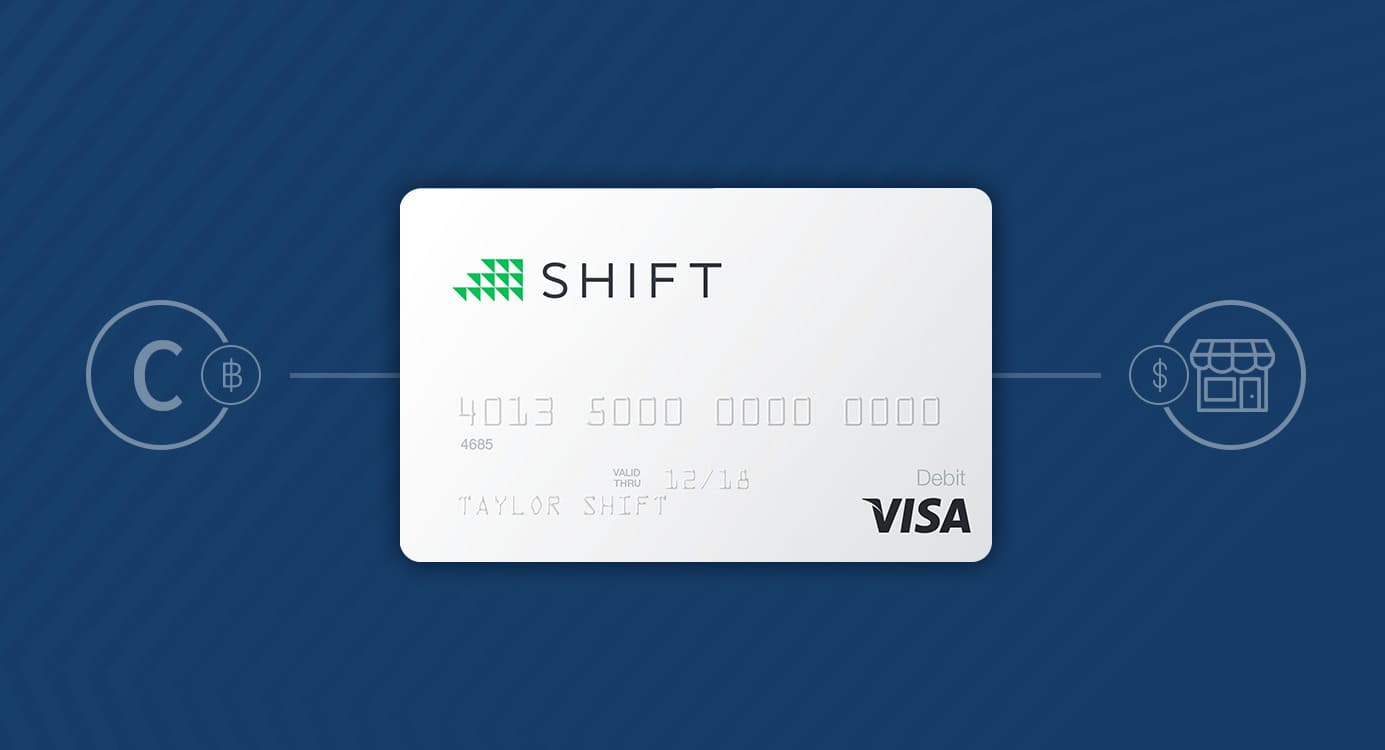 Coinbase and The Shift Card

San Francisco-based bitcoin wallet and exchange company Coinbase has just unveiled the Shift Card, which acts as the first U.S.-issued Bitcoin debit card. The Visa-branded debit card will allow Coinbase users to spend Bitcoin at physical points of sale at over 38 million merchants around the world.
In an announcement, Coinbase says “Thanks to Shift Payments, it’s now possible to use bitcoin to buy gas, groceries, and much more. With the Shift Card, you can now spend bitcoin anywhere in the world that Visa is accepted.”

The Shift Card will be available to Coinbase users in the United States, and can be ordered for $10 along with a link to a Coinbase wallet. The card is currently only available in 24 states, though the team is reportedly working through legal and regulatory obstacles in states like New York and Florida. Purchases are based on the current price of Bitcoin on Coinbase and are debited to the user’s Coinbase wallet. Certain transactions will prompt Shift to debit more than the purchase amount while refunding the remainder once the final payment amount has been settled.
“We want to make it easy to buy and sell bitcoin, and we want to make it easy to spend. A mainstream debit card based on bitcoin is a key element,” says Coinbase Vice President of Business Development and Strategy Adam White.

Read This Next
Dubious Donations
Politicians Refuse to Say Whether They'll Give Back Donations From Sam Bankman-Fried
Regulating Crypto
Hillary Clinton Calls Out Crypto Exchanges for Letting Russia Bypass Sanctions
Crypto Fail
The CEO of Coinbase Gets Brutally Owned, May Never Recover
Bye Bye Baby
Lawyer for Crypto Laundering Rapper Says She Won't Flee Because of Her Frozen Embryos
Bitcoin & Clyde
Feds Arrest Crypto CEO for Bitcoin Laundering, But Her Real Crime Was Against Rap Music
More on Future Society
Nip Split
Jan 22 on the byte
Meta Board Trashes Facebook's "Convoluted and Poorly Defined" Female Nipple Rule
Crypto Cacophony
Jan 22 on the byte
Residents Annoyed by Crypto Mine That Emits Constant, Horrible Noise
Heating Up
Jan 21 on futurism
Employees at TikTok Apparently Have a Secret Button That Can Make Anything Go Viral
READ MORE STORIES ABOUT / Future Society
Keep up.
Subscribe to our daily newsletter to keep in touch with the subjects shaping our future.
+Social+Newsletter
TopicsAbout UsContact Us
Copyright ©, Camden Media Inc All Rights Reserved. See our User Agreement, Privacy Policy and Data Use Policy. The material on this site may not be reproduced, distributed, transmitted, cached or otherwise used, except with prior written permission of Futurism. Articles may contain affiliate links which enable us to share in the revenue of any purchases made.
Fonts by Typekit and Monotype.