The 160-square meter living space the volunteers called home was known as "Yuegong-1," or Lunar Palace. 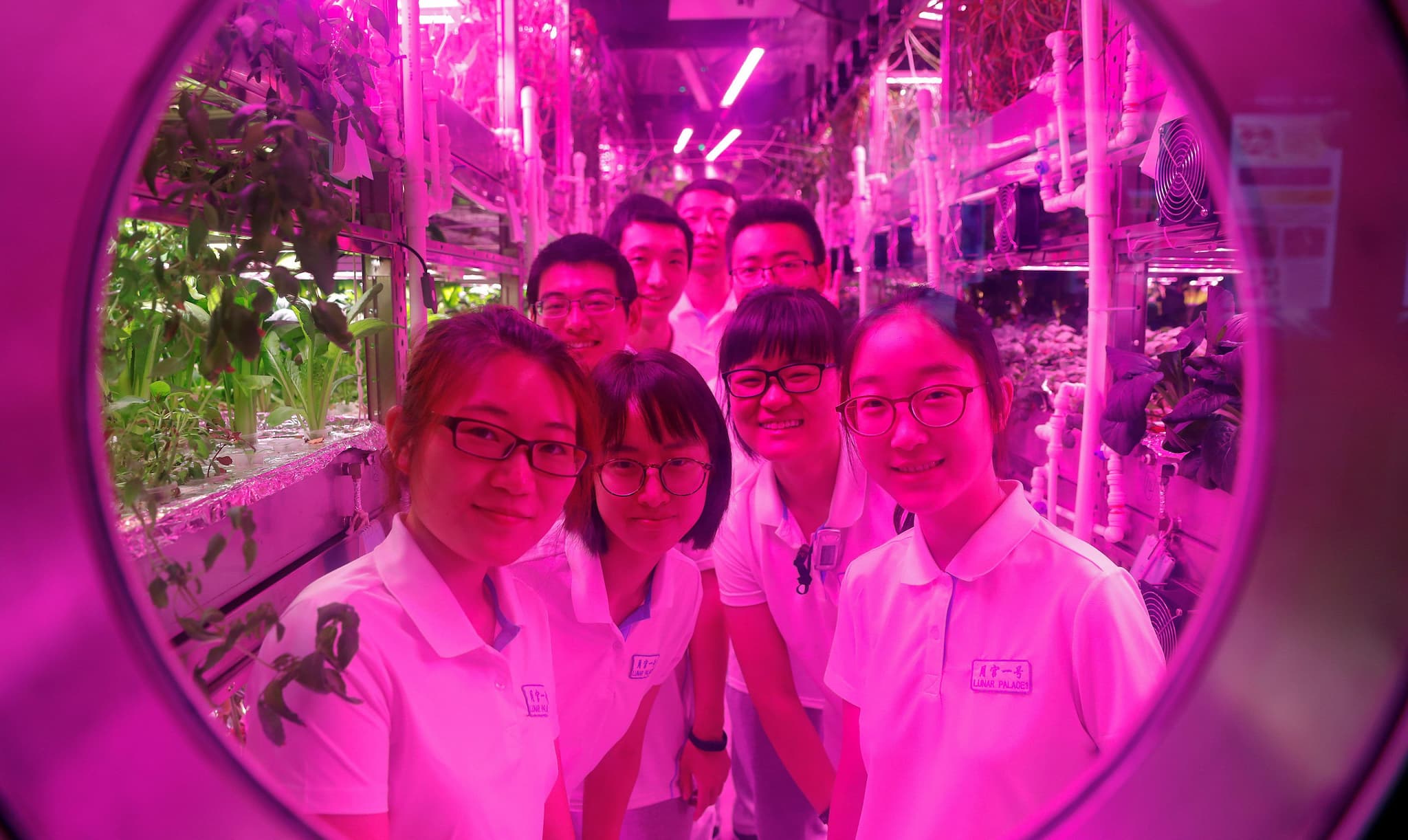 A group of Chinese student volunteers spent 200 days in a "lunar lab" simulation in Beijing as part of an experiment to test the potential psychological effects humans may experience if they were to take up residence on the Moon. The simulation is part of a program that hopes to advance the concept of Moon colonization.

The 160-square meter living space the volunteers called home was known as "Yuegong-1" or Lunar Palace. For 200 days, the lab was sealed off from the outside world, creating a realistic model of the isolation humans would experience as part of Moon life.

In an interview with Xinhua, the module's chief designer Liu Hong said the experience "challenged the system as well as the psychological status of the volunteers, but they withstood the test." This was especially true during the three blackouts experienced by the volunteer crew, which consisted of pairs made up of two men and two women. The first set of students stayed in the module for 60 days, after which time they were relieved by another foursome who stayed on for 200 days. The first group is now expected to return for another 105-day stay.

While China doesn't plan to land on the Moon for many years to come, these experiments are designed to help scientists predict what obstacles humans would face if they were to attempt a long-term Moon mission. China isn't the only country interested in lunar base creation: Elon Musk has said that developing a lunar base should be a priority for humainty, and the ESA is already making concrete plans to establish a base by 2030. Additionally, Russia has also announced its plans to create a permanent base on the Moon.

While many have focused on Mars as the hottest off-world destination, last year astronaut Buzz Aldrin (who has actually been to the Moon himself) told Futurism that the possibilities most in reach for a life off Earth might be found on our lunar neighbor. In either case, China's Lunar Palace experiments will help us developed a deeper understanding of how such missions could affect the pioneering astronauts who ultimate undertake them.

Read This Next
And He Scores
We Are Completely Puzzled by This Video of a Chinese Astronaut Playing Ping-Pong in Space
Moon Wrestling
The Head of NASA Is Scared Chinese Astronauts Will Seize Portions of the Moon
Monkey Business
China Plans to Send Monkeys to Space Station to Have Sex With Each Other
Next Time
NASA Cancels First Launch Attempt of Uber Expensive Moon Rocket
Back to the Moon
NASA: SpaceX Only Has to Prove It Can Land Astronauts on Moon, Not Bring Them Home Again
More on Off World
Drama Bomb
Yesterday on the byte
European Space Agency Halts Plans to Send Astronauts to Chinese Space Station
Futurism
Yesterday on the byte
Asteroid Mining Startup About to Launch First Mission
Carry On, Wayward...
Yesterday on the byte
NASA Says Lucy Spacecraft Will Forge Ahead With Busted Solar Array
READ MORE STORIES ABOUT / Off World
Keep up.
Subscribe to our daily newsletter to keep in touch with the subjects shaping our future.
+Social+Newsletter
TopicsAbout UsContact Us
Copyright ©, Camden Media Inc All Rights Reserved. See our User Agreement, Privacy Policy and Data Use Policy. The material on this site may not be reproduced, distributed, transmitted, cached or otherwise used, except with prior written permission of Futurism. Articles may contain affiliate links which enable us to share in the revenue of any purchases made.
Fonts by Typekit and Monotype.