China Is Technically Responsible for Damages Its Plummeting Rocket May Cause

"I think it’s negligent of them." 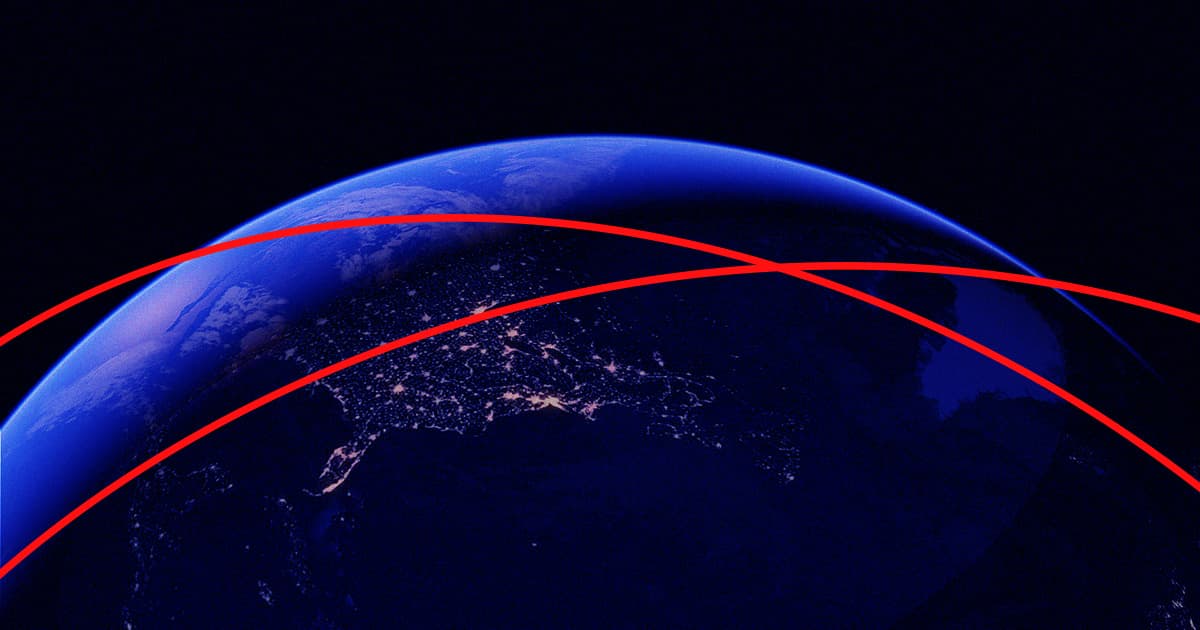 While the deployment may have gone by without a hitch, the massive core stage of the Long March 5B rocket is now plummeting out of the sky.

As of right now, the 23-ton and 100 feet debris is uncontrollably whizzing around the Earth every 90 minutes or so at roughly 18,000 mph — and will eventually fall towards the ground some time this weekend after blazing through our planet's atmosphere.

That leaves a major question: what if something goes wrong? China is technically liable for any damages its massive rocket could cause on the ground below, as The Planetary Society argues in a new blog post — although the specifics are much more complicated.

While the stage is statistically unlikely to hit any built-up area — 71 percent of our planet's surface is covered in oceans — if it were to hit something or someone within the next three days, the victim country could technically demand that China pay up.

That would involve invoking the 1972 Space Liability Convention, a treaty signed by the US, much of Europe, and China, to hold China responsible for any damage or harm.

"Liability for damage is not a finding that the state has somehow broken the law, but merely that it is answerable for the damage that results," Christopher Johnson, the space law advisor for the Secure World Foundation, told The Planetary Society, "and that a binding duty to pay compensation for that damage now exists for that state."

However, experts said, it would likely be a political nightmare to invoke the Liability Convention.

"There could be a smoking big crater in your territory that causes a lot of damage,” Michael Listner, founder and principal at Space Law & Policy Solutions, told the Society. "But if it’s a policy decision not to invoke it, nothing would be done."

The Liability Convention has also only been invoked once, when a Soviet reconnaissance satellite crashed into Canada's Northwest Territories, leaving toxic waste behind. Only after initially denying it was their satellite did the USSR eventually pony up $6 million Canadian dollars.

Apart from the obvious liability involved, experts are bringing up an equally important point: why does China let massive rockets fall out of the sky uncontrollably in the first place?

"I think it’s negligent of them," Jonathan McDowell, an astrophysicist at the Center for Astrophysics in Cambridge, Massachusetts, told The New York Times. "I think it’s irresponsible."

Several space companies, with SpaceX at the helm, have figured out how to make rockets reusable by allowing boosters and core stages to land themselves shortly after launch.

The other option is to have rocket parts designed in a way so that they end up burning up completely upon reentry — or make a controlled reentry and fall within a predetermined area, such as the wide ocean.

"It’s not a trivial thing to design something for a deliberate re-entry, but it’s nevertheless something that the world as a whole has moved to because we needed to," Ted J. Muelhaupt, principal director of Aerospace’s Center for Orbital and Re-entry Debris Studies, told the NYT.

For now, according to the latest numbers, the rocket stage dubbed CZ-5B will impact the Earth somewhere between Saturday evening and Sunday morning, UTC.

Hopefully it won't hit anything on its way down.

READ MORE: This Is What Legally Happens If An Uncontrolled Rocket Damages Something [The Planetary Society]

More on the rocket stage: Oops, More Huge Chinese Space Debris Is Tumbling Back to Earth

Read This Next
Sanctions Chess
Russia Says It'll Buy Space Parts From China, But China Says Uhhh Not So Fast
Sleek and Shiny
China's New Space Station Looks Like an Apple Store Inside
Catching Zs in Space
The Bunks in the Chinese Space Station Are Absolutely Enormous
China Cooperation
Defying Congress, Elon Musk Calls for Cooperation Between NASA and China
Mars Selfie
China Releases New Photos From the Surface of Mars
More on Off World
Jupiter's Moons
6:15 PM on the byte
Awesome Video Shows Jupiter's Moons in Comparison to NYC
Back to the Future
3:36 PM on the byte
Scientists Think This Exoplanet Shows What Earth Will Become in the Future
Botched Logo
2:12 PM on the byte
Wait, the NASA Logo on SpaceX's Rocket Looks Completely Messed Up
READ MORE STORIES ABOUT / Off World
Keep up.
Subscribe to our daily newsletter to keep in touch with the subjects shaping our future.
+Social+Newsletter
TopicsAbout UsContact Us
Copyright ©, Camden Media Inc All Rights Reserved. See our User Agreement, Privacy Policy and Data Use Policy. The material on this site may not be reproduced, distributed, transmitted, cached or otherwise used, except with prior written permission of Futurism. Articles may contain affiliate links which enable us to share in the revenue of any purchases made.
Fonts by Typekit and Monotype.