Putting a solar farm on water has its unique advantages. 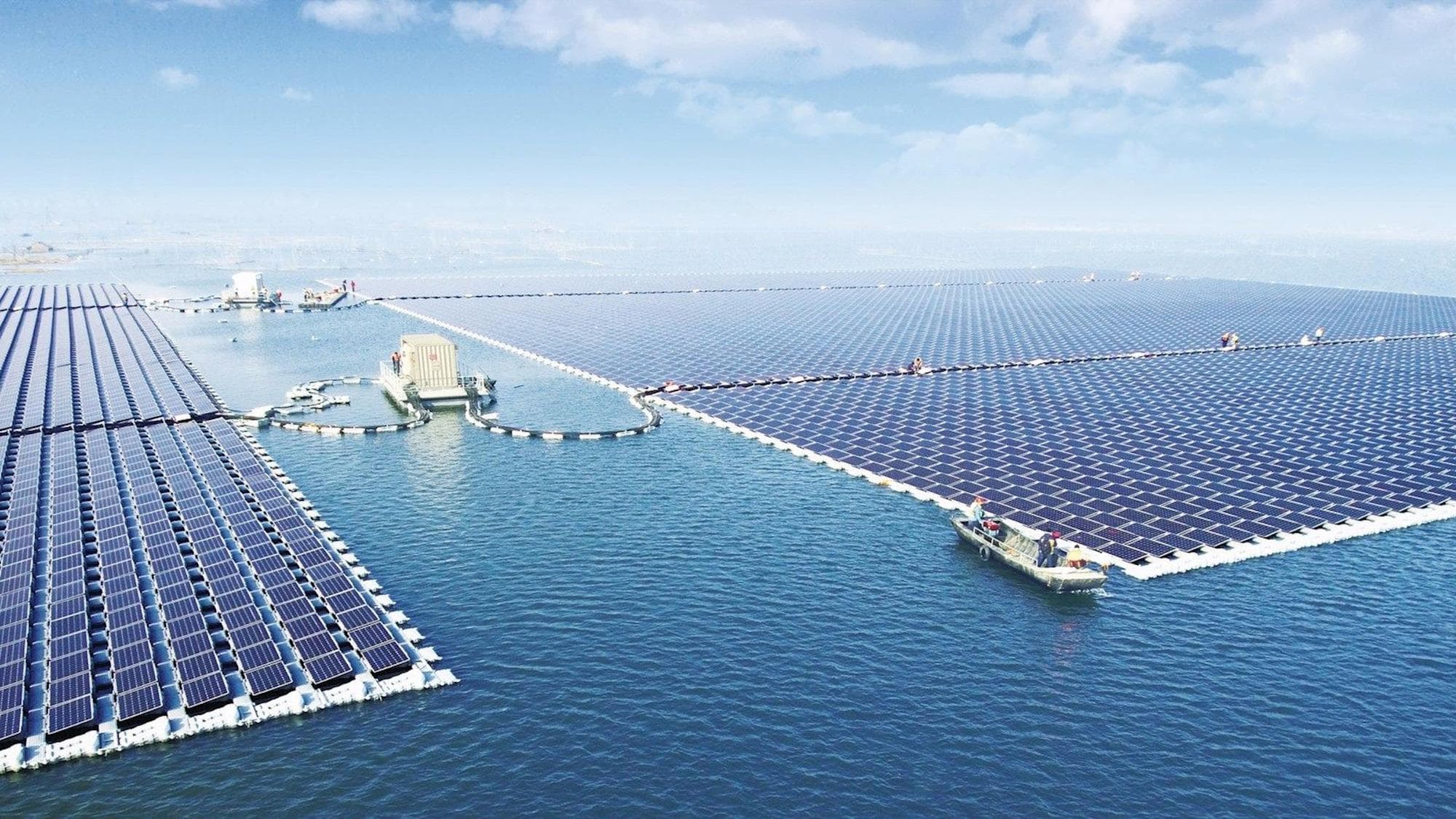 The world's largest floating solar farm, sitting on a lake that used to be a coal mine, is China's latest effort to showcase its commitment to renewable energy. With a 166,000 panels and a total capacity of 40 megawatts, the solar farm can produce enough energy to power 15,000 homes, the South China Morning Post reports.

While it still consumes a lot of oil, coal and natural gas, China is experiencing an unprecedented solar boom. As of November  2017, solar PV accounted for 126 gigawatts, a spike of 67 percent compared to the same time in 2016. Crucially, the country is also trying to move away from highly polluting sources of energy, which are estimated to have contributed to 366,000 deaths in 2013 alone.

In its yearly overview of the world's energy markets, the International Energy Agency (IEA) finds that China is entering a new phase of its economic development, moving away from heavy manufacturing and other carbon intensive industries. Ambitious investments in clean energy projects such as the floating solar farm, located in the coal-rich Anhui province, are part of the same overarching effort to clean up the Chinese economy.

Sitting on a Coal Mine

Building solar farms over water has the benefit of not interfering with terrestrial ecosystems, preserving wildlife and local vegetation. Additionally, placing panels on water keeps them cool and helps maintain efficiency because the cells don't overheat.

This type of creative solutions is part of a growing trend. Worldwide, governments are investing to make obsolete sites useful once again. Another example can be found in Ukraine, where a solar farm is being built at the Chernobyl nuclear disaster site.

Investing in solar and renewable energy sources is a major step forward for the world's biggest polluter, but China still has a long way to go before becoming the climate champion it wants to be. With a population of nearly 1.4 billion, dropping coal is a monumental task that is going to take many years. So, as clean energy continues to rise, China, as well as the rest of the world, will need an array of technologies — including carbon capture and storage — to offset their emissions.

Read This Next
Sun Shield
Scientists Increasingly Calling to Dim the Sun
Coastal Chaos
The Doomsday Glacier Is Hanging on "By Its Fingernails," Scientists Say
Futurism
Best Marine Solar Panels of 2022
Dry Dock
The Top 13 Wildest Objects That Terrible Droughts Have Revealed
Harambe 2.0
Freya the Boat-Climbing Walrus Euthanized Because of Stupid Humans
More on Earth & Energy
Going Hydrogen
Dec 2 on the byte
Airbus to Strap Hydrogen Fuel Cell Engine to Massive Superjumbo Jet
Wolfenstein
Dec 1 on the byte
A Brain Parasite Is Making Wolves Into Pack Leaders, Scientists Say
LED Down the Wron...
Dec 1 on the byte
Defective LED Streetlights Are Turning the Night Purple
READ MORE STORIES ABOUT / Earth & Energy
Keep up.
Subscribe to our daily newsletter to keep in touch with the subjects shaping our future.
+Social+Newsletter
TopicsAbout UsContact Us
Copyright ©, Camden Media Inc All Rights Reserved. See our User Agreement, Privacy Policy and Data Use Policy. The material on this site may not be reproduced, distributed, transmitted, cached or otherwise used, except with prior written permission of Futurism. Articles may contain affiliate links which enable us to share in the revenue of any purchases made.
Fonts by Typekit and Monotype.