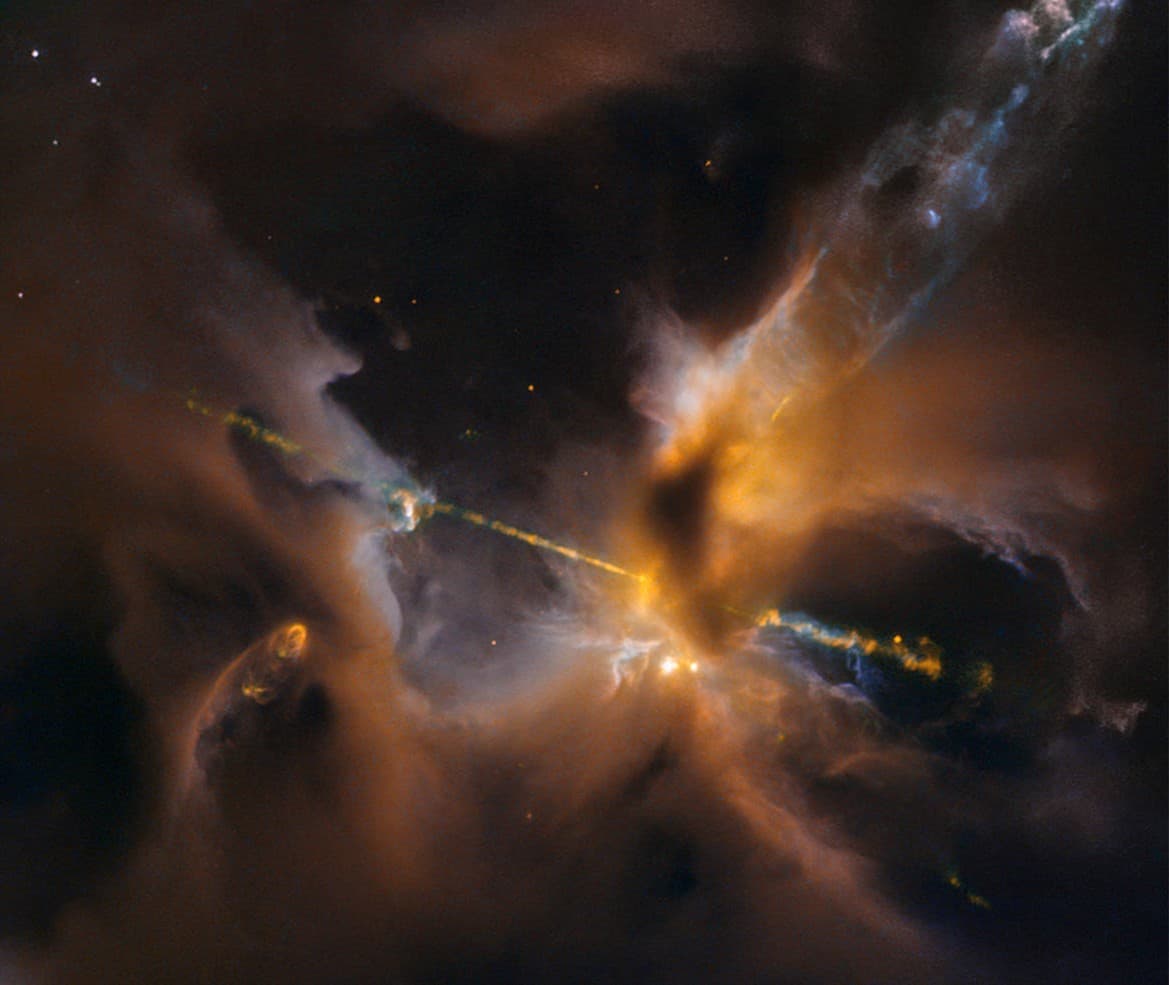 An image captured by NASA’s Hubble Space Telescope shows light slicing through dark clouds of dust and gas. The image was formed by material falling onto a newly born star, causing  beams of bright light to shoot outward at supersonic speeds.

An impressive image of what looks like a double edged light saber, used by one of Star Wars’ most renowned villains, Darth Maul in ‘Star Wars: Episode 1 – The Phantom Menace.”

Clouds of dust and gas collapsing into each other create new stars as they fall inward. As the protostar grows, it begins to gather its power and start a fusion process that sometimes leads to erupting into fiery jets that burst from opposite sides of the stellar pole. As the jets collide with material surrounding it, it creates knotted clumps of material known as Herbig-Haro (HH) objects. This new image which shows the HH object is named HH 24.

Using infrared light, the Hubble telescope was able to cut through the gas and dust and capture clear images of the phenomena.

Scientists note that the double jets featured in image are unusually short, stretching 2.15 trillion kilometers (1.34 trillion miles), which is less than a quarter of a light-year from each end and lasts only a few thousand years. The jets also exhibit closer interaction with its surrounding environment, which suggests that the jets may have been formed recently as well.

It should also be noted that the image was captured within the Earth’s Milky Way galaxy, over 1,350 light years away in the Orion constellation (the Milky Way is some 100,000 light-years across end to end.

The image also shows smaller jets, albeit harder to see and distinguish, created by newborn stars. This might be the densest concentration of HH jets within a specific and small region.