You Can Now Identify a Person's Sex Based On Fingerprints 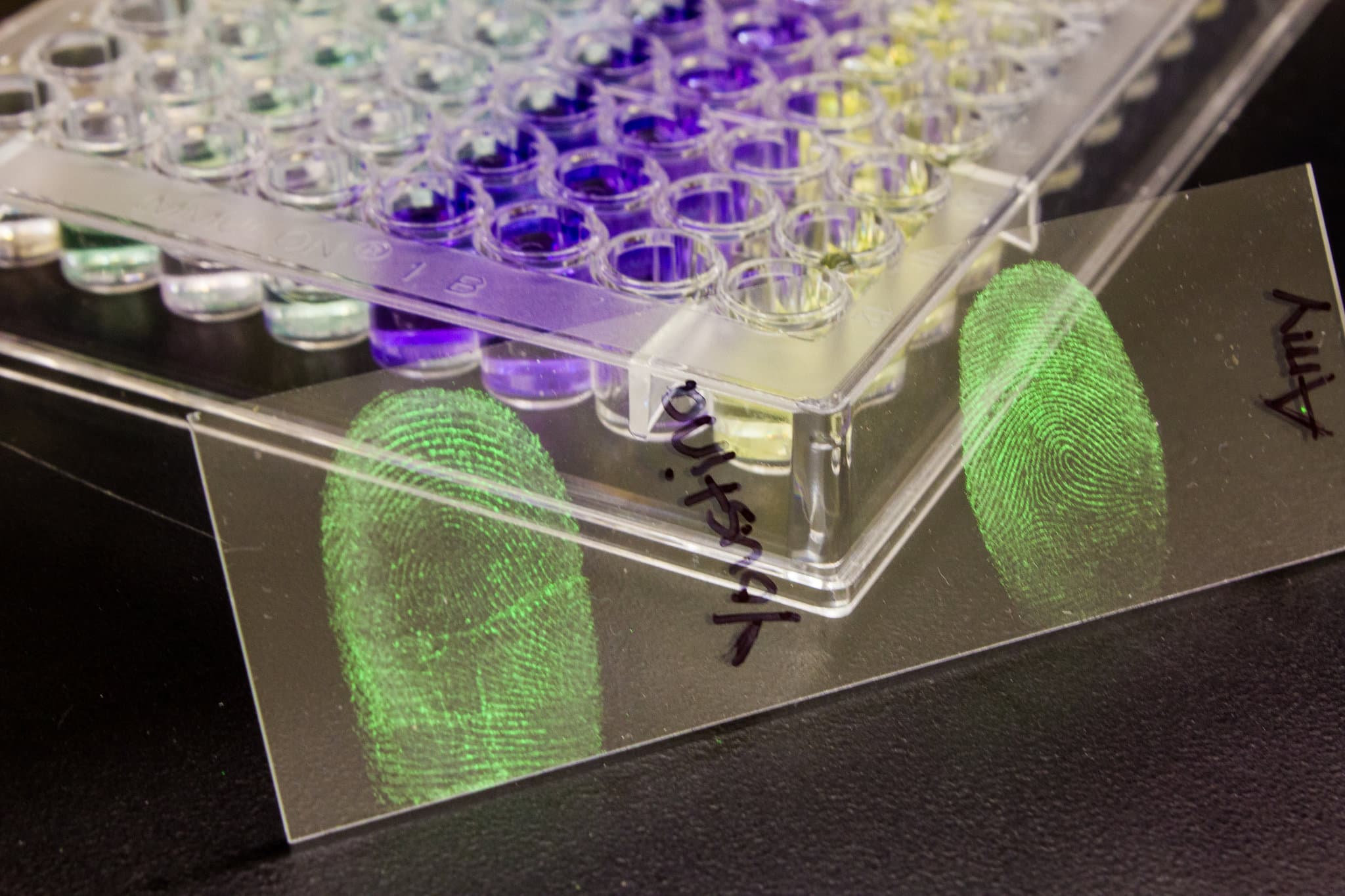 It is largely known that amino acid levels in the sweat of females are twice as high as males; distribution is also notably different due to the hormonal difference between the sexes—and these same characteristics are evident in fingerprints left behind on the things that we touch.

To back these claims, Halamek extracted amino acids from a fingerprint using a piece of plastic wrap. A hydrochloric solution is dropped onto the print and is then heated—this allows the amino acids to migrate to the acidic solution. At this point, scientists can easily check the amino acid levels and distinguish the sex.

According to Halamek and his team, original tests of the method resulted in 99 percent accuracy of the correct sex classification.

"One of the main goals for this project was to move toward looking at the chemical content within the fingerprint, as opposed to relying on simply the fingerprint image," Halámek said.

The technique isn’t meant to compete with DNA analysis, but it does have potential to be used as a complementary way to identify people, particularly those that are not in any of the current databases. This research will prove especially useful for crime scene fingerprint identification.

The study is still in the early stages, and Halamek is pursuing research towards finding additional identification methods that can prove to be useful in the field of forensics.

Read This Next
Futurism
Two Forensic DNA Analysis Techniques Are Under Fire for Serious Inaccuracies
Futurism
Scientists Can Now Identify Individuals Based on Brain Waves—And It’s 100% Accurate
More on Hard Science
Warped Tour
Thursday on futurism
Professor Believes Door to Warp Drive May Lie With Ethylene Glycol
Sky Bursts
Thursday on the byte
Astronomers Intrigued by 25 Mysterious Repeating Radio Signals From Deep Space
Tractor Beam
Jan 26 on the byte
Scientists Build Working Tractor Beam, Although It's Comically Tiny
READ MORE STORIES ABOUT / Hard Science
Keep up.
Subscribe to our daily newsletter to keep in touch with the subjects shaping our future.
+Social+Newsletter
TopicsAbout UsContact Us
Copyright ©, Camden Media Inc All Rights Reserved. See our User Agreement, Privacy Policy and Data Use Policy. The material on this site may not be reproduced, distributed, transmitted, cached or otherwise used, except with prior written permission of Futurism. Articles may contain affiliate links which enable us to share in the revenue of any purchases made.
Fonts by Typekit and Monotype.