Bring This Robot to a Disco, and It'll Dance With You 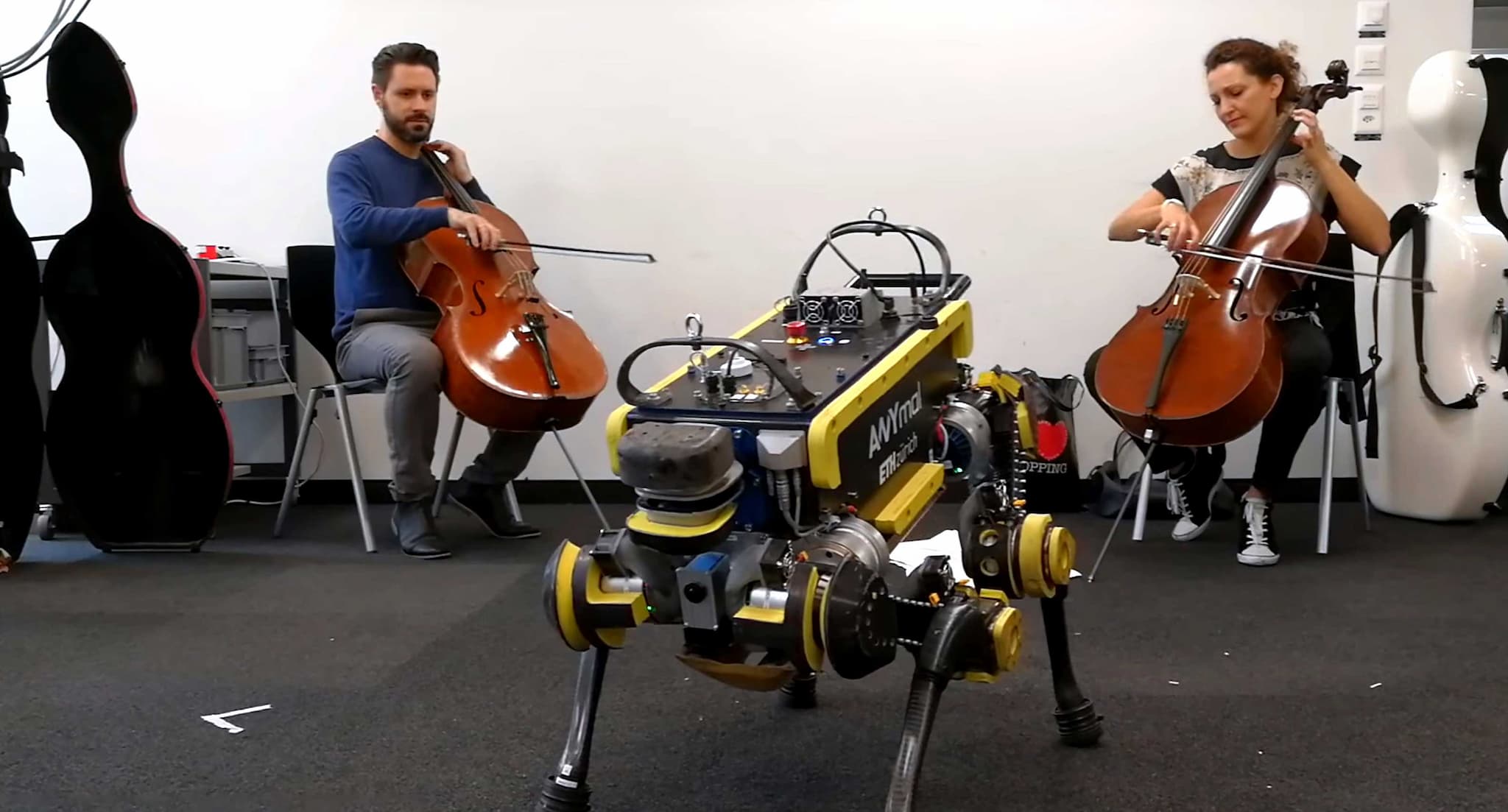 If you're one who thinks the ability to dance is severely missing from modern robotics, the fine folks over at ETH Zurich's Department of Mechanical and Process Engineering have a treat for you. The team has developed a robot – a quadrupedal bot called the ANYmal – with the ability to analyze music and create its own choreography.

Other robots have shown the ability to cut a rug to varying degrees, like the stripper robots on display during the most recent Consumer Electronics Show. Even NAO robots have synchronized skills. However, what makes the ANYmal special is its ability to react to music in real time and not rely on a programmed set of moves.

The accompanying software allows the robot to analyze the beats per minute (BPM) of music, create movement to match those speeds, and then check to ensure the devised movement speed matches the speed of the music. The robot even has the ability to change up its moves when different songs are played back to back (although, to be clear, most of those "moves" involve shaking a robo-behind back and forth).

“We wanted to have it so if you bring the robot to a disco, it can figure out the music, create a choreography, and sync up its motion,” Péter Fankhauser, a doctoral student working on the team, tells The Verge. “We’re also interested in creating lifelike movements. Dancing is a very human and motion-intensive action, so it’s challenging to mimic.”

This may seem like a lot of novelty without much significance to robotics as a whole, but looks can be misleading. The bot's ability to provide itself with a feedback loop could have real applications in fields such as surveying, and search and rescue. Fankhauser compares this with a human's ability to imagine how they will complete a task. In theory, this type of technology could someday save lives.

For now though, the motivation is a little different. “We do a lot of serious things with the robot, but this is the fun side,” says Fankhauser. “For us, for students, for everybody involved, it’s enjoyable to do these things, and really explore the capabilities of the hardware.”

Read This Next
Brands We Love
Robots Are Already Driving and Painting, Now They're Directing Films Too
Futurism
There's Now A Computer Designed Specifically for Programming Intelligent Robots
Futurism
The Military Wants to Make AI That Mimics the Human Brain. Experts Know There’s a Better Way.
Futurism
Saudi Arabia Made a Robot a Citizen. Now, She's Calling For Women's Rights.
Futurism
For the First Time, a Robot Passed a Medical Licensing Exam
More on Artificial Intelligence
Garden Variety RA...
Yesterday on futurism
Scientists Alarmed When Robot Immediately Becomes Racist and Sexist
Clear History
Jun 24 on the byte
Scientists Develop Head-Mounted Device That Detects When You Watch Porn
What's Happening?
Jun 24 on futurism
Google Insider Says Company's AI Could "Escape Control" and "Do Bad Things"
READ MORE STORIES ABOUT / Artificial Intelligence
Keep up.
Subscribe to our daily newsletter to keep in touch with the subjects shaping our future.
+Social+Newsletter
TopicsAbout UsContact Us
Copyright ©, Camden Media Inc All Rights Reserved. See our User Agreement, Privacy Policy and Data Use Policy. The material on this site may not be reproduced, distributed, transmitted, cached or otherwise used, except with prior written permission of Futurism. Fonts by Typekit and Monotype.