If superhero stories have taught us anything, reality needs more eccentric billionaires. 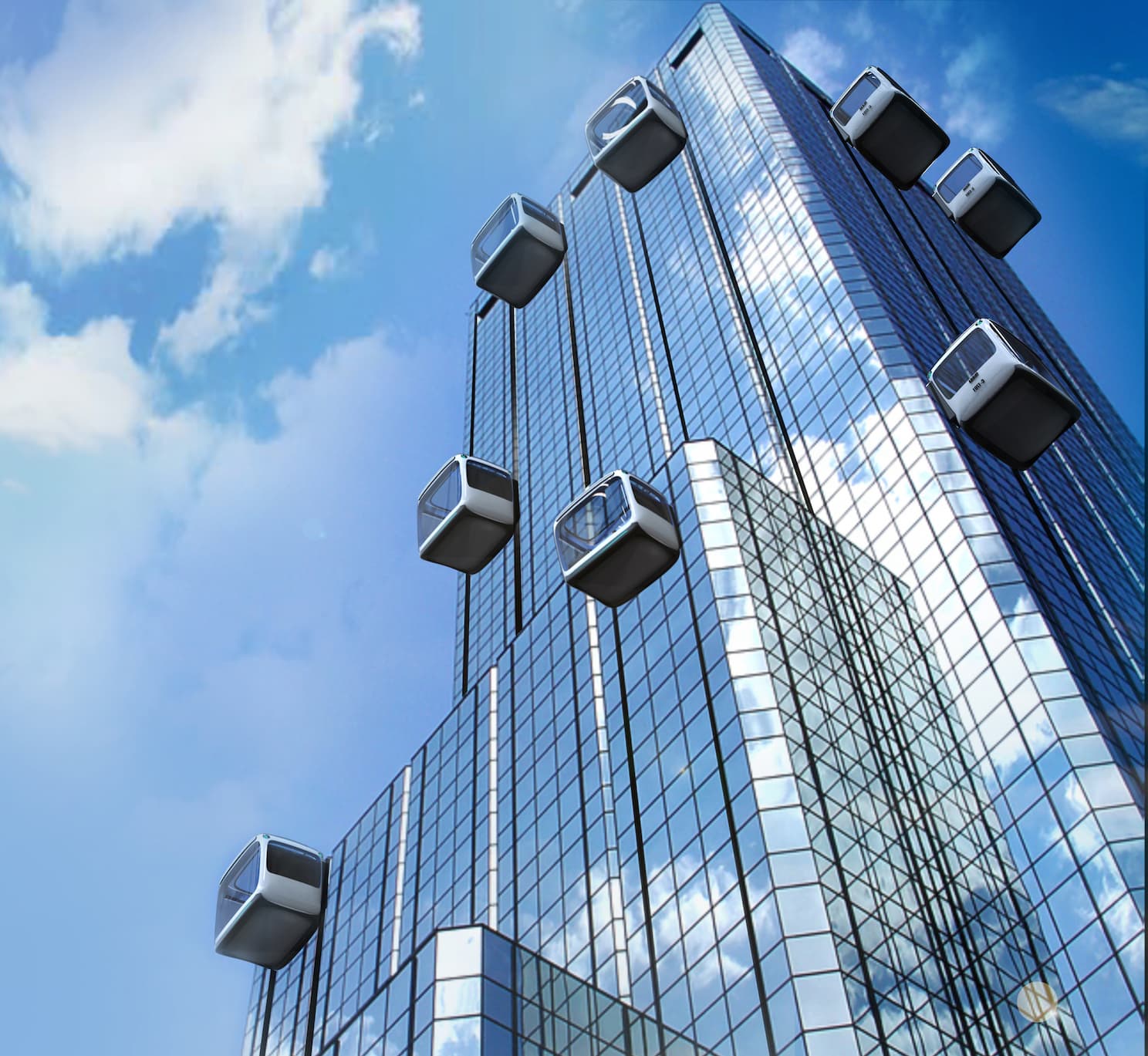 Canadian innovator Charles Bombardier and his company, Imaginactive, are at it again. Recently, they released their wild idea of building Solar Express, a hypothetical space train that never stops and will transport people and cargo between celestial bodies at 1% the speed of light.

And now, Bombardier, in collaboration with Ashish Thulkar, a vehicle designer at the Indian Institute of Science, has presented yet another futuristic idea: self-driving apartment rooms—that's not a typo for self-driving cars, we're really talking about apartments.

This hypothetical autonomous room, named Tridika, can be driven like a car, and attached to an apartment as an additional room. They envision it working on magnets instead of wheels.

It would, however, require buildings to be equipped to accommodate it using a ramp (like an elevator) that would lift it and allow it to attach to your floor in a condominium building.

Imaginactive, seems to live on a motto we can all relate to: dream now, figure out details later. And by the way, if you think you’re as much of a dreamer as Bombardier and his peers, maybe you should give your idea a go through their website. Perhaps you too can unburden yourself from the societal constraints of budgets or even physical possibility.

Read This Next
Futurism
"Space Train" Concept Could Get Humans to Mars in Two Days, If Only It Would Work
More on Sci-Fi Visions
Human v. Giraffe
Tuesday on the byte
Chaotic Italian Fashion Line Baffles Facial Recognition Software
Step One
Tuesday on the byte
World’s Third Richest Person Says He’s Developed "Addiction" to ChatGPT
FROM THE DEPT. OF...
Tuesday on futurism
The Best Places to Buy A Laptop in 2023
READ MORE STORIES ABOUT / Sci-Fi Visions
Keep up.
Subscribe to our daily newsletter to keep in touch with the subjects shaping our future.
+Social+Newsletter
TopicsAbout UsContact Us
Copyright ©, Camden Media Inc All Rights Reserved. See our User Agreement, Privacy Policy and Data Use Policy. The material on this site may not be reproduced, distributed, transmitted, cached or otherwise used, except with prior written permission of Futurism. Articles may contain affiliate links which enable us to share in the revenue of any purchases made.
Fonts by Typekit and Monotype.