The revolution has begun. 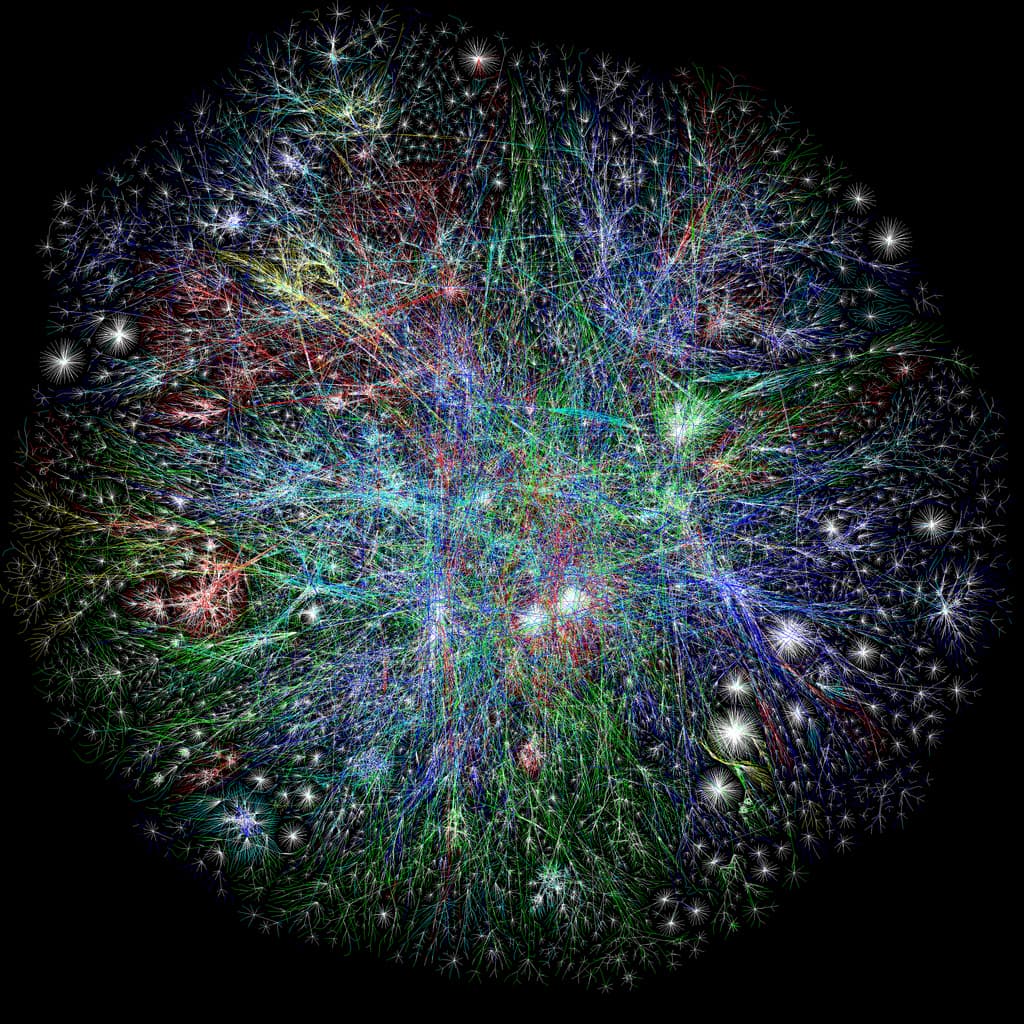 From the birth of language to the dawn of the Internet, the technologies that push humanity forward allow us to collaborate at new scales. We agree on a common purpose, and work together in groups of increasing size and power.

Today, with so many of us connected online, the goal of 3.5 billion people frictionlessly sharing knowledge and collaborating is, in theory, an achievable one.

So why hasn’t the Internet united us? Why is our trust in institutions — government, media, and business — eroding? Why is it so hard for us to make compromises to achieve the ends we desire?

There are, of course, many answers, but here’s a simple one: the Internet is broken.

The Internet democratized access to information in a way previously the realm of science fiction. Texts, videos, and ideas became widely available, and transmittable, and our ability to communicate with each other, organize groups, and choreograph our activities, exploded.

But just when it seemed like the world had opened up, we identified a new type of information, more valuable than any before, and stashed a lot of it away in private vaults. The Internet allowed us to generate, strategically collect, and deploy, rich data about people, programs, companies, markets, and societies. A small, exclusive group of users siphoned this data off, to store in guarded silos and leverage for private gain.

In the end, our minds and their ability to create new ideas are the ultimate source of all human wealth. That’s a resource nearly without limit. — Ramez Naam

To resist the privatization of data, the open source community has existed as long as computing, beginning with cypherpunks and basement hackers. Their movement produced Linux, Wikipedia, and countless more platforms, tools, and projects that succeeded. But it lost the battle for control of the Web 1.0 and 2.0. The winners were personal data collectors, repackagers, and vendors like Facebook and Google.

Finally, though, the tide is turning. Today we have a chance at a new Internet, enabled by decentralizing technologies such as Ethereum, the world computer. Big players are recognizing the benefits of open source, and exploring the community-driven business models they bring. Creators and developers can take power again if we come together in time. We can build a new Internet that puts us, the users, first.

There’s an uncomfortable tension online today. Contributors of songs, ideas, art, code, and stories want to enrich the public sphere, but they need to sustain themselves and get paid for their work. That work adds enormous value to our lives, makes them vibrant, and sometimes even saves them.

The problem is that the way we exchange money captures value in only two dimensions. In truth, value is being created everywhere. Let your eyes linger on an ad in the subway, and value has been created. Tweet a popular hashtag. Turn on the lights. Sign in using Facebook. Report traffic on Waze. Tell someone your secret.

In the twenty-first century, our personal data is probably the most valuable resource most humans still have to offer, and we are giving it to the tech giants in exchange for email services and funny cat videos.— Yuval Harari

There is a shift coming in the way we use the Internet, from an Internet of information to an Internet of value, where we frictionlessly exchange and communicate with no intermediaries.

In this new world, our value is something we carry around with us, that belongs to us and us alone (unless we opt to trade it). Value is captured in as many dimensions as reality. The representation of value that exists on the virtual plane becomes so rich with data that virtual becomes flush with real.

Without trust, there is no love. — Myth of Eros and Psyche

Why don’t we trust each other? Maybe we did when we lived in tribes. In a small group, it’s possible to remember everyone from birth and the characteristics that make up their identities. There's no, "She’s warm-hearted." "He exaggerates." "She prefers to sleep all day."

Today, we empower institutions to guard the trust. We pay them royally for that service, because without trust, there is no business deal, no stamp on a passport, no line of credit, and no peace treaty.

But what happens when we create universal identity — a common and accepted baseline of trust, that exists without need for authority? What if we build a system that is inherently logical, programmable, and safe? What if everyone could share it, access it, and help grow it, all at the exact same time?

“Given a large enough beta-tester and co-developer base, almost every problem will be characterized quickly and the fix obvious to someone.” — Eric S. Raymond, The Cathedral & The Bazaar

There is a new Internet coming, and with it, a new reality.

The architects of the future are already building these systems. But those systems are open source, which means if you help build them, they will be even better and stronger. Join some of the world’s most innovative technologists, entrepreneurs, and humanitarians at Ethereal Summit on May 19th in Brooklyn.

We can use technology to make the world better.

Read This Next
Sad!
Melania Trump Accused of Secretly Buying Her Own NFT to Avoid Disgrace
Greenwashing
World Wildlife Foundation Cancels NFT Project After Critics Point Out That It Was Actually a Huge Polluter
Stoking the Fire
Gaming Exec Says His Customers Are Idiots For Not Understanding How Great NFTs Are
Art Flop
Independent Artists Say NFTs Are the Bane of Their Existence
Plundering DAOs
Hackers Plunder "Cryptocurrency City" That Had Promised "Dank Memes"
More on Future Society
Rough
9:09 PM on futurism
Elon Musk's Twitter Is Reportedly Failing Miserably to Contain Horrific Child Abuse Content
YouTube Propaganda
4:34 PM on the byte
Experts Say There's Something Very Weird About North Korean YouTubers
Bird Crap
Feb 4 on the byte
It Looks Like Elon Musk Is Actually Building a Twitter Payment Platform
READ MORE STORIES ABOUT / Future Society
Keep up.
Subscribe to our daily newsletter to keep in touch with the subjects shaping our future.
+Social+Newsletter
TopicsAbout UsContact Us
Copyright ©, Camden Media Inc All Rights Reserved. See our User Agreement, Privacy Policy and Data Use Policy. The material on this site may not be reproduced, distributed, transmitted, cached or otherwise used, except with prior written permission of Futurism. Articles may contain affiliate links which enable us to share in the revenue of any purchases made.
Fonts by Typekit and Monotype.