If Bitcoin decentralized money creation and money growth, Bitnation is trying to do the same for organizations and nations. 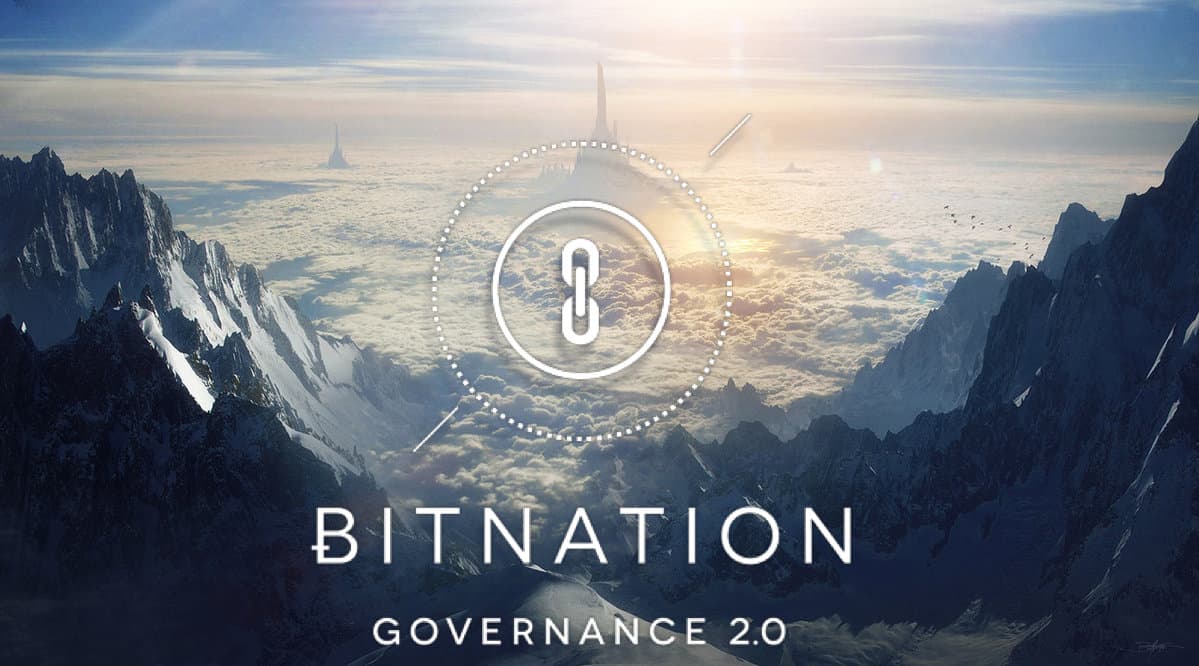 Building a Nation With the Blockchain

Bitcoin is a decentralized currency which is able to function without the presence of a central bank or any other governing authority. It does this by leveraging what is called the blockchain, a distributed database that ensures that all bitcoin transactions operate according to commonly agreed-on rules.

This blockchain means that all bitcoin transactions are recorded, by registering the movement of currency, and it also contrives to keep the payment system for bitcoin secure, open and free from any central authority or point of control.

Enter Bitnation. What Bitcoin has done for money, Bitnation is trying to accomplish for social organization and nations. Like its monetary counterpart, Bitnation also uses a blockchain—except instead of noting transactions, it ensures a system of notarization and personal sovereignty. More recently, it has launched its Decentralized Borderless Voluntary Nation (DBVN) Constitution using Ethereum.

Ethereum allows anyone to establish their own democratic autonomous organization (DAO) which would only exist on the blockchain. DAOs would be controlled by the parties involved, who can make decisions on moving assets, hiring contractors or even issuing and dividing shares. Companies such as Slock.it and the DigixDAO project have begun transitioning into something similar to this.

Susanne Tarkowski Tempelhof, founder of Bitnation, said of the project, "What we are trying to accomplish [with this constitution] is to get rid of geographical apartheid that nation states provide, and we try to do that by offering better and cheaper governance services."

So far, Bitnation's ambitious stab at acephalous governance has been restricted to dispute resolution and security issues. With the assistance of the Ethereum blockchain, so-called "smart contracts" allow for agreements between consenting individuals without the need for any overseeing government authority.

In launching the DVBN constitution, Tempelhof and Alex Van de Sande, a lead designer for Ethereum, cited the opening passage of John Perry Barlow's "A Declaration of the Independence of Cyberspace":

"Governments of the Industrial World, you weary giants of flesh and steel, I come from Cyberspace, the new home of Mind. On behalf of the future, I ask you of the past to leave us alone. You are not welcome among us. You have no sovereignty where we gather.

We have no elected government, nor are we likely to have one, so I address you with no greater authority than that with which liberty itself always speaks. I declare the global social space we are building to be naturally independent of the tyrannies you seek to impose on us. You have no moral right to rule us nor do you possess any methods of enforcement we have true reason to fear."

Van de Sande emphasizes that Bitnationals believe in invoking the spirit of this statement—they are trying to get the Internet to become a decentralized, distributed system. They want to see to it that services commonly centralized in tech companies become more decentralized, and to lessen those points of contact wherein the tendrils of government interference can insinuate themselves.

"When you run a smart contract on Ethereum, it's running everywhere and nowhere," Van de Sande said.

What DAOs could do is take democracy in a new direction where it becomes similar to a peer-to-peer future. It could lead to a brave new world where organizations codify their laws to fit their politics, whether in voting, hierarchy or structure. It could even allow for the emergence of new approaches to democracy, such as liquid democracy, and implement these in the real world.

Furthermore, by implementing all of these on a virtual blockchain, it allows a variety of laws to simultaneously coexist, and provides a free-market approach to which laws will be used or applied in contracts and regulations.

Tempelhof says, "Decentralised also means personal autonomy. We decide what we do. Nobody tells us. And being borderless means that we are not confined by a passport to live in an area of war or famine. That's as wrong as judging people on the color of their skin or sexual preference."

Currently, Bitnation has been used by Estonian e-residents all over the world to notarize their marriages, birth certificates, business contracts and more, all on the blockchain. With the addition of this constitution, it may lead to the emergence of a virtual nation without any borders or limitations.

The Bitnation Constitution can be viewed online on Github.

Read This Next
Regulating Crypto
Hillary Clinton Calls Out Crypto Exchanges for Letting Russia Bypass Sanctions
Bye Bye Baby
Lawyer for Crypto Laundering Rapper Says She Won't Flee Because of Her Frozen Embryos
Bitcoin & Clyde
Feds Arrest Crypto CEO for Bitcoin Laundering, But Her Real Crime Was Against Rap Music
HODL Problems
An Entire Country Switched to Bitcoin and Now Its Economy Is Floundering
Bitcoin Disease
Ex-Crypto Backer: Bitcoin Is a "Contagious Disease" and It's About to Get Nasty
More on Future Society
Head Like A Hole
Nov 23 on futurism
Elon Musk's Crying About Trent Reznor Shows That He Is a Big, Big Baby
Miserly Musk
Nov 22 on the byte
Cheapskate Elon Musk Refusing to Pay Bills at Twitter
Secrets Secrets
Nov 22 on futurism
Elon Musk Vigorously Denies That SBF Secretly Owns Part of Twitter
READ MORE STORIES ABOUT / Future Society
Keep up.
Subscribe to our daily newsletter to keep in touch with the subjects shaping our future.
+Social+Newsletter
TopicsAbout UsContact Us
Copyright ©, Camden Media Inc All Rights Reserved. See our User Agreement, Privacy Policy and Data Use Policy. The material on this site may not be reproduced, distributed, transmitted, cached or otherwise used, except with prior written permission of Futurism. Articles may contain affiliate links which enable us to share in the revenue of any purchases made.
Fonts by Typekit and Monotype.