Break out your vinyl. 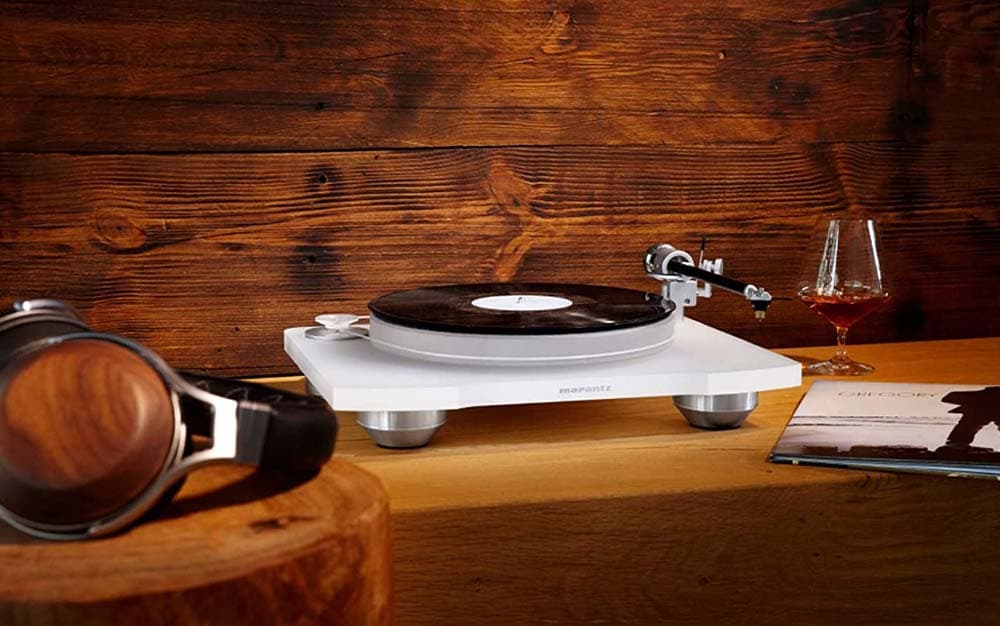 Interest in vintage turntables has risen steadily in recent years despite streaming’s reign as the medium of choice for listening to music. The trend follows the resurgence of vinyl records, which reached a new high in 2021 when vinyl outsold compact discs for the first time since 1991. Clearly, consumers still place a high value on the listening experience, especially at home where audiophiles can build their ultimate sound systems. And it all begins with high-fidelity reproduction at the source.

Vintage turntables are the key to unlocking that magical vinyl sound. But tracking down the best audio quality for the best value in turntables can be less a labor of love and more an endless errand of spec sheets and shady online sellers. We’ve all been there. For this guide, we looked at the most in-demand turntables on the vintage market and sized them up for you. Get ready to spin the black circle in style with the best vintage turntables.

How We Chose the Best Vintage Turntables

If you're reading this article, chances are you have begun to wade through the myriad of options in the vintage turntable market and clicked here looking for some clarity. We hope you've found it. Here is how we evaluated the turntables in our list.

We looked at both well-known and more esoteric manufacturers of turntables through the years, and considered their flagship models based on specifications like drive type, tonearm, and speeds supported, as well as availability of components and versatility.

Why It Made The Cut: Although the Linn Sondek LP12 has been refined over five decades, it’s still faithful to the original superior design and sound.

The Linn Sondek LP12 needs no introduction to audiophiles, but it’s not an immediately recognizable brand to most people. The LP12 was Ivor Tiefenbrun’s first product to market when he founded Linn 50 years ago, and they’re still making it today, albeit with some modifications. Older models are a hot commodity with collectors, but the LP12’s modular design means you could retrofit any unit for the specs you want.

All of that means nothing if the product doesn’t perform —and it does, thanks to a design that uses spring suspension and components tweaked over the years for fidelity and design. Now for the elephant in the room: This turntable is very expensive. The Majik LP12 variation lists for $4,995 new, but you can spend up to 30 grand on a new Klimax LP12. If that’s too rich for your wallet, read on.

Why It Made The Cut: The Technics SL-1200 outperforms by using its sibling’s original direct-drive design as a blueprint.

Technics dropped the SL-1200 into the high-end turntable market in the early 1970s, right around the time party DJs like Kool Herc were pioneering what became hip-hop. Literally millions of turntables later, the SL-1200 is still popular with turntablists who use it as an instrument to create music, as well as vinyl aficionados who listen for leisure.

As a direct descendent of the Technics SP-10, the first direct-drive turntable, the SL-1200 has bonafides right out of the box. Like the Linn Sondek LP12, this Technics classic has benefited from five decades of refinement — in this case, including measures to minimize vibration, the addition of a detent-free pitch fader, and a sensitive, gimbal suspended tonearm. Even the tweaks made for turntablists, such as a stylus light, can be beneficial to lay users.

But if you’re feeling the pull of nostalgia, the secondary market is full of used SL-1200s from previous eras.

Why It Made The Cut: Noiseless belt drive that still delivers on a range of speeds.

— Costs more than your first car

The Thorens TD-124 was introduced as a broadcast production-quality turntable, overbuilt in all the right places for radio DJs who relied on pristine audio, precision performance, and absolute reliability.

Like other turntables in this guide, the Thorens TD-124 harkens to a time when products were built to last. Indeed, many of the 90,000 units produced from 1957 to 1968 are still operational today, thanks to a solid design, tight manufacturing tolerances, and the continued availability of replacement parts like the motor, friction wheel, and plate bearings.

Although they were never cheap, either in construction or price — in the early sixties, the TD-124 sold for 99 bucks, roughly $900 today — you can expect to pay a king’s ransom for the latest iteration, the TD-124DD, which lists for $11,999. Luckily, used TD-124s can be had for the relatively affordable price of just a few grand on the used market.

Why It Made The Cut: This premium-level turntable is readily available on the used market, and usually at a very reasonable price.

The Dual 1229 came out in the early seventies, a golden era in turntable designs, alongside several other models on this list. While the Dual 1229 may be one of the more reasonably priced vintage turntables on the secondary market, its affordability is just an outlier compared with other vintage decks, this is a solid performer all the way around.

The turntable’s heavy platter means steady, accurate playback with no flutter for you, and its stackable design lets you load multiple records for continuous playing, no matter the format. Although the tonearm is longer than typical turntables of this era, it’s engineered to minimize friction between the tonearm and your vinyl records.

Best for the Money: Marantz TT-15S1

Why It Made The Cut: You could spend a lot more on an older iteration, but why?

The Marantz TT-15S1 turntable is a sight to behold: its creamy white, low-profile acrylic plinth is elegant and minimalist in design, but this deck is anything but ordinary.

Although Marantz has been around since the fifties, its first products were preamps, not turntables. The lineage of the TT-15S1 begins in the late seventies with the Marantz TT-1100, which now fetches upwards of $5,000 on the secondary market — several times more than its descendent. The TT-15S1 shares an uncanny resemblance to the TT-1100 but benefits from another four decades of engineering.

The plinth is supported by feet that absorb external vibrations, allowing the detailed, neutral sound to create an acoustic environment where mids excel and well-mastered albums spring to life.

Our only beef is that the speed is set manually, so when you want to change from 33.3 rpm albums to 45 rpm singles, you’ll need to move the belt from one pulley to another. It’s not a headache, but qualifies as a minor design quirk.

Things to Consider Before Buying a Vintage Turntable

Be a gearhead. Learn the ins and outs of the various types of drive systems and what makes them different. Learn your own sonic preferences so you can more easily find a match in the world of vintage turntables. Being a geek will serve your ears well.

Yes, reputation is subjective — but it's often based on personal experiences. The audiophile community is very online, and it's full of opinions you may or may not care to know. But the reputation of a turntable model or maker could help steer you away from a disaster and toward the deck of your dreams.

In the event you decide on a turntable that is no longer made, and especially if the company itself has folded, make sure there are other enthusiasts in the online community who can answer questions about your model. With most vintage turntables, that shouldn't be difficult, but it is important.

Q: How much do vintage turntables cost?

There’s an old saying: If you have to ask, you can’t afford it. We don’t want to sink anyone’s enthusiasm, but you can spend as much as you want in pursuit of the best vintage turntable rig. Luckily, though, there are some affordable models on the primary and secondary markets. You could snag a killer deck for a few hundred dollars, or just as easily squander your kid’s college fund. But if you have the means, your hunt will reward you.

A lot of audiophiles swear by the sound of golden-era turntables. It’s true that vinyl records possess a natural, analog warmth and humanity that digital media can’t reproduce. Whether it’s noticeable enough to justify the expense is up to you.

Yes, old turntables can play new records. Make sure your turntable can play both 33.3 rpm and 45 rpm records, the most common modern formats for vinyl.

Some will say a belt drive outperforms a direct drive, but our advice is to trust your ears. They rarely lie.

Q: How long do turntables last?

As the vintage market proves, if you take care of a well-made turntable it could last a lifetime.

Q: What’s the difference between a turntable and a record player?

Record players are complete kits that include a preamp and power amp and are plug-and-play. A turntable is typically just the revolving platter, tonearm, and drive motor, mounted to a plinth.

Ultimately, you can't go wrong with any of the turntables on this list. But for a solid design with the ability to swap components over decades of development, the Linn Sondek LP12 rises to the top.