Spread (internet) speed, streaming, and gaming throughout your house with the help of a mesh WiFi system. 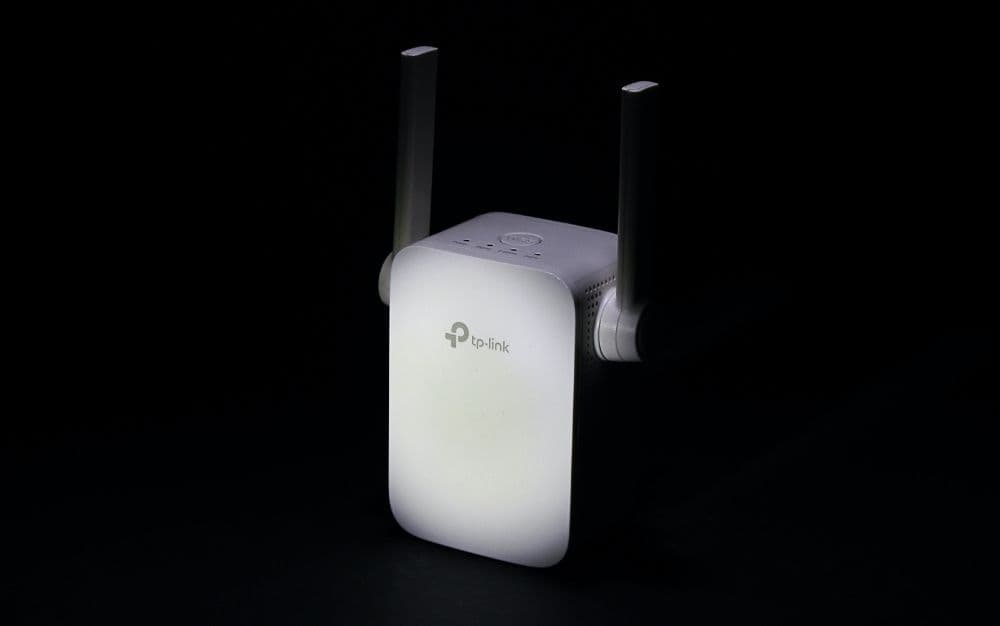 Home WiFi networks have taken on far more in the last couple of years, with more people working, educating, and gaming from home. Dead zones and weak signals become obvious very quickly when everyone and all their smart devices need to use the internet at once. Mesh WiFi systems reduce or even eliminate dead zones and improve speeds throughout the home by extending the reach of your WiFi.

A mesh WiFi system uses a team of routers to spread the coverage area while preserving internet speeds. The result is fast internet throughout the home. The systems range in the speeds they offer and their coverage area. The number of smart devices, computers, and gaming consoles you have in your home and how you use them influence which type of mesh system will work best for you. We’ve put together our top picks along with some tips to help you choose the right system.

How We Picked the Products

We evaluated mesh WiFi systems based on their wireless specification, ease of setup, speed, and security and parental controls.

Ease of Setup: Mesh WiFi systems are known for simple installation. We looked for systems with apps or web consoles that walk users through the setup process.

Speed: Access to multiple bands isn’t the only factor that determines internet speed. Models that use MIMO (Multiple-Input, Multiple-Output) and MU-MIMO (Multiple User, Multiple-Input, Multiple-Output) technology — which respectively enable multiple antennas to act as transmitters and receivers and allow routers to divide bandwidth into streams that connect to individual devices — can also improve the router’s performance.

Security and Parental Controls: Routers that include extensive malware and antivirus protection can protect your family from identity theft and malicious cyber attacks. Not every router offers parental controls, but we wanted to include options that give families ways to monitor and protect children from harmful content.

Why It Made The Cut: The Deco M9 Plus offers seamless connectivity but also acts as an automation hub to control smart devices, making it a 2-for-1 for smart homes.

The best mesh WiFi system, TP-Link Deco M9 Plus, offers a 2-for-1 system with its ability to serve as a router and as an automation hub to manage smart devices. It comes with two identical nodes that cover up to 6,500 square feet. TP-Link reports this system is ideal for four to six bedrooms.

This tri-band system offers one 2.4 GHz band and two 5 GHz bands, though you can’t separate those bands for customized control. It’s compatible with a wide range of smart products, such as Securifi sensors, Samsung SmartThings outlets, and Philips smart bulbs.

Built-in malware and virus protection keep you protected from the moment you turn on the first node. It also comes with excellent parental controls to complete the package as the best overall mesh WiFi systems.

Why It Made The Cut: This tri-band system sets up like a dream and covers a large 6,000 square foot area.

Rockspace’s Tri-Band Mesh WiFi System features three cube-shaped nodes that extend the coverage area to 6,000 square feet. The system can cover over eight rooms and accommodate over 100 smart devices. As a tri-band system, it includes one 2.4 GHz band, one 5 GHz band, and a 5.8 GHz band. The fastest band, the 5.8 GHz, functions as the backhaul for faster speeds throughout the network.

All of that can be set up and running within minutes. It gets the easiest setup badge for its user-friendly app that walks you through the process. Each node has two LAN Ethernet ports that can connect with TVs, computers, and gaming systems.

While the setup process is easy and the app walks you through it, the included user’s guide offers little actual guidance. You have to rely on the app.

Why It Made The Cut: The ET8 features the latest 6E technology for fast throughput. It also offers impressive security, parental control, and ports, making it the best option for large homes.

Pros:
— Powerful parental and malware controls
— Strong signal, even at the edges of the coverage area
— Simple installation
— Fast speeds
— Ready for the next wave of technology

Cons:
— Expensive
— Some settings can only be accessed through web console

The ASUS ZenWiFi ET8 packs a lot of power into a large coverage area of up to 5,500 square feet. Its 6E technology helps provide some of the fastest speeds available — even faster than the already lightning-quick WiFi 6. Not many 6E devices are on the market, but it’s only a matter of time before they are. And with the ET8, you’re ready for the next wave of smart devices before they’re even out.

Beyond speed and coverage area, the ET8 is also simple to install. You don’t need to be a wiz to get it up and running, nor to use the many features. For example, it’s equipped with robust malware and parental controls that you can access through the accompanying app. The app makes it easy to monitor and make adjustments based on real-time information.

However, there are certain advanced features and functions that will require users to log into a web-based console. Additionally, at over $500, this is an expensive system.

Why It Made The Cut: Devolo has created a unique way to expand your network coverage, making this cross between a mesh system and network extender worth considering.

The Devolo Magic WiFi system is a little different than the others on our list. The adaptors, which function like a traditional mesh network’s nodes, transform power lines into transmitters. Using the power line network, the Devolo can take WiFi to areas blocked by walls or separate floors.

Each unit has a passthrough electrical socket, so you don’t lose your outlets to the internet. The LAN ports are at the top of the node, keeping cords out of the way. Installation isn’t the easiest and takes some patience. For example, you have to activate and connect the nodes in the right order, or you have to start from the beginning because the system gets confused.

We like that each node broadcasts the same network, so employees or family members on different levels of the office or home don’t need to switch networks while moving about. An issue to keep in mind, though, is that the distance between nodes can affect the internet speeds.

Why It Made The Cut: The Orbi provides excellent coverage, speeds, and uses MU-MIMO technology to streamline your network at a price most can afford.

Pros:
— Uses MU-MIMO technology
— Excellent speed and performance
— Can set up with either an app or browser

The Netgear Orbi offers impressive performance at a price that’s affordable for most people who require fast internet. It uses MU-MIMO technology, so devices can send and receive data simultaneously rather than waiting in a queue. It allows users to use more devices without losing internet speed. That technology works with all of the system’s other specs to provide excellent speed throughout the Orbi’s coverage area.

Things to Consider Before Buying a Mesh WiFi System

No one wants a complicated router setup that requires several calls to customer service. Thankfully, most mesh systems are designed for those who aren’t tech-savvy. They usually have a downloadable app to walk you through the setup process. That process often includes illustrated step-by-step instructions and suggestions on where to place each node. Mesh WiFi systems may also assign devices to the best radio bands and WiFi channels for you, streamlining internet traffic.

Plus, if you need more nodes later on, you can always add them. Right now, there isn’t a limit on how many nodes you can add. Using the app, you can monitor who is using which node and, in some cases, prioritize certain devices.

Mesh routers are placed throughout the home, so they’re designed to be less conspicuous than a traditional router. Their antennas are usually internal, hiding them from view. The nodes are relatively small, white or black in color, and unobtrusive. They’re meant to blend in and prevent your home from looking like an electronics store.

Mesh WiFi systems cost more than a traditional router or a router with an extender. However, you’re paying for a bare minimum of two devices and possibly several more that are capable of monitoring and running your home network. That kind of control and coverage is where the extra cost comes in.

A router with an extender typically provides more control over performance and connectivity, including assigning radio bands to specific devices or switching networks when using different areas of the house. For ease of use, a mesh WiFi system wins almost every time. Mesh systems have similar speed and better coverage than a traditional router and less time managing it.

Mesh WiFi uses at least two and possibly several nodes that serve as routers. The nodes connect to one another, extending the coverage area of a single network. They’re easier to set up than a network extender and don’t require setting up separate networks.

Q: What is the fastest mesh WiFi?
The fastest mesh WiFi systems offer the latest WiFi 6E technology. For years, the only radio bands open to home devices — including the growing number of smart devices — have been the 2.4 GHz and 5 GHz bands. The FCC opened up the 6 GHz band in 2020. Routers with 6E technology add the 6 GHz band to their multi-band systems. Very few devices currently use this band, but those that do face less interference and traffic from other devices, making it the fastest internet available for home use.

Q: How much does a mesh WiFi system cost?
The least expensive mesh WiFi systems start just above $100, with the most expensive coming in at over $500. The number of nodes, WiFi technology, bands, ports, and security features all influence the price of the system.

The TP-Link Deco M9 Plus Mesh WiFi System can double as an automation hub, controlling smart devices while offering seamless WiFi. However, it’s on the pricier side. If you’re on a more limited budget, you can still get great speed and coverage with the Netgear Orbi Whole Home Mesh WiFi System. The Orbi is simple to set up and covers a wide area.