The Best Antivirus Software of 2023

Is your information safe? 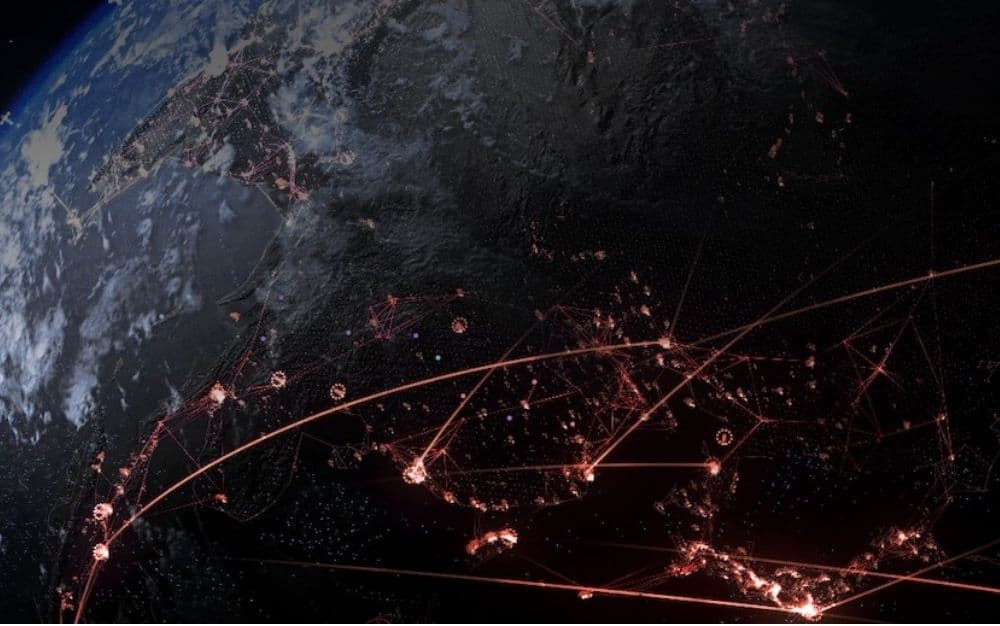 Malware, spyware, and computer viruses are released by people who want to destroy your devices or access information they shouldn’t. It might seem like viruses are a thing of the past, but hackers have only grown more sophisticated in their techniques.

Different antivirus software may work better on PCs versus Macs or offer a subscription that covers several devices instead of just one. The type of devices you own, their operating systems, and the kind of threats you’re hoping to avoid will all help you determine the right software for you.

You’ll also need to keep a budget in mind. There are free options, but the most convenient and comprehensive usually require a paid subscription. We’ve rounded up some of the best antivirus software options and have included a guide to help you through the decision-making process.

How We Picked the Best Antivirus Software

In our extensive search, we evaluated the software type and what it included. For example, some suites cover a broader range of threats, including identity theft and anti-tracker features, while others go further by providing cloud backup and file shredding.

Not only did our research include what the software did but how well each feature worked in the real world. We asked questions like what does the software do when it detects a threat? Remove it? Isolate it? Does the software scan and report on vulnerabilities? Does it help optimize the user experience?

We also considered the packages offered beyond those among our picks. A wide range of options for the diverse needs of the modern user got bonus points. We were wary of software that used up too much memory, slowing down devices.

Finally, we couldn’t ignore the ease of use. Some dashboards are easy to navigate to make custom adjustments, while others are best left to those who know the inner workings of their device.

Why It Made The Cut: Bitdefender offers more than protection from attacks, including password management, ransomware protection, and VPN, creating one of the most inclusive suites available.

Cons:
— Unlimited VPN is only in the most expensive package

Bitdefender offers an all-inclusive antivirus suite with added security features that make it one of the best antivirus software options on the market. While it doesn’t specifically have features to prevent identity theft, the combination of features does make it difficult for hackers or phishers to get near sensitive data.

Among the many basic options like protection from adware, malware, and spyware, Bitdefender also offers a browser that can secure basic transaction information. That includes web filtering and phishing protection. It also includes extra security features like password management, a file shredder, and an anti-tracker extension.

Bitdefender offers several packages and price tiers, including some for Macs, mobile, and business. While you can get some VPN in the lower tiers, only the most expensive package includes unlimited VPN for home use, which can leave your personal information vulnerable.

Why It Made The Cut: Norton is a trusted name in online security and the Norton 360 provides a range of protection for Mac products at a reasonable price.

Cons:
— Works with only one device
— No parental controls

Most antivirus software companies have at least some offerings for Macs, but Norton gets the prize for the best antivirus for Macs for the variety of solutions it offers. The company has packages across operating systems, including Windows, Mac, Android, and iOS.

Norton’s 360 Standard program provides extra protection against phishing, data and identity theft, spyware, and more. The downloadable package for Apple provides protection for one device and works with iOS devices such as Macs, iPads, and iPhones. It comes with a smart firewall, secure VPN, password manager, and dark web monitoring. Norton also provides The program comes with 10GB of cloud storage. It’s priced at $39.99 for the first year, then automatically renews at $84.99. Users looking to protect more devices and for additional features should consider the Norton 360 Deluxe.

Why It Made The Cut: Norton Plus includes online backup, a password manager, and exploit protection along with the standard protections needed for secure Windows 10 on five PCs.

Norton 360 Deluxe isn’t Norton’s most basic package, but we’d pick this one over the basic for a number of reasons. The first being that if you need to protect more than one computer, you’ll get a better bang for your buck with the five licenses that come with the 360 Deluxe package.

This package has the excellent antivirus, spyware, malware, and ransomware protection needed to make it the best antivirus for Windows 10. However, it got bonus points for added features like password management and option parental controls. Users have access to VPN (though not unlimited unless you get Norton’s top-tier package), webcam protection, and privacy monitoring. Norton also scans the Dark Web with this package, searching for cybercriminals who’ve put your personal information for sale on the web.

Norton is one of the more expensive suites, which is one of the reasons you’re better off with the 360 Deluxe rather than their Plus package. The other issue we have with this package is that you have five devices, but your VPN use is limited, which could leave you vulnerable.

Why It Made The Cut: McAfee provides protection for Windows, Mac, Android, and iOS devices and includes multi-device plans at an affordable price.

Pros:
— Protect all of your devices and operating systems with single subscription
— Unlimited VPN most packages
— Includes firewall with basic antivirus package
— Offers an app boost feature to prevent slowdowns

Cons:
— Not all features are available for every operating system

McAfee’s Antivirus Plus protects five devices for one year at an extremely affordable price. Other packages include a single user/single device plan and an unlimited devices plan, which is still affordable. McAfee also offers unlimited VPN on all but their most basic package.

The Plus package provides great antivirus protection, a firewall (also found on their basic package, which is unusual), password manager, file shredder, browsing protection, and PC optimization. It also monitors up to ten email addresses for spam. All devices also get access to unlimited VPN across devices, another uncommon feature at this price range. We also like that they include an app boost feature to prevent slowdowns.

The downside is that not all security and safety features are available for every operating system. The Mac and iOS systems, in particular, don’t have the full protections that Windows gets. While that’s not unusual, we wish it wasn’t so.

Why It Made The Cut: Bitdefender’s free edition covers the basics with a precision you’d expect from the best free antivirus software.

Bitdefender’s free antivirus software provides safety for PCs, Macs, and Android, though you have to download the correct version to your device because a single license doesn’t cover them all. Within that license, however, you get a lot for absolutely nothing.

This software offers real-time threat detection that takes action as soon as a threat shows up. That action usually includes stopping the attack in its tracks until you can decide what you want to do with it. For free software, its malware removal is impressive and powerful. That includes removing ransomware and spyware, along with other threats.

Though it’s free, Bitdefender’s free edition also has anti-phishing and anti-fraud features. Finally, this free edition doesn’t eat up your memory, slowing your devices. The only real downside is that you don’t get any of Bitdefender’s upgrades, like VPN, anti-tracker, and a vulnerability assessment.

Spam Filters: Spam filters offer extra filtering for your inbox. There are both free and paid options available as a standalone option or as part of a suite.

Anti-Phishing Toolbars: These free security toolbars are designed for all major browsers. They prevent your information from falling into the hands of phishing sites that look like legit businesses.

File Shredders: Hitting delete on your files doesn’t erase all traces from your hard drive. File shredders make sure sensitive information can’t be recovered by a hacker or by someone who’s purchased an old computer or laptop from you.

Free Anti-Malware Programs: Bitdefender and Windows Defender are two examples of suites that offer free anti-malware options. These programs are typically downloads that prevent malicious software from tracking your spending habits (without your permission), stealing information, or damaging your hardware or software.

Paid Antivirus Suites: Paid suites offer broad-spectrum protection. They can include firewalls, spam filters, anti-phishing toolbars, and vulnerability reports. Suites often include protection for multiple devices and operating systems. Subscriptions are renewed every year or two, depending on your plan. They may offer a free trial or have some free software for minimal protection. More expensive plans may include free backups, file shredding, and unlimited VPN. (VPN protects your data when you use a public network. Instead of sending information directly from your device, it goes to the VPN so that anyone trying to grab your personal information goes to the VPN rather than your device.)

There are some extra features that you’ll only find as a part of paid suites. If you want any of the following, you won’t find them in a free antivirus program:

In general, PCs are more vulnerable than Macs to viruses and malware. However, Macs can pass infected files to PCs as well as any Macs connected to those PCs in a network. While Macs aren’t as susceptible to attack, they still need antivirus software to safely browse the web and access banking and other sensitive information.

Your devices will also determine the complexity of the antivirus software you can use. Some suites gobble up memory. If your machine has less than 4GB available, a paid suite could slow things down significantly.

You definitely need antivirus software in 2023. While the name implies that viruses are all you’re fighting, today’s virtual attacks are much more sophisticated and nuanced. An up-to-date antivirus software subscription keeps up with the ever-changing spyware, malware, and ransomware hitting the web every day. You’ll need that to protect your private information and operating system.

Q: What does antivirus do?

Antivirus software is a program that hunts, detects, and removes computer viruses. The name antivirus is a little misleading because the antivirus software you’ll find now searches out much more than viruses. It detects spam, spyware, and malware to prevent theft and damage to your devices.

For many people, free antivirus software is enough. However, you have to surf safely. Don’t download software from an unfamiliar site. Never click on email links to access sensitive information, such as bank or credit card info. Instead, go directly to the site yourself.

Bitdefender offers everything you’ll need, including excellent detection and removal tools. It also provides enhanced security and anti-tracker components. However, if you’re looking for the best antivirus software on a budget, Bitdefender Antivirus Free Edition can keep you safe, though you’ll lose VPN and other extras.