Baidu is Bringing Their Self-Driving Cars to the U.S.

We are going to have a new autonomous car in Silicon Valley. 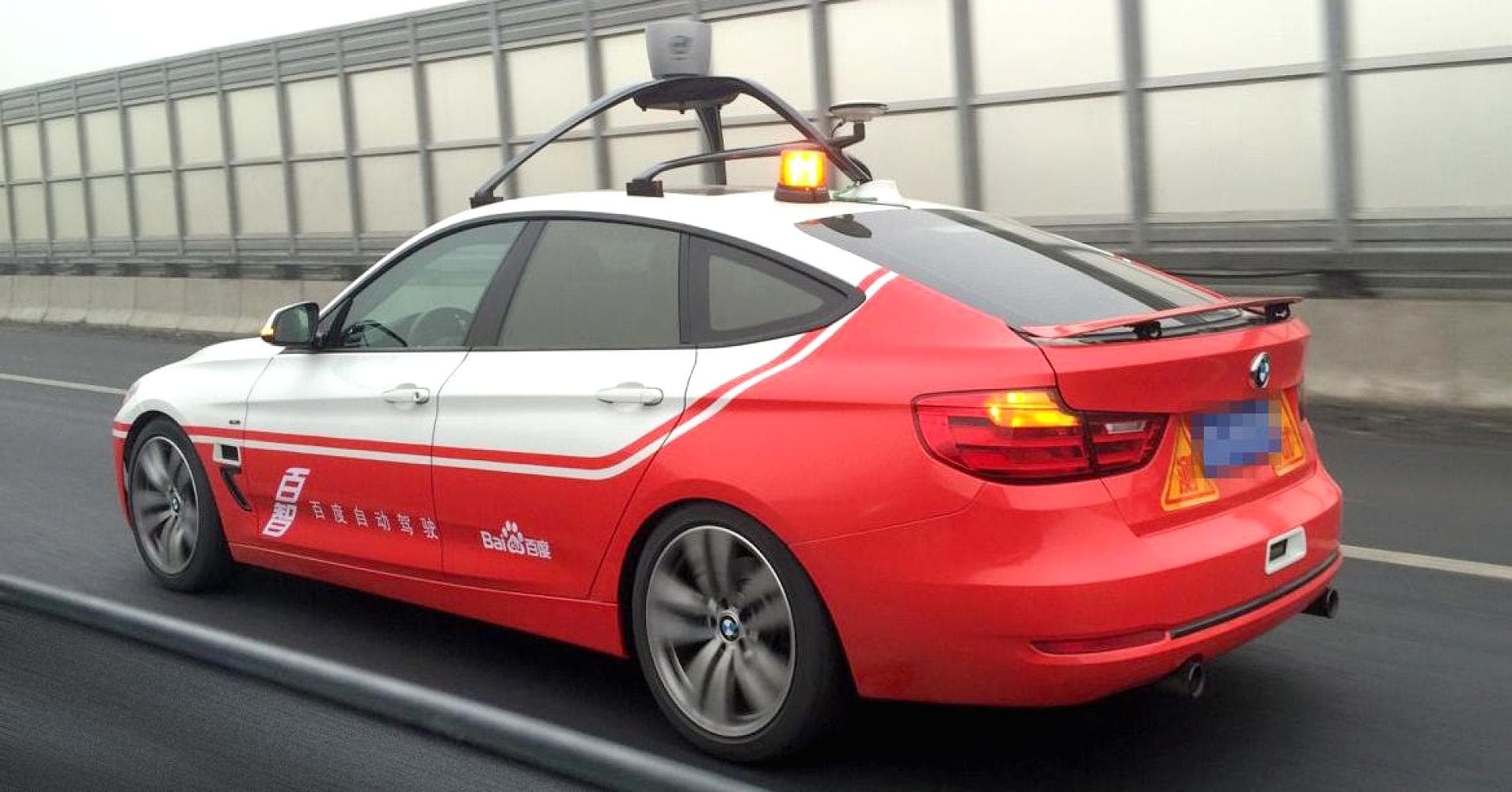 Baidu, often called the "Google of China," recently announced that it will begin its driverless car testing at its Silicon Valley center. Ultimately, Baidu foresees having a commercially viable autonomous car on the road by 2018.

As some motor companies tackle difficult issues, such as self-driving in inclement weather conditions, Baidu and BMW teamed up to release a modified BMW 3 late last year that demonstrated no issues in these conditions.

See the test drive in the video below:

What boosts Baidu's efforts is that its autonomous vehicles contain driving maps that are super accurate in determining vehicle positioning. This technology enables the car to detect other vehicles on the road, but one of Baidu's chief scientists, Andrew Ng, has further plans (and reservations).

Ng recommends a mobile app that allows humans to communicate directly with autonomous vehicles in the case of road closures or construction. Thus, allowing the cars to avoid them. But he feels that the future of autonomous cars is still a ways off. "Maybe in the distant future, we could make it drive like a human driver, but not in two years," Mr. Ng says.

Read This Next
Chinese Chatbots
Chinese Company Gearing Up to Release Powerful ChatGPT Competitor
D'oh!
US Military Horrified by Chinese Military Spending Money on Exact Same Crap They Do
Robo Cops
China Deploys Its First Robot Traffic Police
Always Watching
China Is Installing “AI Guards” in Prison Cells
Arms Race
China Thinks AI Could Make Its Military As Powerful as America's
More on Artificial Intelligence
Naughty Botty
Yesterday on futurism
Amazing "Jailbreak" Bypasses ChatGPT's Ethics Safeguards
Immortality Lite
Yesterday on futurism
Metaverse CEO Says ChatGPT Is Speeding Up Timeline for Emulating Dead People
Year of Efficiency
Friday on the byte
Zuckerberg Says Facebook Will Lean Hard Into AI
READ MORE STORIES ABOUT / Artificial Intelligence
Keep up.
Subscribe to our daily newsletter to keep in touch with the subjects shaping our future.
+Social+Newsletter
TopicsAbout UsContact Us
Copyright ©, Camden Media Inc All Rights Reserved. See our User Agreement, Privacy Policy and Data Use Policy. The material on this site may not be reproduced, distributed, transmitted, cached or otherwise used, except with prior written permission of Futurism. Articles may contain affiliate links which enable us to share in the revenue of any purchases made.
Fonts by Typekit and Monotype.