Do People Dream of Electric Cars? Audi Seems to Think So 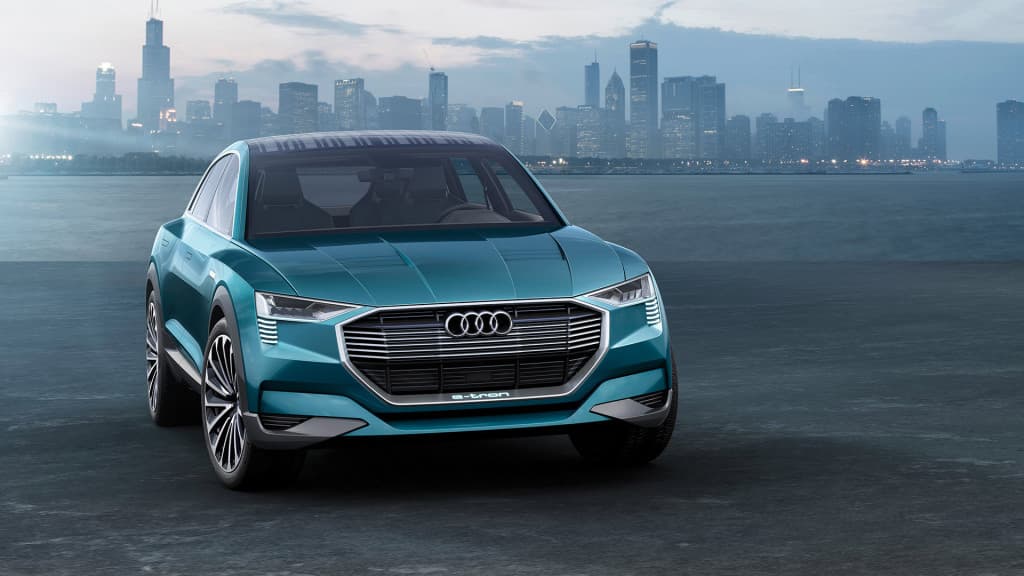 An ambitious claim was made by Scott Keogh, President of Audi of America—Audi intends for 25% of its portfolio of cars to either be battery-powered or plug-in hybrid models in just 10 years.

Audi’s vision means the manufacturer might potentially equal (or go above) Tesla Motor’s efforts, which has so focused a lot more effort on understanding and addressing the needs of electric cars, and the users who drive them, so that it stands out from competition. With this announcement, Audi joins numerous luxury car manufacturers, including BMW, in declaring their commitment to more sustainable vehicular options.

Audi’s e-Tron Quattro Concept is expected to be available by 2018 and is currently releasing its first plug-in vehicle, the 2016 Audi A3 e-Tron Sportback hybrid—the latter marks the first simultaneous national roll-out of any plug-in model. Audi has also announced that it will offer hybrid versions of its numerous sport-utility and sedan vehicles.

The company is also working on a nationwide network of 150-kilowatt charging stations, which will be powerful enough to fill a 95-kWh battery to 80 percent full in 30 minutes.

As more and more mainstream car brands explore the market’s potential for mass adoption of electric cars, this move will hopefully make the technology more accessible as well as affordable. It may also pave the way for use of the Combined Charging Standard (CCS) quick-charging protocol a standard for all electric and hybrid car users, giving users a strong national charging network for the vehicles.

Read This Next
Futurism
The Electric Vehicle Takeover: A New All-Electric Car Is on the Way
Futurism
Not Only Are Electric Cars Better for the Environment, They Could Save Us Billions
Futurism
Toyota Just Unveiled the Most Efficient Plug-In Ever, the Prius Prime
Futurism
Audi's New Suspension System Converts Potholes Into Energy
Futurism
Tesla Ventures Out of Automotive Industry; Enters the Energy Sector
More on Robots & Machines
Robot Arm News
Yesterday on the byte
European Space Agency Shows Off Concept for Martian Sample Picker-Upper
From the Dept. of...
Yesterday on futurism
The Best Desk Lamps of 2023
Robot Ridicule
Jan 28 on the byte
Hilarious Video Shows Boston Dynamics Robot Failing Horribly
READ MORE STORIES ABOUT / Robots & Machines
Keep up.
Subscribe to our daily newsletter to keep in touch with the subjects shaping our future.
+Social+Newsletter
TopicsAbout UsContact Us
Copyright ©, Camden Media Inc All Rights Reserved. See our User Agreement, Privacy Policy and Data Use Policy. The material on this site may not be reproduced, distributed, transmitted, cached or otherwise used, except with prior written permission of Futurism. Articles may contain affiliate links which enable us to share in the revenue of any purchases made.
Fonts by Typekit and Monotype.