It's not at all what they expected to find. 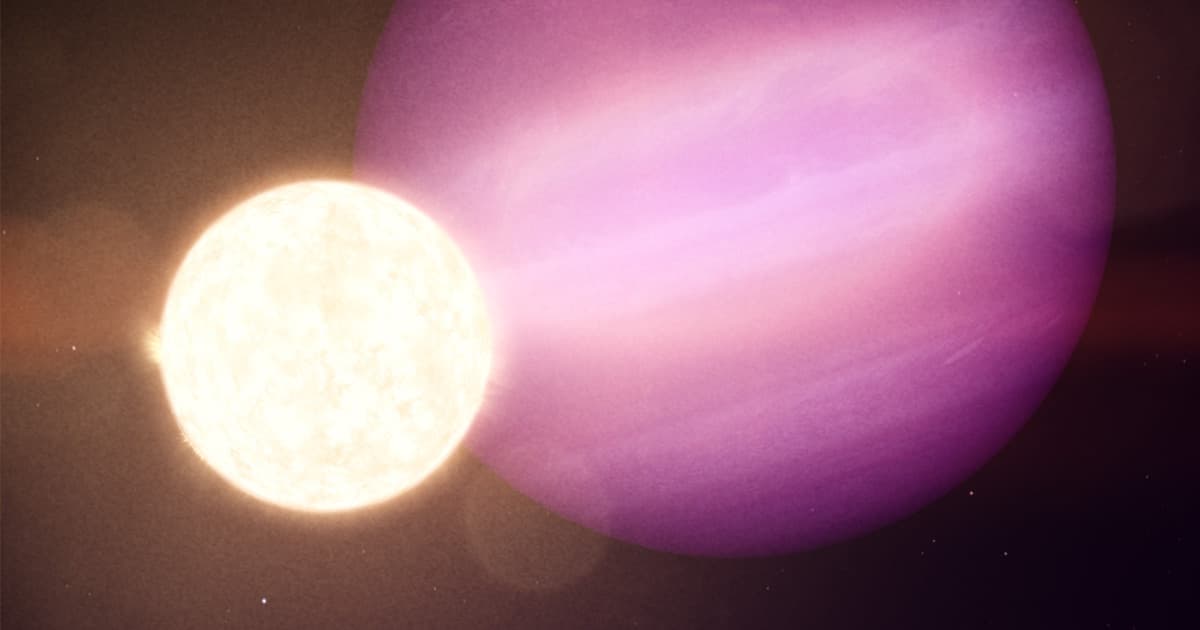 For the first time, a team of astronomers has detected a planet orbiting a white dwarf at a very close distance, circling it every 34 hours.

Most excitingly, the discovery indicates that planets could eventually end up in a white dwarf's habitable zone — where they would theoretically be able to sustain life.

The planet, dubbed WD 1586b and weighing in at 13.8 times the mass of Jupiter, orbits its host star 80 light-years from Earth in the Draco constellation, as detailed in a paper published today in the prestigious journal Nature.

"So far, no intact planets have been detected in close orbits around white dwarfs," the researchers note in the paper.

"The discovery came as something of a surprise," lead author Andrew Vanderburg, assistant professor at the University of Wisconsin-Madison, said in a NSF's National Optical-Infrared Astronomy Research Laboratory (NOIRLab) statement. "A previous example of a similar system, where an object was seen to pass in front of a white dwarf, showed only a debris field from a disintegrating asteroid."

"We were using [NASA's Transiting Exoplanet Survey] satellite to search for transiting debris around white dwarfs, and to try to understand how the process of planetary destruction happens," Vanderburg explained. "We were not necessarily expecting to find a planet that appeared to be intact."

The discovery points toward the possibility that large planets are capable of surviving their host star's final evolutionary stage.

"Because no debris from the planet was detected floating on the star’s surface or surrounding it in a disk we could infer that the planet is intact," Siyi Xu, an assistant astronomer at Gemini Observatory and co-author, said in the statement.

Making the discovery even more unusual was the fact that the planet was found to be extremely cool, "among the coolest we've ever found," according to Xu, with a maximum surface temperature of just 17 degrees Celsius.

White dwarves are the core remnants of stars that have shed most of their energy. They are extremely dense, packing about the mass of the Sun into the equivalent volume of the Earth. As Gizmodo pointed out, that means the planet discovered by Vanderburg's team is actually much larger than the star it's orbiting.

Any celestial object orbiting such a star has little chance of surviving its host's preceding red giant phase, a late phase of stellar evolution in which the star inflates to a much larger radius, heating up considerably in the process.

Once the host star becomes a white dwarf, the intense gravitational forces usually end up sucking up any matter around it. "The white dwarf creation process destroys nearby planets, and anything that later gets too close is usually torn apart by the star’s immense gravity," Vanderburg explained in a University of Texas statement.

"Our discovery suggests that WD 1856b must have originally orbited far away from the star, and then somehow journeyed inwards after the star became a white dwarf,” Vanderburg said in the NOIRLab statement.

"Now that we know that planets can survive the journey without being broken up by the white dwarf's gravity, we can look for other, smaller planets," he added.

More on white dwarfs: This Star Appears to Have Survived a Supernova

Read This Next
From the Dept. of Things to Buy
The Best Humidifiers of 2023
FROM THE DEPT. OF THINGS TO BUY
The Best Places to Buy A Laptop in 2023
Hair Locker
NFL Star Sues Company for Implying It Gave Him a Hair Transplant
FROM THE DEPT. OF THINGS TO BUY
SiOnyx Aurora Pro Night Vision Camera Review: My Secret Late-Night Adventuring Tool
From the Dept. of Things to Buy
The Best Air Fryers of 2023
More on Sci-Fi Visions
What is Happening
Yesterday on the byte
Elon Musk Sets His Twitter Account to Private
Human v. Giraffe
Jan 24 on the byte
Chaotic Italian Fashion Line Baffles Facial Recognition Software
Step One
Jan 24 on the byte
World’s Third Richest Person Says He’s Developed "Addiction" to ChatGPT
READ MORE STORIES ABOUT / Sci-Fi Visions
Keep up.
Subscribe to our daily newsletter to keep in touch with the subjects shaping our future.
+Social+Newsletter
TopicsAbout UsContact Us
Copyright ©, Camden Media Inc All Rights Reserved. See our User Agreement, Privacy Policy and Data Use Policy. The material on this site may not be reproduced, distributed, transmitted, cached or otherwise used, except with prior written permission of Futurism. Articles may contain affiliate links which enable us to share in the revenue of any purchases made.
Fonts by Typekit and Monotype.