The Second Alien Probe We Detect May Be Particularly Bizarre, Scientist Says

There's a simple reason why. 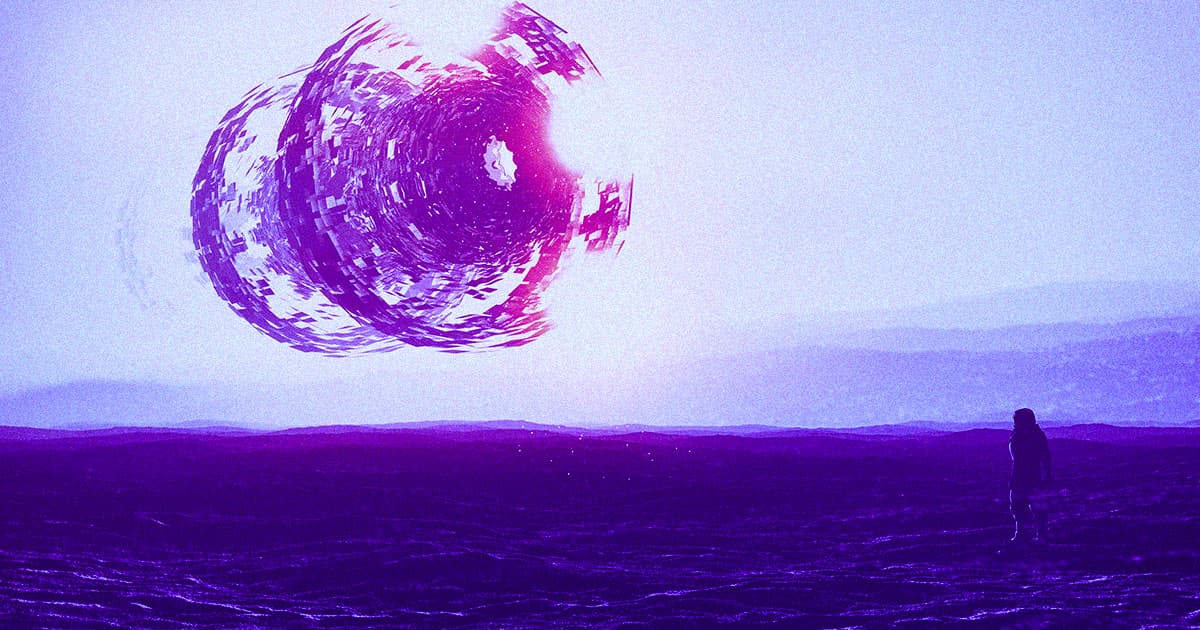 Imagine for a moment that humankind intercepts an alien probe, sent from countless lightyears away.

Our scientists would study it, Universe Today's Evan Gough predicts, doing their best to unlock its secrets and eventually stashing it away in a museum when they were done.

Perhaps we'd send out own probe back where it had come from. But then, due to the annoyingly slow speed of light, we would have nothing to do but wait, for decades or perhaps millennia, for a followup spacecraft.

If it ever came, according to a recent paper published in the International Journal of Astrobiology and spotted by Gough, our top minds might be in for a mind-bending surprise: that second probe may actually have been launched prior — and hence be much less interesting — than the first.

"If a space-faring civilization embarks on a program to send probes to interstellar destinations, the first probe to arrive at such a destination is not likely to be one of the earliest probes, but one of much more advanced capability," wrote University of California astronomer Graeme Smith in the paper.

"This conclusion is based on a scenario in which an extraterrestrial civilization (ETC) embarks upon an interstellar program during which it launches increasingly sophisticated probes whose departure speed increases as a function of time throughout the program," he added.

Making matters even more confusing, it's even possible that the first interstellar probe may not have been sent with the intention of reaching another civilization at all — not unlike Voyager 1, which reached interstellar space to study it, not to visit another alien race (though it does contain a message for any aliens who happen to scoop it up.)

In short, first contact could likely be the result of a recipient coming across an ancient technological artifact, much like the theories surrounding interstellar object 'Oumuamua, which some experts have argued could be exactly that.

In his paper, Smith assumed that an alien civilization won't wait until its interstellar travel program reaches a certain technological threshold and sends its probes out whenever it is feasible. After all, we didn't.

Which leaves the question: "What probes will be the first to arrive at a disparate planetary system within which there is a civilization capable of retrieving the vehicle?" as Smith writes in his paper.

Smith hypothesizes that an intelligent extraterrestrial civilization with the capability of sending probes into interstellar space would iterate on its own tech, allowing its probes to cover vast distances at increasingly faster speeds.

Assuming that our tech advances linearly, if Earth were to send a probe every 100 years starting with Voyager 2, the kind of probes being sent over 10,000 years from now would get to its destination in a fraction of the time it would take Voyager 2 to cover the same distance.

Smith extrapolates this purely hypothetical scenario in his paper, finding that the 140th probe sent some 14,000 years from now would arrive at the same destination almost two million years before Voyager 2.

In short, if they were to ever receive these probes, an extraterrestrial civilization would receive some seriously confusing signals, and not in the order as intended.

"The ETC would already know more about humanity than could be crammed into a whole spacecraft jammed full of golden records,"  writes in an article on the paper. "It would be like finding a child’s piece of art and showing it to them when they were 80."

But what would happen if technology advances exponentially, not linearly? In simple terms, the difference between the time it takes for the early probes to get to their destination compared to their future iterations would be far greater.

Sure, Smith's thought experiment may be nothing more than speculation — but in the event of an extraterrestrial civilization ever trying to get in touch with us, it can't hurt to be prepared.

READ MORE: Game of Probes: The First Probe Sent to Another Civilization Won’t Be the First to Arrive [Universe Today]

Read This Next
Loose Signal
Potential Alien Signal Coming From Direction of Earthlike Planet, Scientists Say
Futurism
How Will Humans React If We Discover Alien Life? This New Study Just Found Out (and Surprised Us)
Futurism
First Contact With Extraterrestrials Might Be a Very Good Thing
More on Off World
Killernova
6:10 PM on the byte
Scientists Find "One in Ten Billion" Star System Primed to Explode in Titanic Kilonova
Lonely Planet
Yesterday on futurism
Scientists Find Nearby Planet the Same Size of Earth, Plan to Search It for Life
Take Cover
Feb 4 on the byte
Space Startup Blows Up Another Giant Inflatable Space Station Module
READ MORE STORIES ABOUT / Off World
Keep up.
Subscribe to our daily newsletter to keep in touch with the subjects shaping our future.
+Social+Newsletter
TopicsAbout UsContact Us
Copyright ©, Camden Media Inc All Rights Reserved. See our User Agreement, Privacy Policy and Data Use Policy. The material on this site may not be reproduced, distributed, transmitted, cached or otherwise used, except with prior written permission of Futurism. Articles may contain affiliate links which enable us to share in the revenue of any purchases made.
Fonts by Typekit and Monotype.