Artists Furious About AI That Draws Stylized Portraits of People

"Artists deserve more than to feel like they're being discarded for some soulless robot." 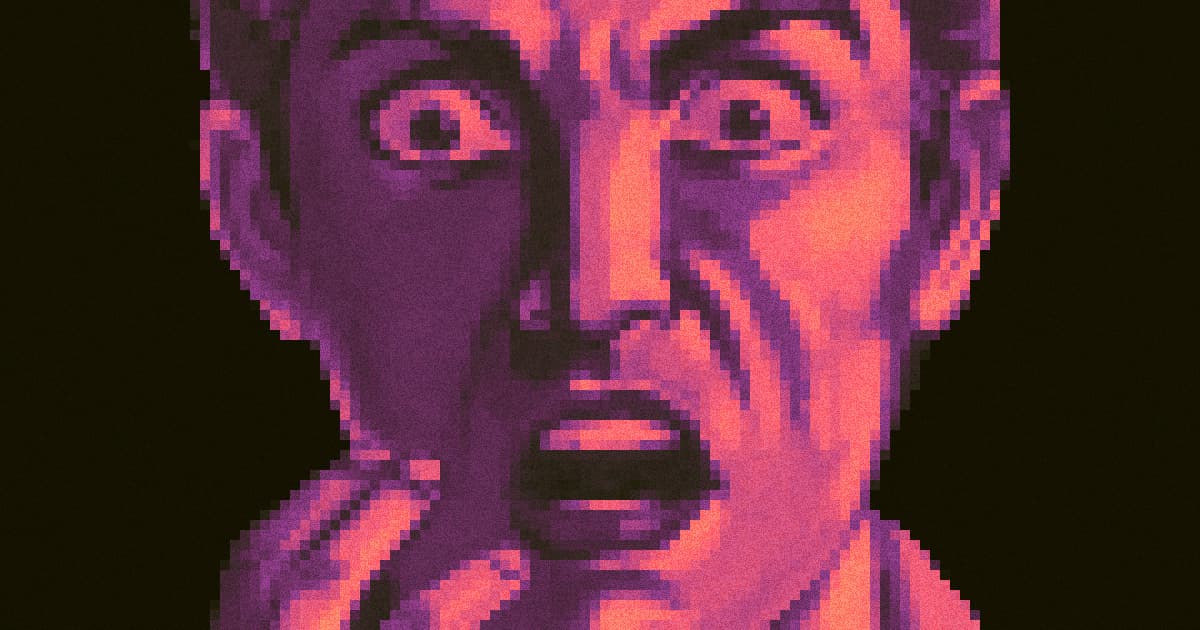 Over the past year, AI generated images have skyrocketed in popularity, even featuring on magazine covers and winning art competitions, thanks to an onslaught of new generators that can come up with new pieces of art for free or a small fee.

Lensa, a new AI-powered image generating app can whip up stylized portraits from ten to 20 input images that a user uploads of themselves or somebody else, has reignited a heated debate over whether human artists are being unfairly ripped off by having their work remixed without permission.

It's easy to see why apps like Lensa have captured the imagination of millions of users. The portraits Lensa spits out come in a variety of flashy styles that are arguably pretty convincing to the uncritical eye. At only $7.99 a pop for a batch of 50 images, many have found Lensa to be the perfect way of creating a profile picture for social media at a negligible cost — a big upgrade over blurry selfies and unflattering group photo crops.

But human artists are crying foul, arguing that the growing ubiquity of art made from AI tools is not only a threat to their livelihoods, but to their carefully honed identities as an artist as well.

Many have gone as far as to say that the AI-generated portraits amount to theft of their existing works.

"Instead of paying [$12] for unethical AI art that steals from artists and doesn't even look good," one artist wrote, "you can give me [$30] and I'll do you a little sketch and you can have a profile pic without the burden on your conscience or some company owning your face."

Not unlike a human artist, an AI image generator learns from existing art. But that's where the similarities largely end, though, because the neural networks that power these algorithms — in this case, the free and open-source Stable Diffusion — are trained indiscriminately using millions upon millions of images available online.

However, none of these artists were ever asked for permission or otherwise consulted before their works were incorporated into the data set — to the chagrin of many.

Only under a very specific circumstance can artists have their work pulled. Namely, if one of the images in the dataset contains you and has your name attached to it, you can file a takedown request — if you live in the EU, which has robust data protection laws. Otherwise, there's basically no way for artists to opt out.

To rub salt in the wound, Stable Diffusion, up until a recent update, allowed users to easily and directly mimic the style of a specific artist, teetering on brazen plagiarism.

So while artists are never actually receiving any credit or exposure for their work even though imitating their specific styles is a selling point of using these image generators, middlemen services like Lensa pocket all the money.

In the face of AI image generators' popularity, many artists have spoken out against their use, like Greg Rutkowski, a fantasy artist whose work is being unashamedly ripped off so often that his style has become essentially synonymous with cheap-looking, computer-generated imitations.

"I probably won't be able to find my work out there because [the internet] will be flooded with AI art," he told MIT Technology Review back in September. "That's concerning."

Fast forward a couple of months and Lensa is the hottest entry point for newcomers into AI images, prompting further backlash online.

"These AI steal examples of art that were born from years of practice and expensive classes," reads a popular Twitter thread from voice actress Jenny Yokobori in response to the flurry of Lensa profile pictures. "Artists deserve more than to feel like they're being discarded for some soulless robot."

Of course, AI designers have pushed back against accusations that their tools steal from the work of human artists.

But given the fact that tools like Lensa leave the mangled remains of the original artists' signatures in their generated images, it's a bit of a moot point.

"Seeing a Lensa portrait where what was clearly once an artist's signature is visible in the bottom right and people are still trying to argue it isn't theft," tweeted graphic designer Lauryn Ipsum, who provided dozens of damning examples.

I’m cropping these for privacy reasons/because I’m not trying to call out any one individual. These are all Lensa portraits where the mangled remains of an artist’s signature is still visible. That’s the remains of the signature of one of the multiple artists it stole from.

In the age of the internet, it's now easier than ever to find the right artist and throw them a couple bucks for a custom portrait. Those artists have been toiling away for years putting their art out there, building an online following and brand, and refining their own distinct style.

Services like Lensa have added fuel to the fire over the debate surrounding the rights of an artist to protect their intellectual property. Do these tools represent the next stage of the democratization of art, which was arguably already democratized thanks to the internet — or are they actually just stealing from artists without giving credit where credit is due?

Artists have made their answer clear.

At the end of the day, an AI image generator takes an artist's hard work, amalgamates it, and repackages it in a consumer-friendly form — without giving back to the art community.

Maybe AI being used to augment artists' toolkits would be more palatable over outright replacement, but the rhetoric of its proponents, who often lambast artists for complaining, make it clear that helping artists was never the endgame.

More on AI generated images: Anime Fans In Japan Are Not Happy With AI-Generated Manga

Read This Next
AI After All
This Entire Sci-Fi Magazine Generated With AI Is Blowing Our Puny Human Minds
Unstable Diffusion
Artists Sue Stable Diffusion and Midjourney for Using Their Work to Train AI That Steals Their Jobs
More on Artificial Intelligence
We're in Hell
Yesterday on the byte
Scammers Are Already Convincing Idiots They Can Get Rich Using ChatGPT
Bing Bing Bing!
Yesterday on the byte
Microsoft Appears to Have Accidentally Launched New Bing With ChatGPT Functionality
Naughty Botty
Feb 4 on futurism
Amazing "Jailbreak" Bypasses ChatGPT's Ethics Safeguards
READ MORE STORIES ABOUT / Artificial Intelligence
Keep up.
Subscribe to our daily newsletter to keep in touch with the subjects shaping our future.
+Social+Newsletter
TopicsAbout UsContact Us
Copyright ©, Camden Media Inc All Rights Reserved. See our User Agreement, Privacy Policy and Data Use Policy. The material on this site may not be reproduced, distributed, transmitted, cached or otherwise used, except with prior written permission of Futurism. Articles may contain affiliate links which enable us to share in the revenue of any purchases made.
Fonts by Typekit and Monotype.