Artificial Light Has Made Life Easier — Unless You're an Astronomer 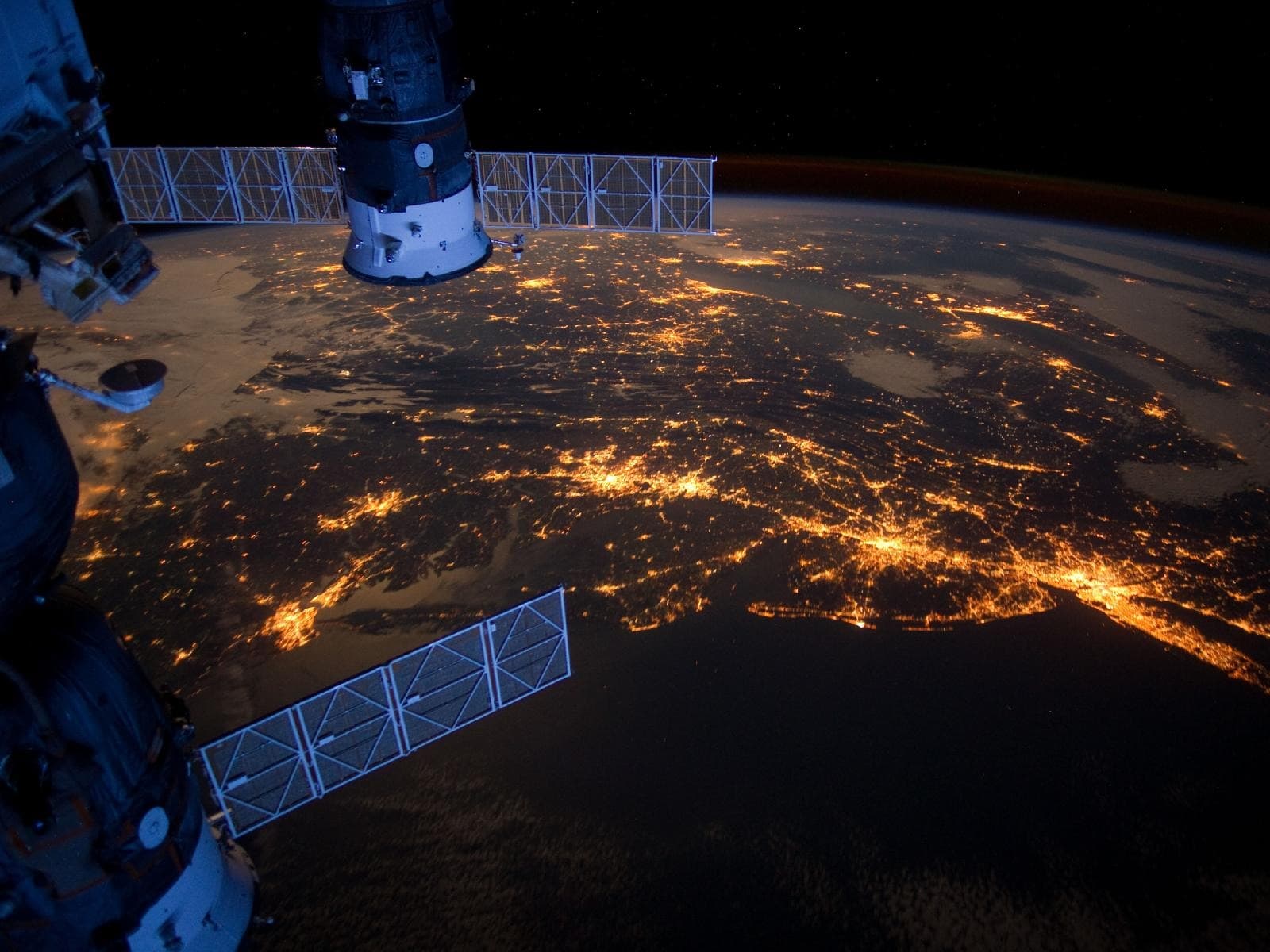 Brian is bringing the story of science to the world. Uncover the mysteries here: https://www.kickstarter.com/projects/64470060/big-science

Artificial light has transformed human society. It frees us from the darkness, and allows us to light our homes and communities. It has also made the night sky increasingly less dark, which poses a challenge to astronomers. And it’s gotten worse in recent years, thanks to an energy-saving light known as LEDs.

The earliest light bulbs (of Edison fame) were extremely inefficient. They produce incandescent light by electrically heating a thin wire of metal to the point that it emits light. But only a small fraction of the light emitted is visible. Most of it is infrared, which we feel as heat. The bulbs make much better heaters than lights, and for a time there were even toy ovens that used a light bulb to bake little cookies or muffins. Their big advantage was that they were cheap and reliable.

As energy costs rose, the quest for greater efficiency led to new types of light bulbs. The most popular were variations known as fluorescent lights. These involve a tube of low-pressure mercury gas. An electric current is passed through the gas, causing it to emit ultraviolet light. The interior of the tube is coated with a phosphorus powder that converts ultraviolet light to visible light. The efficiency of these lights made them ubiquitous in large lighting environments such as office buildings, but their greenish hue and flickering nature were often found irritating. What we really needed was a light that is highly efficient and emits a more sun-like light.

The latest answer to that challenge is the Light Emitting Diode, or LED. These are based on semiconductors. The same type of semiconductors used in computers and other electronic devices, except that they are built to emit light. They are highly efficient, but only emit light in a narrow color range. However by combining LEDs of different colors you can approximate the wide spectrum of colors produced by sunlight.

Early on LEDs were expensive, but even as costs came down they still failed to mimic sunlight well. That’s because there weren’t any good blue LEDs. Early LED lightbulbs were an odd yellowish-orange, since they didn’t emit much light in the blue spectrum. But in 1993 Shuji Nakamura developed an efficient blue LED. This was such a big breakthrough that he was awarded the 2014 Nobel prize in physics for his work. LED lightbulbs could now be produced that emit a more natural white light. But this breakthrough has had unintended consequences.

As the price of white-LED lights have dropped, they have become a favored choice for both interior and exterior lighting. For outdoor lighting in particular they have started to replace mercury vapor and sodium vapor lights. Their low cost and high efficiency has also resulted in a rise of exterior lighting. The white glow of LEDs has filled our communities and homes. But white-LED lights depend upon blue LEDs, and are brightest in the blue spectrum. And blue light pollution is bad for astronomy.

If you’ve ever wondered why the sky is blue, the answer comes from the fact that our atmosphere scatters blue light more than red. Sunlight comes in a rainbow of colors, but it is the blue that is scattered across the sky, giving it a blue hue. Since modern LED lights emit a lot of blue, it is scattered by the atmosphere, giving a diffuse blue glow at night. We don’t notice it with the naked eye, but for astronomers it is a constant glow of light pollution. As more lights are converted to LEDs, the astronomer’s sky becomes ever less dark.

There are ways to help astronomers, such as making sure lights are shielded to focus only at the ground, and using “warm” LEDs that don’t emit strongly in the blue. In particularly sensitive areas, one of the best solutions is to use low-pressure sodium light for exterior lighting. You can recognize these by their distinct yellow-orange glow. That’s because they emit light at at very narrow range of colors, which makes it easy for astronomers to filter out.

Given all the advantages, we aren’t likely to give up artificial lighting. But sometimes we have to balance the desire for a brilliant night with the desire to see the stars.

Read This Next
Name Game
NASA May Still Rename James Webb Telescope Over Homophobia Controversy
Search for Life
Former Astronaut Suggests Specific Planet for James Webb to Search for Life
Far Out
Proposed Mission Would Explore Interstellar Object ‘Oumuamua
History Repeating
Astrobiologist: Humans Are Going to Ruin Outer Space
On The Event Horizon
Here's Why Everyone's so Excited About the Black Hole Image
More on Off World
Mars Drop
2:16 PM on the byte
NASA's Mars Rover Perseverance Just Dropped Off Its Last Sample
Final Selection
Yesterday on the byte
NASA Finalizing Secretive Decision on First Astronauts for the Artemis Moon Mission
Hall Effect
Jan 29 on futurism
Test Suggests Ion Thrusters Could Power Crewed Interplanetary Missions
READ MORE STORIES ABOUT / Off World
Keep up.
Subscribe to our daily newsletter to keep in touch with the subjects shaping our future.
+Social+Newsletter
TopicsAbout UsContact Us
Copyright ©, Camden Media Inc All Rights Reserved. See our User Agreement, Privacy Policy and Data Use Policy. The material on this site may not be reproduced, distributed, transmitted, cached or otherwise used, except with prior written permission of Futurism. Articles may contain affiliate links which enable us to share in the revenue of any purchases made.
Fonts by Typekit and Monotype.