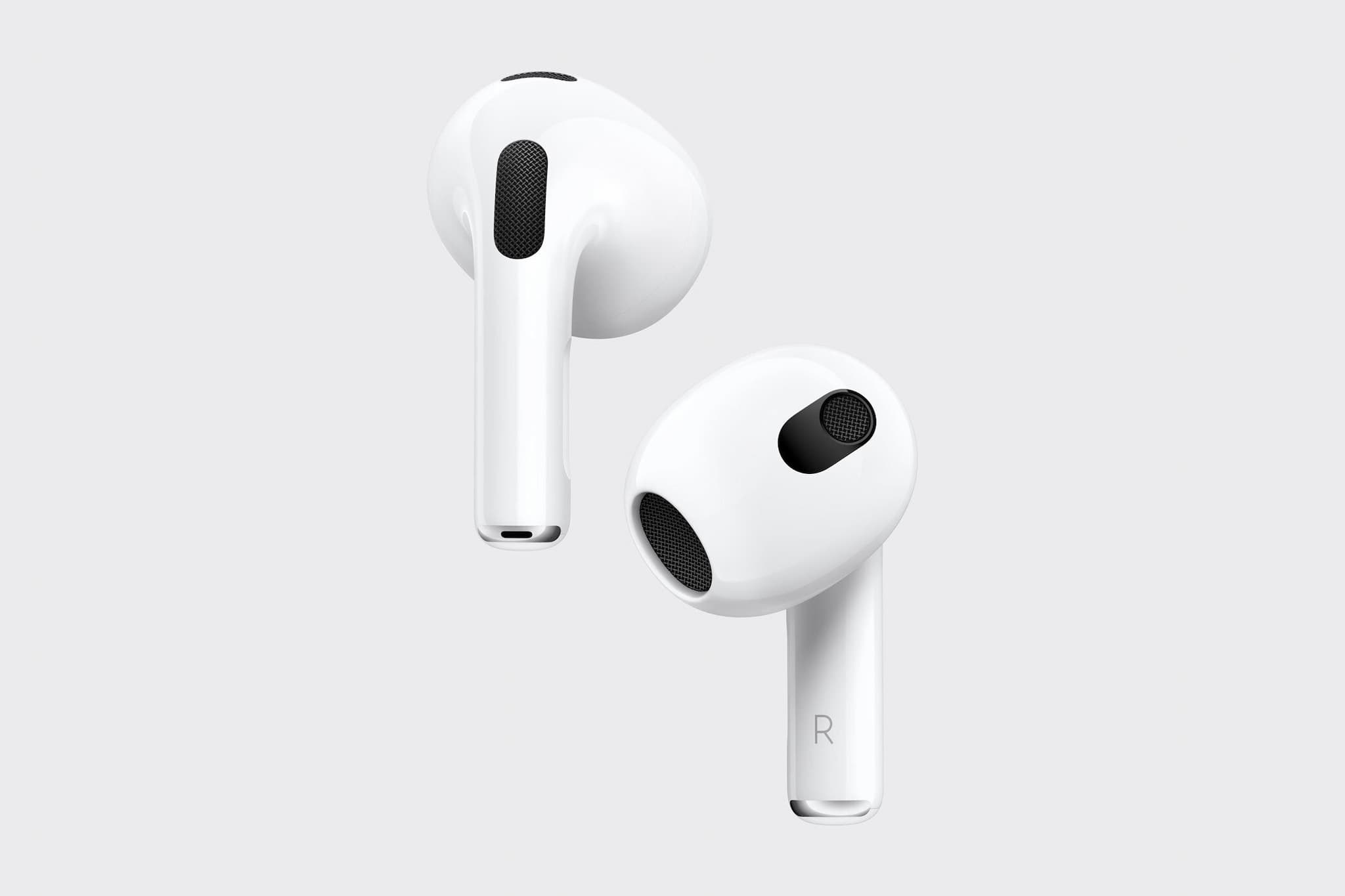 The next generation of AirPods has dropped. Unveiled alongside several new products, the aptly-named AirPods 3 promise to combine several of the best features from Apple’s AirPods Pro like Dolby Atmos and spatial tracking with the classic, stripped-down design of last generation’s standard AirPods. The new AirPods are set to cost slightly more than their second-generation predecessor, which narrows the price gap between the Pro and standard product lines and sets the stage for a potential update to the AirPods Pro in the near future.

Most of the standout features of the new AirPods 3 are lifted straight from the AirPods Pro, marking a big step forward for the standard AirPods line overall. The new AirPods will feature immersion-enhancing tech like Dolby Atmos surround sound, which simulates space and depth and gives the impression of three-dimensional sound positioned around users’ heads. A new built-in gyroscope takes this feature even further by keeping sound positions consistent even when you move your head.

Other key features adopted from the AirPods Pro include spatial audio technology for added immersion while watching Netflix or participating in group FaceTime calls, as well as a unique “Adaptive EQ” feature that custom-tailors the AirPods’ sound according to your ear physiology and the specific material being played.

The next-generation AirPods 3 boast an extra hour of battery life over their predecessor that can make all the difference for busy people, offering up to six hours of operation on a single charge. Thanks to a new-and-improved charging case that packs enough power for recharging the AirPods a total of four times, the total extended battery life can be stretched to 30 hours before it’s time to recharge your case. If you’re a power user who regularly needs last-minute access to your AirPods, you can also take advantage of the case’s quick-charge design, which grants up to an hour of playtime with just a five-minute charge.

The new AirPods case is also MagSafe-compatible, which should allow for easier attachment and detachment from its charging cable when you’re in a hurry.

While the AirPods 3 take some obvious design cues from their last-generation predecessor, they feature a new and improved “contour” design that’s aimed at delivering an overall more comfortable fit for a wider range of users. Part of this design update also includes shorter stalks, which should make the AirPods a bit sleeker and less conspicuous when hanging in your ears. Users will have the ability to control media playback and answer calls with a simple touch of the stalk, which is equipped with a built-in force sensor.

Other new features include an “enhanced skin-detect sensor” that allows the AirPods to automatically pause media when they’re removed or set down, and an improved pairing process adopted from the AirPods Pro that allows for automatic connection to nearby Apple devices.

Finally, the AirPods 3 are built to the same IPX4 water-resistance specs as their second-generation predecessor, which allows them to be used in mildly wet weather and during sweaty workouts.

The Arrival of the AirPods 3

Apple’s AirPods 3 are now available. At $179, they cost $50 more than the still-available AirPods 2 and $20 more than the AirPods Pro, with which the next-gen AirPods share many features. Judging by this shared feature set and narrow price difference, there’s a good chance that we’ll be seeing a redesign of the AirPods Pro in the near future along with a bump in price.