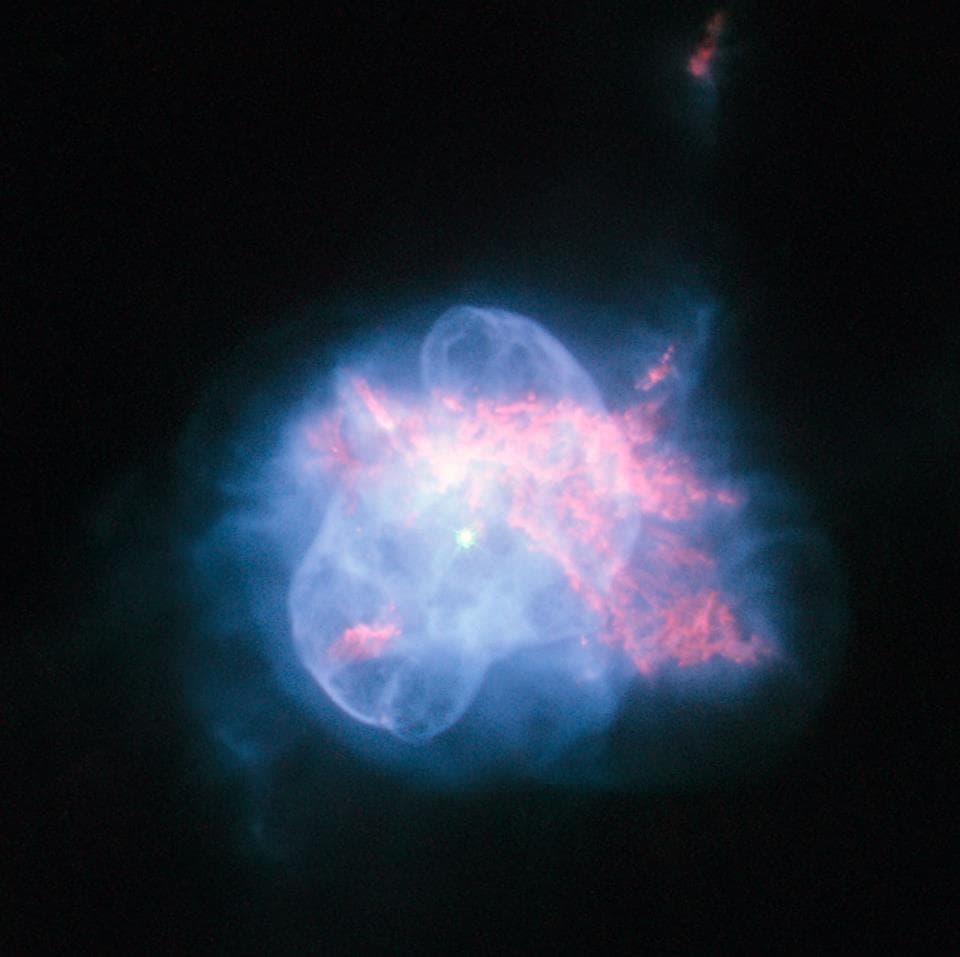 In this image, captured by Hubble Telescope's Wide Field Planetary Camera 2, a strange planetary nebulae can be seen glowing in optical light.

The nebula, formally known as NGC 6210 (or simply as the Turtle nebula if you prefer), lies some 6,500 light-years from Earth in the constellation of Hercules. As is true of other sun-like stars, the outer layer of the gaseous envelope is shed after the remainder of the hydrogen and helium fuel is consumed. This shedding forms a billowy planetary nebula. Many of these form all sorts of different shapes, such as an hourglass, a human eye, butterflies, stingrays, and even a cat's eye. Now we can add another to our list, as this one slightly resembles a turtle swallowing a seashell (to some people...depending on who you ask).

If you look closely, in the inner region of NGC 6210, you can see the central star. This star is now a hot, bright, dense remnant about the size of the Earth, called a white-dwarf. Surrounding this star is a blueish bubble sculpted by gas emissions that the dying star released in its final throes of life.