The universe is stranger than we ever suspected. 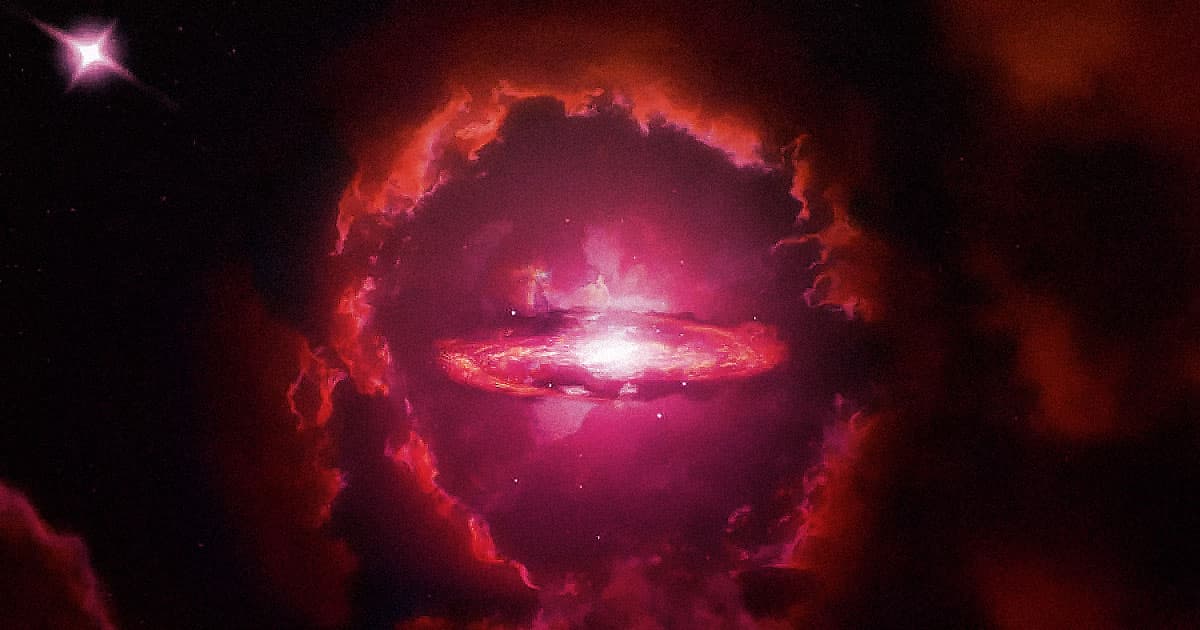 Astronomers say that a massive disk galaxy from the ancient universe, known as the "Wolfe Disk," should never have existed.

"Most galaxies that we find early in the universe look like train wrecks because they underwent consistent and often 'violent' merging," Max Planck Institute for Astronomy researcher Marcel Neeleman said in a statement. "These hot mergers make it difficult to form well-ordered, cold rotating disks like we observe in our present universe."

But according to a paper published in the journal Nature today, Neeleman's team used the Atacama Large Millimeter/submillimeter Array (ALMA) in Chile to discover that the Wolfe Disk was far too orderly by 1.5 billion years after the Big Bang — defying what astronomers believe about the ancient universe.

"While previous studies hinted at the existence of these early rotating gas-rich disk galaxies... we now have unambiguous evidence that they occur as early as 1.5 billion years after the Big Bang," Neeleman said in the statement.

The discovery gets even more intriguing. Using data from the National Science Foundation's Karl G. Jansky Very Large Array (VLA) and the NASA/ESA Hubble Space Telescope, astronomers found that the strange galaxy formed stars at ten times the rate of our own galaxy.

The astronomers have some suggestions that could explain the unusual galaxy's existence and its prowess in producing stars.

"We think the Wolfe Disk has grown primarily through the steady accretion of cold gas," Xavier Prochaska, professor of astronomy at the University of California and co-author, explained in the statement. "It must be one of the most productive disk galaxies in the early universe."

The "cold-mode accretion" theory could point toward the possibility that some galaxies could get a "cold start," allowing them to begin star formation far earlier than previously thought possible. Galaxies that form through "hot-mode accretion," as dictated by conventional wisdom, take time to cool down before they can start forming stars.

Whether the gas involved in the creation of the earliest galaxies was hot or cold has been a controversial subject for decades, according to Scientific American. The new discovery could provide evidence for galaxies forming at an earlier stage through cold gas.

But that still leaves one big mystery: "Still, one of the questions that remains is how to assemble such a large gas mass while maintaining a relatively stable, rotating disk," Prochaska added.

More on galaxies: Astronomers: Something Is Warping Our Entire Galaxy