New technology can track how fast athletes are running without GPS 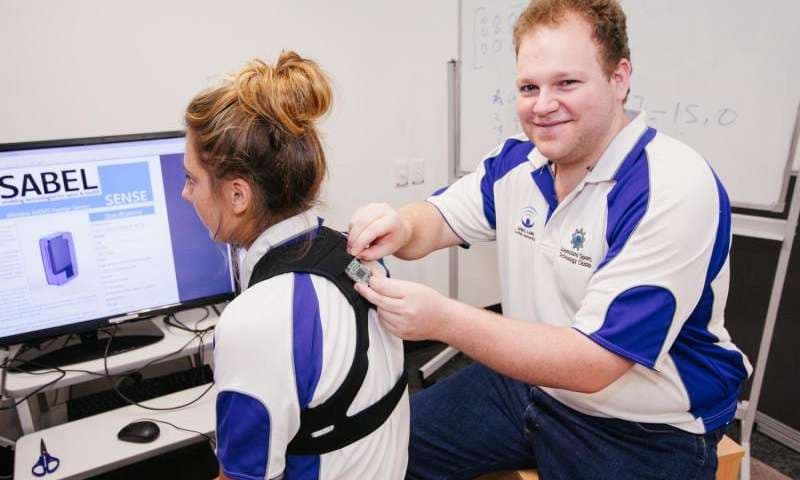 Griffith University's SABEL Labs has created SABEL Sense, which easily outperforms GPS in tracking running speeds and distances through accelerometers. The technology was especially made for athletes to provide them with accurate data on their performance and to avoid over-training. Project Manager Dr. Jono Neville shares that they have found a data processing technique that gathers the athlete's data to create an individualized model.

There has always been a demand for such technology, and given that it's not dependent on external satellites like GPS, changes in speed and direction won't be an issue for SABEL Sense. The GPS alternative has been deemed as a game changer in the industries of sports and wearable technology, and sports organizations like the AFL have already picked it up.

Read This Next
Going Wireless
Hackers Took Over a Subdomain of Wired.com for Several Months and Replaced It With Sleazy Online Casino Content
Heating Up
Employees at TikTok Apparently Have a Secret Button That Can Make Anything Go Viral
Nothing's Real Anymore
JPMorgan Says Startup Tricked It Into an Acquisition by Cooking Up Millions of Fake Users
Enemy Mine
Elon Musk Now Denies That His Family's Emerald Mine Existed, In Spite of Previously Bragging About It
Sounding Off
Adult Performers React to Law Requiring Photo ID to Watch Online Porn
More on undefined
READ MORE STORIES ABOUT /
Keep up.
Subscribe to our daily newsletter to keep in touch with the subjects shaping our future.
+Social+Newsletter
TopicsAbout UsContact Us
Copyright ©, Camden Media Inc All Rights Reserved. See our User Agreement, Privacy Policy and Data Use Policy. The material on this site may not be reproduced, distributed, transmitted, cached or otherwise used, except with prior written permission of Futurism. Articles may contain affiliate links which enable us to share in the revenue of any purchases made.
Fonts by Typekit and Monotype.