An Exclusive Look Inside The Secretive Building Where NASA Makes Rockets

The NASA building is so vast, it has its own weather. 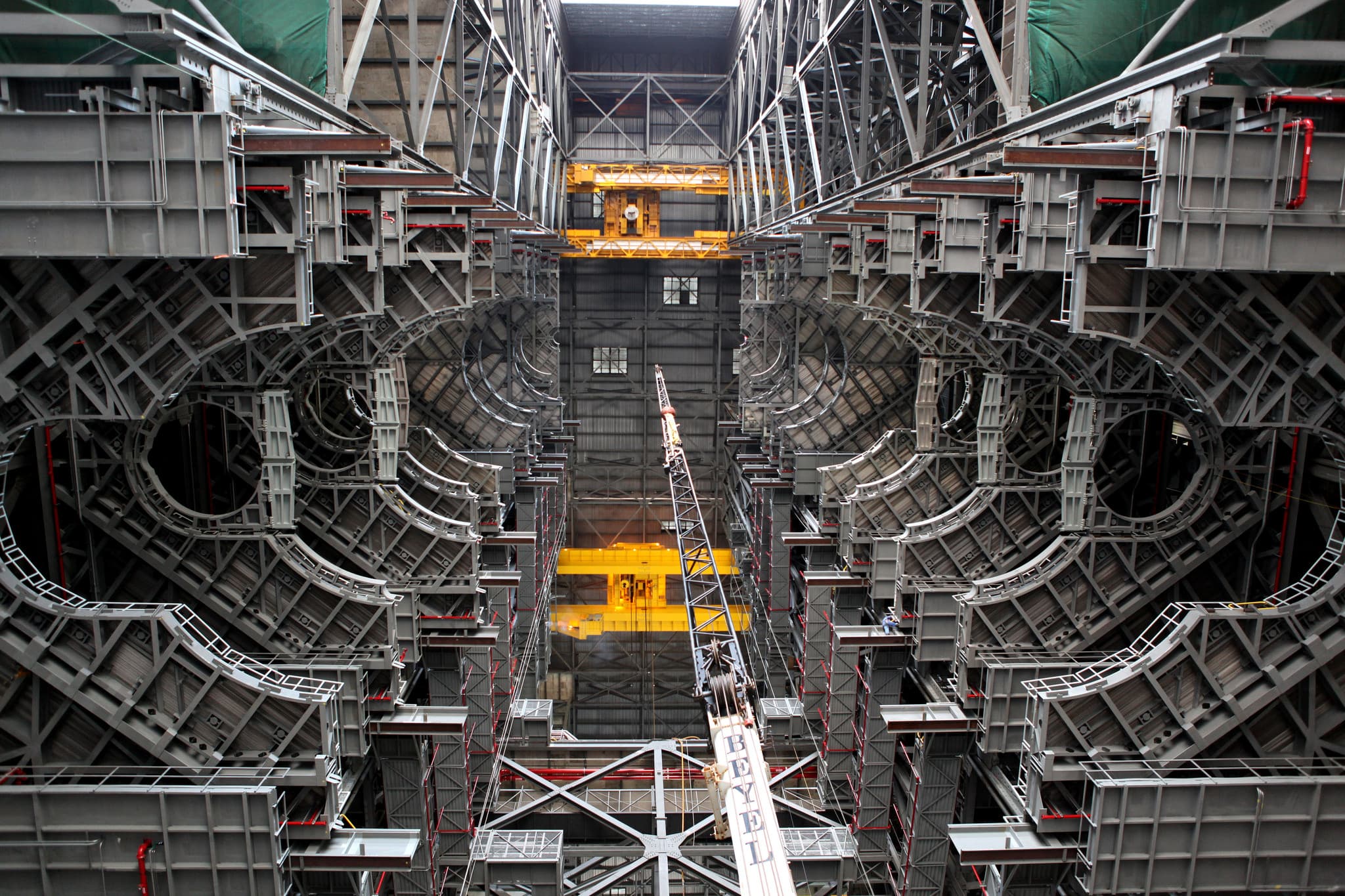 Have you ever considered the logistics that go into assembling NASA's gargantuan rockets?  Well, it all happens in the Vehicle Assembly Building (VAB) at the Kennedy Space Center.

The VAB is the only building in existence that assembled rockets that carried humans to the surface of another world. It was completed just three years before we set foot on the Moon.

The 2,664,883 cubic meter (129,428,000 cubic feet) building is one of the world's largest buildings by volume, and it is the world's largest one-story building. It was built in the early 1960s to house Saturn V rockets of the Apollo Program, and later it was used for Space Shuttle launch configuration. Now, it's being prepped to support the SLS—the rocket that may carry the first humans to Mars.

Ultimately, this building is a critical part of NASA's plans to launch humans (and equipment) into the far reaches of our solar system. But don't start packing your bags to visit; no tours are open to the public. Since 2014, it has been referred to as one of the "restricted areas of America's Spaceport"

Recently though, Futurism got a peek into the VAB, and some inside information from NASA experts on what the future holds for the historic site.

The American flag was the largest in the world when added in 1976. Each of the stars on the flag is 1.83 m (6 feet) across. The blue field is the size of a regulation basketball court.

Some Apollo-era structures still remain in the VAB unused. NASA doesn't clean them out because it's less expensive just to leave them there.

The tallest portion of the VAB is 52-stories-tall, and it is called "the high bay." It encloses four vertical corridors with doors 139 me (546 ft) high that take up to 45 minutes to open completely.

The lower structure has large areas of its own that are used to store rocket components until they are needed, while a transfer aisle down the center connects the bays.

There are five overhead cranes inside the VAB, two of which can hold up to 325 tons.

There's a wall inside the VAB signed by members of the Shuttle team throughout the years.

The Columbia Research Preservation area is located on the 16th floor. The room contains more than 80,000 pieces from the ill-fated mission.

The interior volume of the building is so vast that it has its own weather. Rain clouds have been seen forming below the ceiling on extremely humid days.

And this is what it will look like soon...