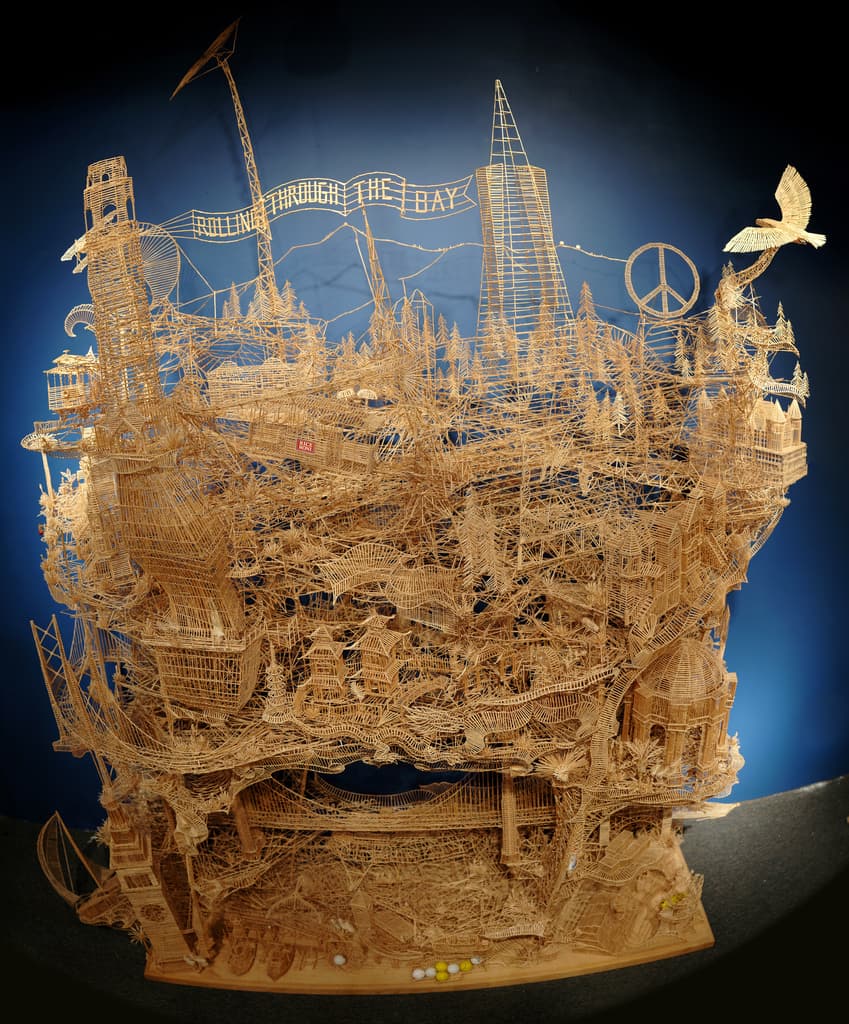 40 years ago artist Scott Weaver started working on an amazing piece of art, and he hasn't stopped. The most impressive bit: It is composed entirely of toothpicks (thousands and thousands of them). Scott started making sculptures when he was just 8 years-old. Many of his pieces were several feet tall, which is more than most of us can probably say. Then, in 1974, he had a bit of a breakthrough. Scott started a new sculpture, and shortly added the Golden Gate Bridge and Lombard Street to it. This is what started (what is now known as) Rolling Through the Bay.

WATCH: Rolling Through the Bay

Scott Weaver's Rolling through the Bay from The Tinkering Studio on Vimeo.

This is a kinetic sculpture that he continued to modify and expand. The elaborate sculpture is composed of iconic symbols of San Francisco, and ping-pong balls can travel throughout the neighborhoods and historical locations, He admits in the video that there are several toothpick sculptures even larger than his, but none has the unique kinetic components he’s constructed. According to his website, Weaver estimates he’s spent over 3,000 hours on the project, and the toothpicks have been sourced from around the world:

I have used different brands of toothpicks depending on what I am building. I also have many friends and family members that collect toothpicks in their travels for me. For example, some of the trees in Golden Gate Park are made from toothpicks from Kenya, Morocco, Spain, West Germany and Italy. The heart inside the Palace of Fine Arts is made out of toothpicks people threw at our wedding.