Advanced Civilizations Could Build a Galactic Internet With Planetary Transits

The possibilities raised by this idea are exciting given that exoplanet-hunting is expected to ramp up in the coming years. 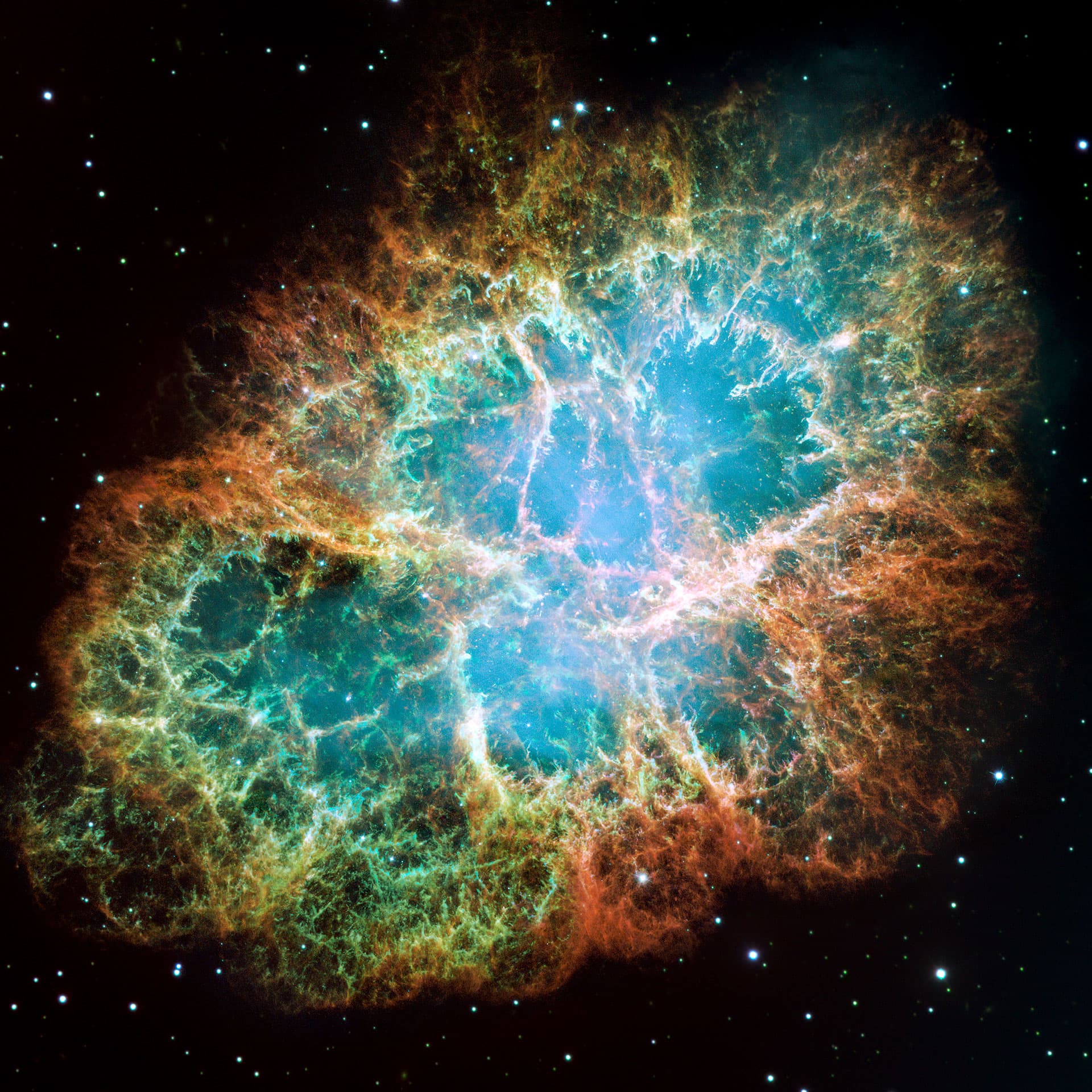 Decades after Enrico Fermi’s uttered his famous words – “Where is everybody?” – the Paradox that bears his name still haunts us. Despite repeated attempts to locate radio signals coming from space and our ongoing efforts to find visible indications of alien civilizations in distant star systems, the search extra-terrestrial intelligence (SETI) has yet to produce anything substantive.

But as history has taught us, failure has a way of stimulated new and interesting ideas. For example, in a recently-published paper, Dr. Duncan H. Forgan of St. Andrews University proposed that extra-terrestrial civilizations could be communicating with each other by creating artificial transits of their respective stars. This sort of “galactic internet” could be how advanced species are attempting to signal us right now.

Forgan’s paper, “Exoplanet Transits as the Foundation of an Interstellar Communications Network“, was recently published online. In addition to being a research fellow at the School of Physics and Astronomy and the Scottish Universities Physics Alliance at the University of St Andrews (Scotland’s oldest academic institution), he is also a member of the St Andrews Center for Exoplanet Science.

The paper begins by addressing the two fundamental problems associated with interstellar communication – timing and energy consumption. When it comes to things like radio transmissions, the amount of energy that would be needed to transmit a coherent message over interstellar distances is prohibitive. Optical communications (i.e. lasers) need less energy, but spotting them would require incredibly precise timing.

As such, neither method would be particularly reliable for establishing an interstellar communications system. Taking a cue from humanity’s recent exoplanet-hunting efforts, Forgan argues that a method where transits in front of a stars are a basis of communication would solve both problems. The reason for this is largely due to the fact that the Transit Method is currently one of the most popular and reliable ways of detecting exoplanets.

By monitoring a star for periodic dips in brightness, which are caused by a planet or object passing between the observer and the star, astronomers are able to determine if the star has a system of planets. The method is also useful for determining the presence and composition of atmospheres around exoplanet. As Forgan indicates in the paper, this method could therefore be used as a means of signalling other civilizations:

“An ETI ’A’ can communicate with ETI ’B’ if B is observing transiting planets in A’s star system, either by building structures to produce artificial transits observable by B, or by emitting signals at B during transit, at significantly lower energy consumption than typical electromagnetic transmission schemes.”

In short, Forgan argued that within the Galactic Habitable Zone (GHZ) – the region of the Milky Way in which life is most likely develop – species may find that the best way to communicate with each other is by creating artificial megastructures to transit their star. These transits, which other civilizations will be looking for (looking for exoplanets, like us!) will lead them to conclude that an advanced civilization exists in another star system.

He even offers estimates on how often such transmissions could be made. As he put it:

“A message with a path of 20 kpc (the diameter of the GHZ) has a total travel time at lightspeed of just under 0.06 Myr. If we assume a relatively short timescale on which both ETIs remain in the transit zone of 100,000 years (which is approaching the timescale on which both secular evolution of planetary orbits and the star’s orbit become important), then a total of 30 exchanges can be made. This of course does not forbid a continuing conversation by other means.”

If this is starting to sound familiar, that’s probably because this is precisely what some theorists say is happening around KIC 8462852 (aka. Tabby’s Star). Back in May of 2015, astronomers noticed that the star had been undergoing considerable drops in brightness in the past few years. This behavior confounded natural explanations, which led some to argue that it could be the result of an alien megastructure passing in front of the star.

According to Forgan, such a possibility is hardly far-fetched, and would actually be a relatively economical means of communicating with other advanced species. Using graph theory, he estimated that civilizations within the GHZ could establish a fully connected network within a million years, where all civilizations are in communication with each other (either directly or via intermediate civilizations).

Not only would this network require far less energy to transmit data, but the range of any signal would be limited only by the extent of these civilizations themselves. Beyond saving energy and having greater range (assuming intermediate civilizations are able to pass messages along), this method presents other advantages. For one, a high level of technological sophistication would be required to pick up the transit of exoplanets.

In other words, civilizations would need to reach a certain level of development before they could hope to join the network. This would prevent any unfortunate “cultural contamination”, where less-advanced civilizations learned about the existence of aliens before they were ready. Second, once acquired, the transit network signals would be extremely predictable, with each transmission corresponding to a known orbital period.

That being said, there are some downsides that Forgan was sure to acknowledge. For starters, the periodicity of these signals would be a double edged sword, as signals could only be sent if and when the receiver begins to see the transit. And while a megastructure could be moved to alter the transit period, this poses problems in terms of synchronizing transmission and reception.

Addressing the limitations of the analysis, Forgan also acknowledges that the study relies on fixed stellar orbits. The orbits of stars are known to change over time, with stars passing in and out of the GHZ regularly on cosmic timescales. In addition, there is also the issue of how such a network would differ between denser regions in the galaxy – i.e. globular clusters – and areas populated by field stars. Binary stars are also not considered in the analysis.

In addition, planetary orbits are known to change over time, due to perturbations caused by neighboring planets, companion stars, or close encounters with passing stars. As a result, the visibility of transiting planets can vary even more over cosmic timescales. Last, but not least, the study assumes that civilizations have a natural lifespan of about a billion years, which is not based in any concrete knowledge.

However, these considerations do not alter the overall conclusions reached by Forgan. Making allowances for the dynamic nature of stars and planets, and assuming that civilizations exist for only 1 million years, Forgan maintains that the creation of an interstellar network of this kind is still mathematically feasible. On top of that, an artificial object could continue to signal other species long after a civilization has gone extinct.

Addressing the Fermi Paradox, Forgan concludes that this sort of communication would take a long time to detect.As he summarizes in the paper (bold added for emphasis):

In short, the reason we haven’t heard from or found evidence of ETI could be an issue of timing. Or, it could be that we simply didn’t realize we were being communicated with. While such an analysis is subject to guess-work and perhaps a few anthropocentric assumptions, it is certainly fascinating because of the possibilities it presents. It also offers us a potential tool in the search for extra-terrestrial intelligence (SETI), one which we are already engaged in.

And last, but not least, it offers a potential resolution to the Fermi Paradox, one which we may have already stumbled upon and are simply not yet aware of. For all we know, the observed drops in brightness coming from Tabby’s Star are evidence of an alien civilization (possibly an extinct one). Of course, the key word here is “perhaps”, as no evidence exists that could confirm this.

The possibilities raised by this paper are also exciting given that exoplanet-hunting is expected to ramp up in the coming years. With the deployment of next-generations missions like the James Webb Space Telescope and the Transiting Exoplanet Survey Satellite (TESS), we expect to be learning a great deal more about star systems both near and far.

Will we find more examples of unexplained drops in brightness? Who knows? The point is, if we do (and can’t find a natural cause for them) we have a possible explanation. Maybe its neighbors inviting us to “log on”!

Read This Next
AI Aliens
Astronomer: Aliens Will Most Likely Resemble AI if We Ever Make Contact
More on Sci-Fi Visions
Human v. Giraffe
Tuesday on the byte
Chaotic Italian Fashion Line Baffles Facial Recognition Software
Step One
Tuesday on the byte
World’s Third Richest Person Says He’s Developed "Addiction" to ChatGPT
FROM THE DEPT. OF...
Tuesday on futurism
The Best Places to Buy A Laptop in 2023
READ MORE STORIES ABOUT / Sci-Fi Visions
Keep up.
Subscribe to our daily newsletter to keep in touch with the subjects shaping our future.
+Social+Newsletter
TopicsAbout UsContact Us
Copyright ©, Camden Media Inc All Rights Reserved. See our User Agreement, Privacy Policy and Data Use Policy. The material on this site may not be reproduced, distributed, transmitted, cached or otherwise used, except with prior written permission of Futurism. Articles may contain affiliate links which enable us to share in the revenue of any purchases made.
Fonts by Typekit and Monotype.