A White Mars: The Red Planet Is Just Emerging From Its Last Ice Age 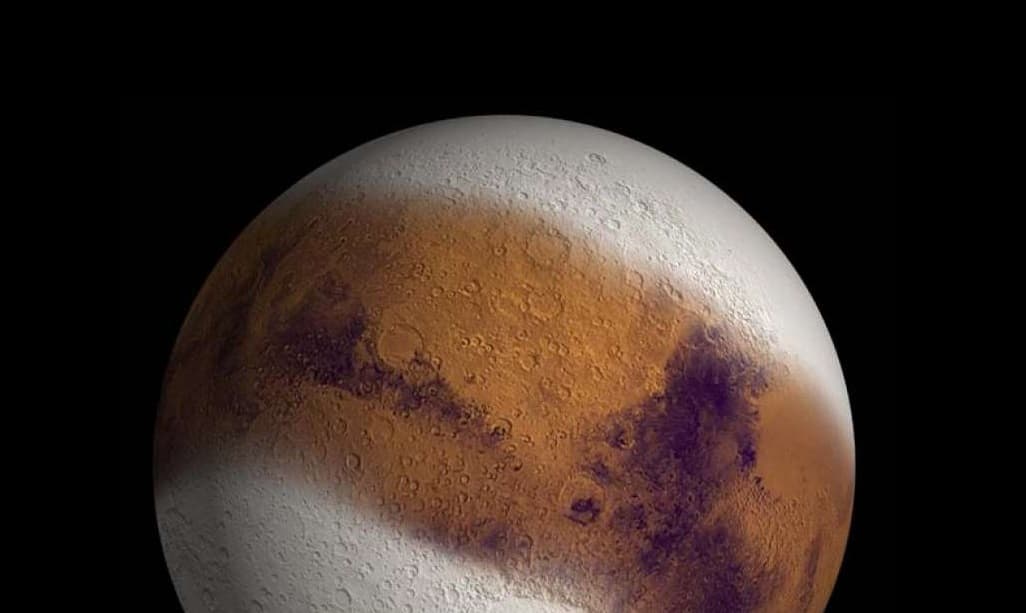 The Ice of Ages Past

While not many people know a great deal about the solar system, most know what color each planet is. Earth is blue, so are Uranus and Neptune. Saturn is yellow. Jupiter is a mix of yellow and orange. While Mercury and Venus are burnt yellow. And Mars is red. That's one of the first things we knew about Mars, that it is the red planet.

But what if it wasn't always that way?

Astronomers from the US have discovered that, just a few hundred thousand years ago, Mars would have been blanketed in the pure white of snow. That's because it just got out of a particularly extreme ice age.

In the study published in Science, the team used cameras and a radar-pinging device on board NASA's Mars Reconnaissance Orbiter to look into the layers of snow and ice packed onto the Red Planet's northern pole. They found out that its last ice age wouldn't have been more than 370,000 years ago.

When Earth's scientists want to turn back the clock and look at our planet's ancient climate, they take long, tubular ice cores and study the particles locked into the ice of the poles. Here, they did something similar. They used NASA's Shallow Subsurface Radar to look at (and beneath) Mars' ice caps—about 2 km deep, to be precise.

The Red Planet's ice ages come from its peculiar orbit: Its spin variation of about 60 degrees (compared to Earth's 2 degrees), and an orbit that can bring it up to 12 percent away from the Sun. What they saw was that Mars is actually in a lull between ice ages. The next one is expected to come around 150,000 years in the future.

Which gives us plenty of time to "unlock" Mars' potentials. Terraforming is predicated on our ability to release its gases and liquids into the atmosphere, and the radar mapping of the poles reveals a lot of H2O and CO2 trapped there.