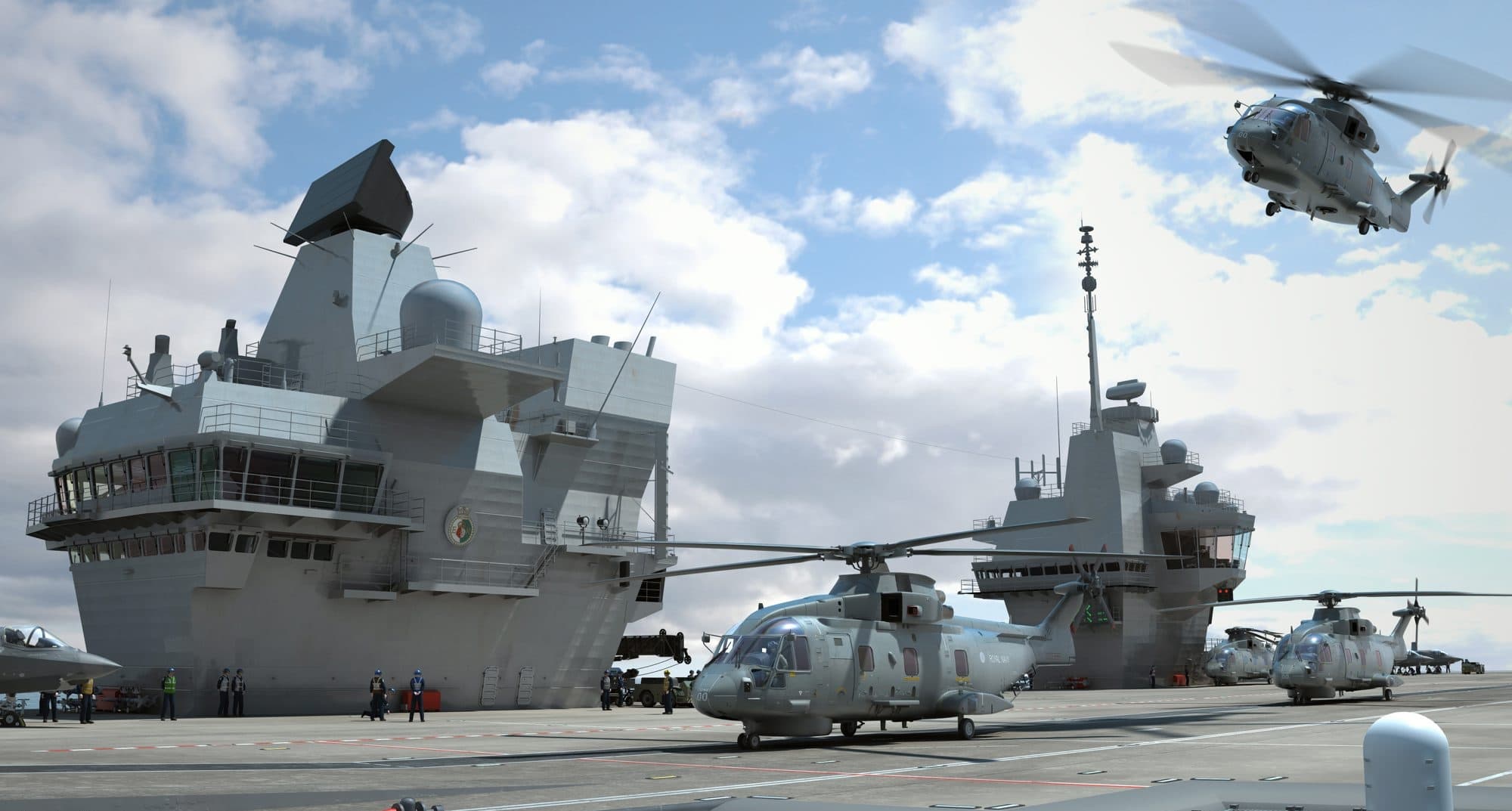 A DJI Phantom drone piloted by a photographer landed on the largest British warship, the HMS Queen Elizabeth, took a photo while on deck, and then flew off again. No one seemed to notice the event or, if they did, showed any signs that they cared.

The unnamed photographer flying the drone even went over to armed guards afterwards and explained what happened. They took down his information, but no one contacted him after.

The photographer claims that the landing was unintentional — he was forced to touch down on the ship due to a high wind alert — but the ease with which he was able to land on the warship raises very important concerns. "I could have carried two kilos of Semtex [plastic explosives] and left it on the deck," the pilot told BBC Scotland.

In fact, terrorist groups like ISIS have been known to weaponize drones. "I would say my mistake should open their eyes to a glaring gap in security. This was a bit of tomfoolery, but it could have been something terrible, not just for the ship and its crew but for the people of Invergordon," the photographer added.

The Ministry of Defense has since reacted, telling the BBC that they are investigating the matter and will be stepping up their security protocols in response. In fairness, the ship is not active or armed, which may have contributed to the lack of concern over the drone.

Drones are a powerful technology, and we do not fully understand their potential. The U.S. already has policies in place that allow drones to be shot down if they get too close to military facilities, but lawmakers across the globe must be proactive in the creation of legislation that addresses any potentially nefarious use of these devices.

Read This Next
FROM THE DEPT. OF THINGS TO BUY
The Best Science Gifts of 2023
Drone Tanker News
The US Navy Just Used a Drone to Refuel a Fighter Jet in Midair
Killer Copter
Middle Eastern Nation First to Buy Drone Armed With Machine Gun
Typical Day In Russia
Watch Russia's New Shotgun-Wielding Drone in Action
Keep Up
Wireless Charging Tech Lets Drones Stay Aloft Indefinitely
More on Robots & Machines
Blow Up Doll
Yesterday on the byte
Ukraine Accuses Russia of Using Inflatable "Dummy Tanks," Which Deflated
From the Dept. of...
Yesterday on futurism
The Best UPS Battery Backups of 2023
FROM THE DEPT. OF...
Jan 29 on futurism
The Best Netgear Routers of 2023
READ MORE STORIES ABOUT / Robots & Machines
Keep up.
Subscribe to our daily newsletter to keep in touch with the subjects shaping our future.
+Social+Newsletter
TopicsAbout UsContact Us
Copyright ©, Camden Media Inc All Rights Reserved. See our User Agreement, Privacy Policy and Data Use Policy. The material on this site may not be reproduced, distributed, transmitted, cached or otherwise used, except with prior written permission of Futurism. Articles may contain affiliate links which enable us to share in the revenue of any purchases made.
Fonts by Typekit and Monotype.