What Would It Be Like to Spend A Day in a Black Hole? 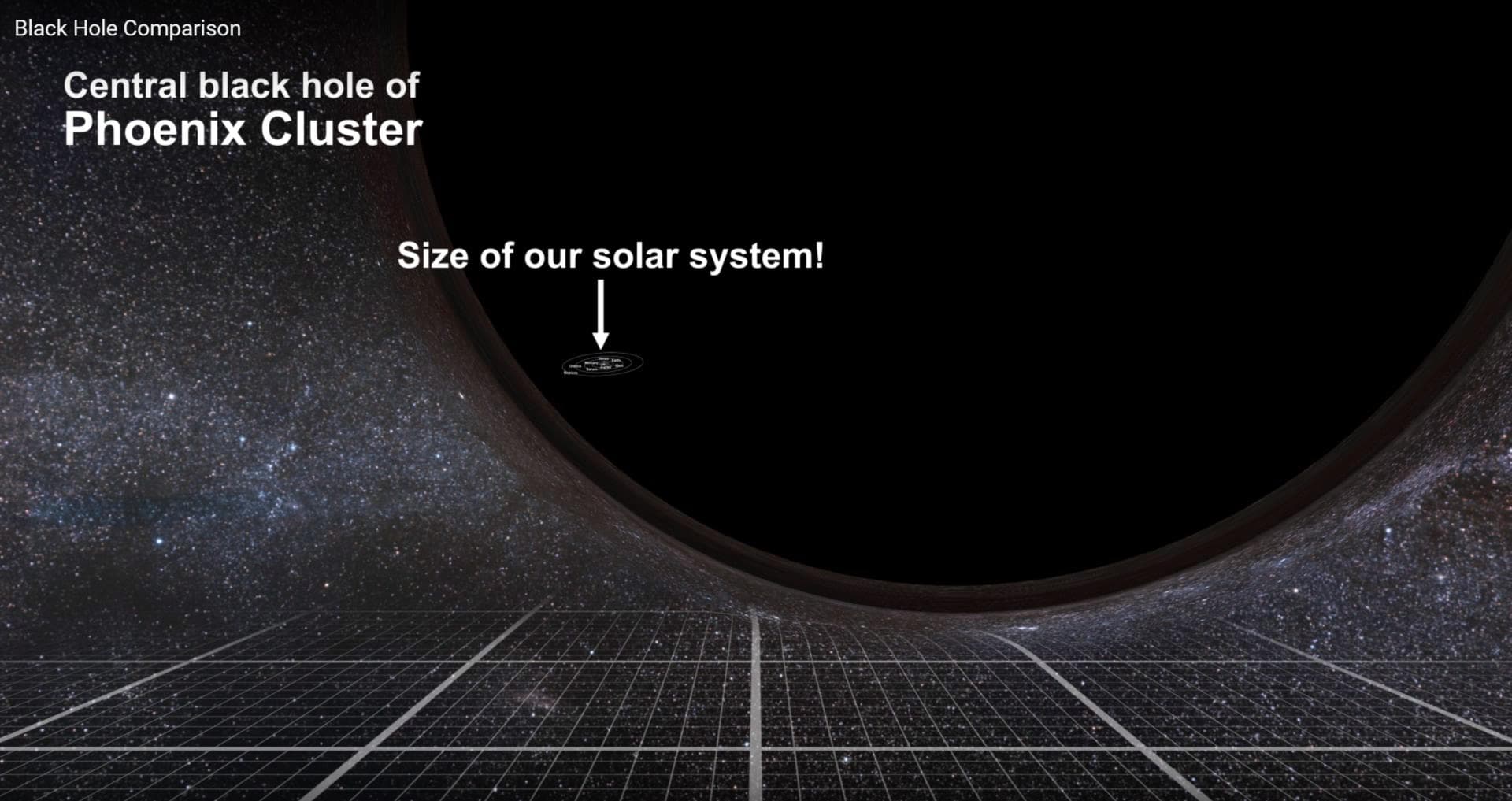 Today, I want to talk about what it would be like to spend a day in a black hole. Admittedly, eternal darkness doesn’t sound like the most appealing vacation spot; however, you shouldn’t be turned off by the unattractive name. Your trip to a black hole will be anything but boring.

For starters, these faceless monsters are the most massive objects in the universe. If visiting  the World’s Largest Potato makes you excited, then a day in a black hole is definitely something you’d enjoy. For example, let’s look at the black hole at the center of galaxy M87; this supermassive mammoth is roughly 6.6 billion solar masses. To give you an idea of just how colossal this black hole is, if it were at the center of our solar system, the event horizon would stretch three times farther than the orbit of Pluto. That’s immense enough to beat any roadside attraction.

However, before you can spend a day in a black hole, you have to make travel arrangements. And as the saying goes, “getting there is half the fun.” The fun begins by trying to find a black hole. Does it seem strange that people have a hard time finding the most massive objects in the universe? Well, maybe just a little bit, but since they are black holes, you can’t actually see them: Not with your naked eyes, x-rays, or other forms of electromagnetic radiation. Nothing.

But fear not! Our travel plans are not completely destroyed. Although we can’t actually see a black hole, we can detect one by the way that it interacts with the observable universe. Radio images are just one way that we can locate a black hole; these images allow us to see the particle jets that are expelled from black hole’s center. We still don’t know exactly how these jets form, or why matter is expelled in this manner; however, we don’t need to understand everything about the universe in order to spend a day in a black hole. The particle jets tell us where a black hole is; that will have to be good enough for now.

So, now we have a location to travel to. But before you commit to spending a day in a black hole, you should know that your excursion will (probably) last a lot longer than you intend. With today’s technology, traveling to the closest known black hole, V4641 Sgr, will take hundreds of millions of years. Even worse, you won’t be able to send any post cards once you arrive…because humans don’t live for hundreds of millions of years (obviously). But even if you were alive upon arrival, you still wouldn’t be able to send any post cards. Once something enters a black hole, there is no way out (that’s kind of what makes it a black hole: it’s a region of space with gravity that is so great that not even light can escape). So no post cards.

Don’t worry though; your friends probably won’t need any post cards. You see, the gravity surrounding a black hole warps the space and time around it. Spacetime is distorted so much that, to an outside observer, any object approaching the black hole seems to slow down and never quite pass the event horizon. This means that anything falling into a black hole appears to take forever. On the plus side, your friends probably won't miss you all that much because they will be able to see you whenever they want, forever teetering on the edge of the black hole.

We also need to talk about safety. Whenever anyone travels, they want to know whether their personal security will be guaranteed at their chosen destination. Unfortunately, black holes are places of excessive violence. If you decide to spend a day in a black hole, you should know that the trip will mostly involve death and destruction. See: Being turned into a spaghetti-like strand of particles as you approach the event horizon.

This happens because of the different gravitational forces impacting your body. The part of your body closest to the black hole will be "pulled" much more than other parts of your body, which basically results in your atoms turning into a long, spaghetti-like strand.

Objects generally don’t fall directly into a black hole; they swirl around the edges like water running down a drain. So essentially, an accretion disk is a big scary ring of fire that surrounds a black hole...you may want to bring some sunscreen because this fiery mass of matter gets heated to hundreds of thousands of degrees.

However, at the end of the day, I'm just here to tell you about what a day in a black hole might be like; it’s up to you to make the necessary travel arrangements in order to secure your safety and ensure your timely arrival. So let's get to the main point...

A Day In a Black Hole:

We'll leave off all this preplanning and get to the main point: What would be it like to spend a day in a black hole?

Unfortunately, in order to tell you what a day in a black hole would be like, we would need to understand how quantum gravity works, which we don’t.

This concludes, “A Day in a Black Hole.”

Read This Next
Monkey Business
China Plans to Send Monkeys to Space Station to Have Sex With Each Other
Overview Effect
William Shatner Says His Space Trip Left Him With a Feeling of Terrible Grief
Astronaut Drip
We Just Got the First Peek at NASA's Artemis Moon Landing Suits
Blast Off
Former Astronaut Details Quest to Grow Cannabinoids in Space
RIP
Unfortunate Comet Flies Too Close to the Sun, Disintegrates and Becomes a Ghost
More on Off World
Heavy Metal
Yesterday on the byte
NASA Mars Rover Finds Metallic Object That Smashed Down on Surface
Small But Mighty
Yesterday on the byte
Baby Asteroid Photobombs James Webb On Accident
Little Guy
Yesterday on the byte
Scientists Prototype "Creeping" Lizard-Like Robot for Exploring Mars
READ MORE STORIES ABOUT / Off World
Keep up.
Subscribe to our daily newsletter to keep in touch with the subjects shaping our future.
+Social+Newsletter
TopicsAbout UsContact Us
Copyright ©, Camden Media Inc All Rights Reserved. See our User Agreement, Privacy Policy and Data Use Policy. The material on this site may not be reproduced, distributed, transmitted, cached or otherwise used, except with prior written permission of Futurism. Articles may contain affiliate links which enable us to share in the revenue of any purchases made.
Fonts by Typekit and Monotype.